Clay Paky Celebrates The Rolling Stones 50th Anniversary across the US 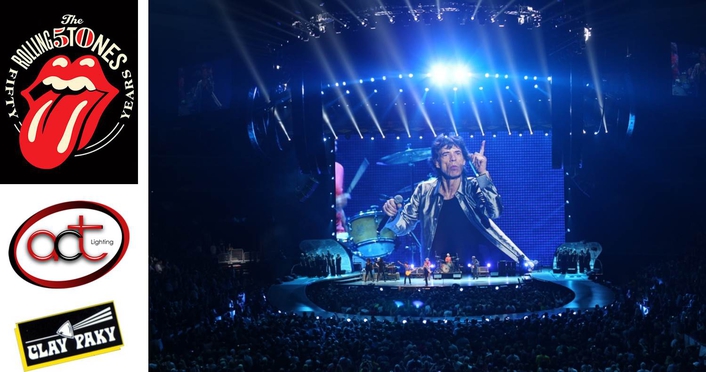 .
The Rolling Stones have wrapped the U.S. leg of their 50 and Counting world tour with Clay Paky lighting fixtures along for the still-wild ride.

The Stones sell-out 50th anniversary tour is their first in six years.  They opened the U.S. leg May 3 in LA and concluded their 18 dates June 24 in Washington, D.C.   The legendary band performed on a stage set featuring a giant set of psychedelic lips and a tongue-shaped walkway that riffed on their iconic logo.

They also scattered a complement of Clay Paky Sharpy fixtures around the trusses.  “You see Sharpys on every show now,” Weber points out.  “It’s a turnaround from a few years ago when we were all using large format lights as our 3rd source.  They add a nice texture to most any look.” 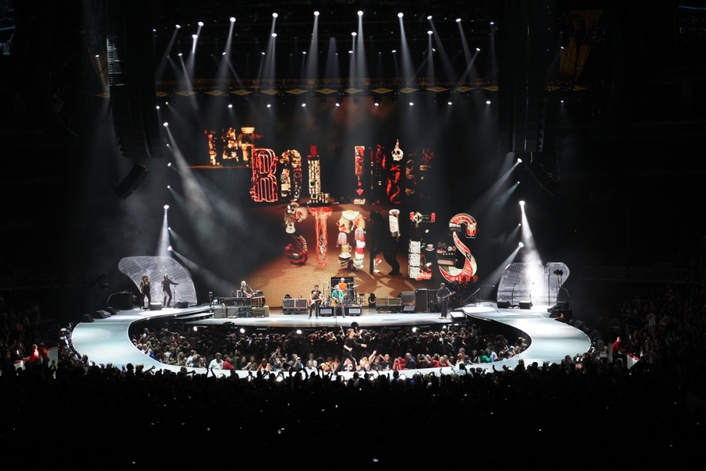 Weber and Programmer/Co-Lighting Director Dave Hill manned two grandMA2 full-size consoles, networked together, for the tour.  “We love them”, says Weber.  “I handled the key lighting on one console and Dave ran the bulk of the system off the other.”  Both men are veteran Stones lighting directors with Hill having programmed every tour since Steel Wheels. And both are veteran MA users. 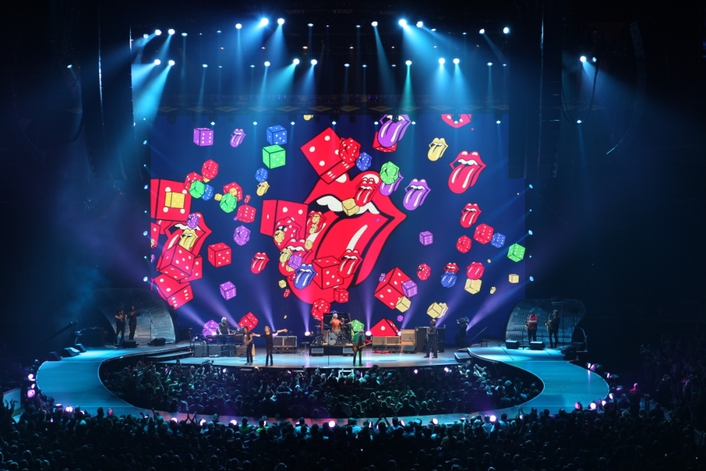 Francesco Romagnoli, Clay Paky Area Manager for North and Latin America, adds, “It’s great to be part of such a high profile tour and we’re proud that the lighting team for the Rolling Stones have chosen two our fixtures for it.”