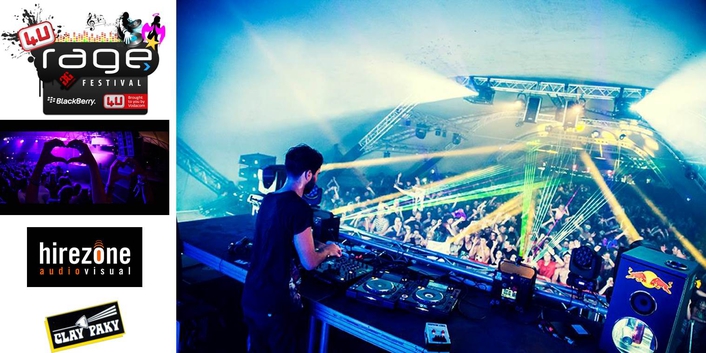 .
When 4U Rage Festival hits KwaZulu Natal at the end of each year, an event aimed at students who have finally completed school, its party, party, party for the next two and a half weeks. At Balito, an estimated 80 000 kids visited the area in December 2013.

The festival provides students with access card to various venues and clubs, all kitted out with top sound and lighting, and entertainment by great artists. While daytime is usually reserved for beach volleyball, soccer, surfing and tanning, this year saw revellers in gumboots and rain would not stop the fun!

Hirezone supplied the technical for the main dance floor at the Sound Factory in Balito for their client G&G. “It’s a nice break from the corporate AV,” commented Richard Gild from Hirezone. “It’s a well organized event with a great production team. They had an international DJ playing every night which is a highlight. The kids are obviously all so enthusiastic and would seem really appreciative of what they are getting. They are spoilt!!”

This was the third year Hirezone has worked on 4 U Rage Festival. “The biggest change this year was that they created more of a festival site or village that had three dance floors, so it was self-contained,” explained Gild. “It made it a lot easier than setting up and breaking down every day and allowed them to have an improved technical and set-up as there where less logistics involved.” 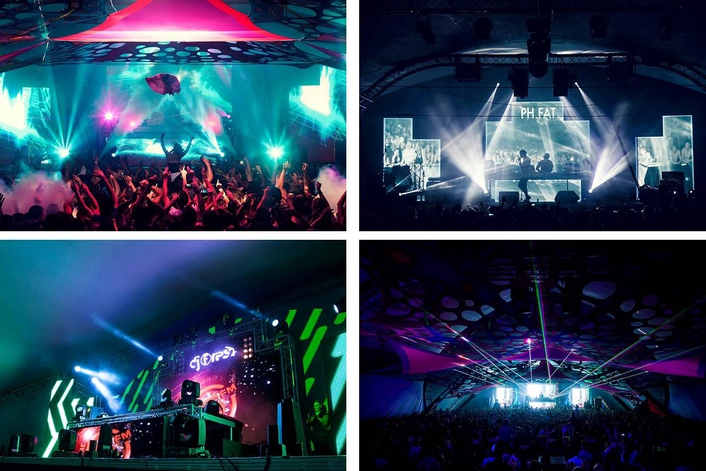 Balito is a small drive north from Durban. It’s a beautiful coastal town, but this year the main challenge was the mud. “It rained every day being summer so gumboots were definitely fashionable,” he adds.  “It was a typical festival environment.”

The crew really came to the party. It’s hard going with six show days and of course a three day load-in and a rather quick one a half day load out. The area to light was huge and the lighting design was thanks to Adrian Du Preez and Bradley Bruchhausen (Head Lighting Designer) just prior to his joining DWR Distribution.

They covered the enormous double saddle tent, 18m x 80m. Two 6m Prolyte H30v Circles were used to create two double archways, spanning the venue with the use of another 60 pieces of Prolyte. The lighting looked fantastic and included Clay Paky Sharpies. Bruchhausen enjoyed the Avolites Tiger Touch for its ease of use and quick busking capabilities. 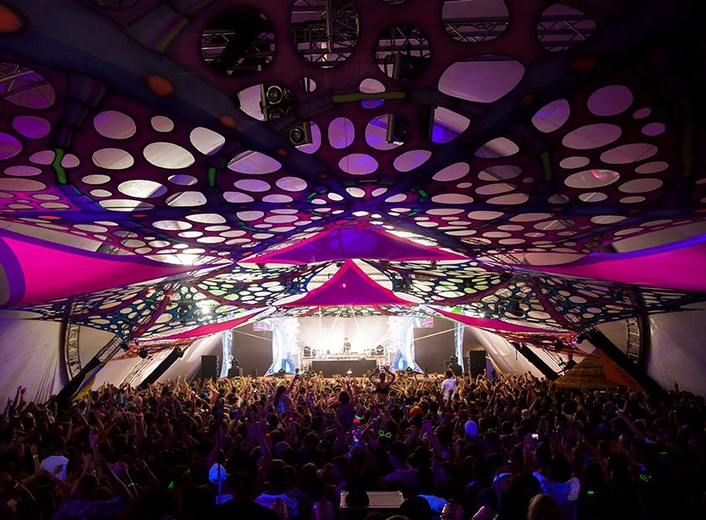 “This was an opportunity to play with a massive rig on consecutive nights to packed houses and some of the best music on offer,” said Bruchhausen. “The ClayPaky Sharpies are awesome fixtures - they make any stage look epic.