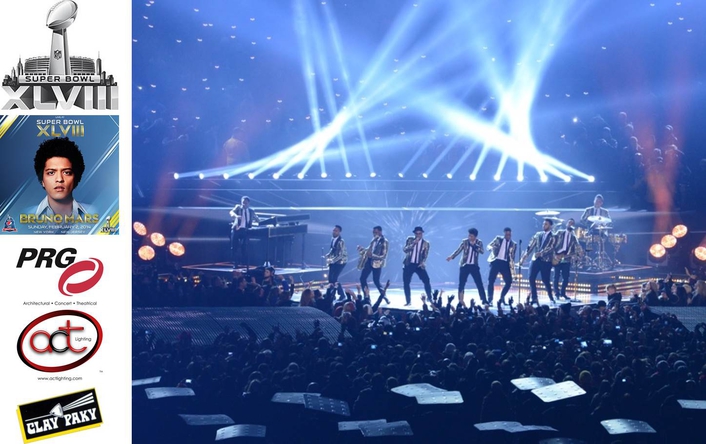 .
The Super Bowl Halftime Show always glitters, and Bruno Mars’s stellar performance at Super Bowl XLVIII was no exception.  This year 330 Clay Paky Sharpys and a dozen Clay Paky A.leda B-EYE K20s were on hand to illuminate the show.

Lighting designer Bob Barnhart opted to have “a more rock ‘n roll vibe in the rig than the stylized, choreographed shows that we’ve seen in the past.  Bruno wanted this to be more of a live rock show.”

Barnhart was challenged to capture that rock ‘n roll sensibility as well as prepare for winter weather conditions that might envelop the open-air MetLife stadium in New Jersey.  “It was a question of what we could design that could survive severe weather,” he says.  “Another factor was the limitations of rigging positions in the building and how we could symmetrically lay out the rig.  We had to cover as much of the full stadium with the stage pushed back against the audience as we could.” 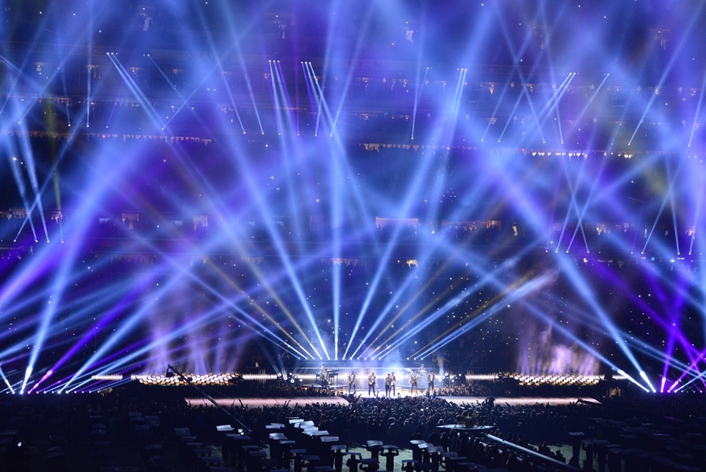 Barnhart calls the Sharpys “workhorses” and says that, “one of the goals in an outdoor stadium is to maintain an atmosphere to maintain the beam; that’s hard to do with high winds.  But Sharpy is a very fast instrument with an extremely tight, bright beam.”  He placed Sharpys on the three balcony facias throughout the stadium, on a series of trusses and around the main stage hanging them in clusters of three or six for symmetry. 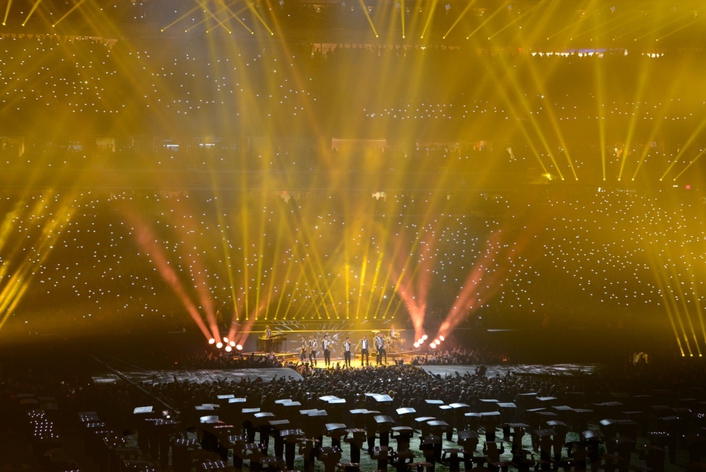 Lighting director David Grill says the Sharpys “really came in handy at a venue where there were so many power needs.  Sharpys are a tremendously brilliant beam of light with no wattage at all; they really saved us money on power and cut the amount of cable and power we needed dramatically.  We could get a lot more lights on one cable because of the low wattage, and for a stadium that’s great.  Sharpy are worth their weight in gold.” 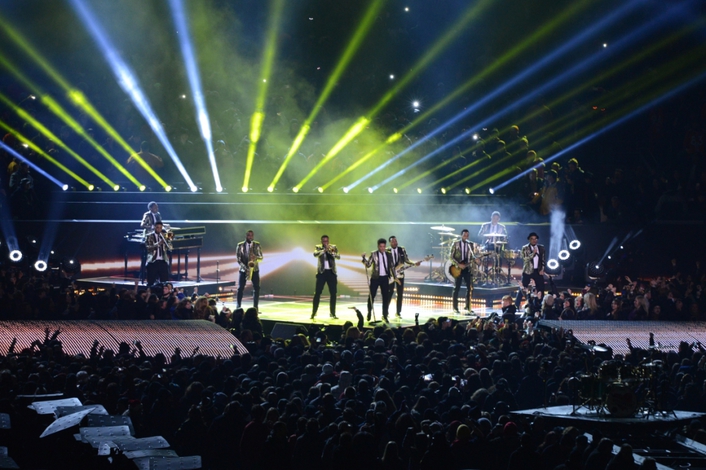 Barnhart placed six Clay Paky A.leda B-EYE K20 innovative, LED-based moving lights on each side of the stage.  “I saw the fixtures at A.C.T in New Jersey and thought they could be really interesting in Bob’s lighting design,” recalls Grill.  “So I sent him a link to a video, and Bob loved them.  Their horsepower is pretty phenomenal, the speed of the LED is great in terms of changing color, they throw beams very far and they create some cool visuals.  At the same time the B-EYEs are a relatively low-wattage fixture with no heat issues.” 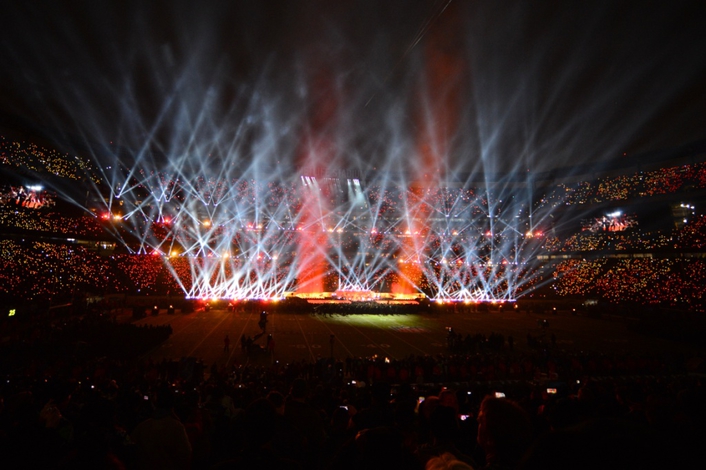 Barnhart agrees that the B-EYEs deliver “a very full fixture.  There’s a lot of potential in that light – it can create a lot of cool patterns and effects and do some really fun things.  And they’re really reliable.”

Grill gives kudos to A.C.T Lighting’s customer service.  “I can’t say enough nice things about them.  A.C.T is a company that understands service and support, which is invaluable to a customer.  It’s a gem in the industry.  Having someone you can call in the middle of the night is tremendous.  A.C.T knows that service is paramount.”  A.C.T Lighting is the exclusive North American distributor for Clay Paky. 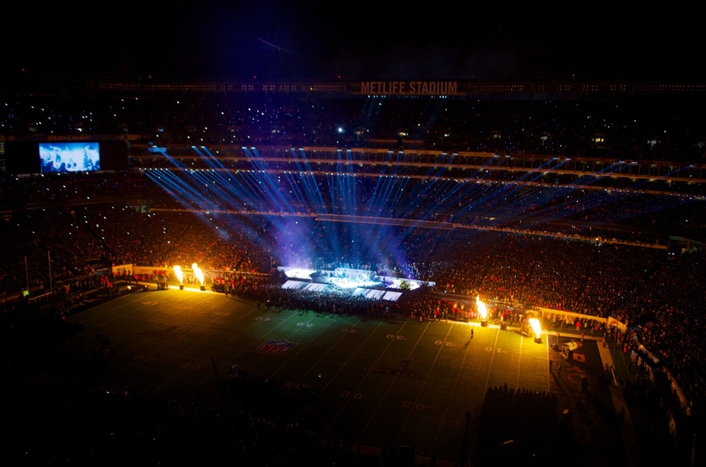 PRG provided the lighting rig for the Halftime Show.

Francesco Romagnoli, Clay Paky Area Manager for North and Latin America, commented, “We’ve been involved in the Super Bowl for a number of years and we’re always thrilled to be a part of it.  This year’s creative team did a amazing job and it was great to see our B-EYEs on that stage!”