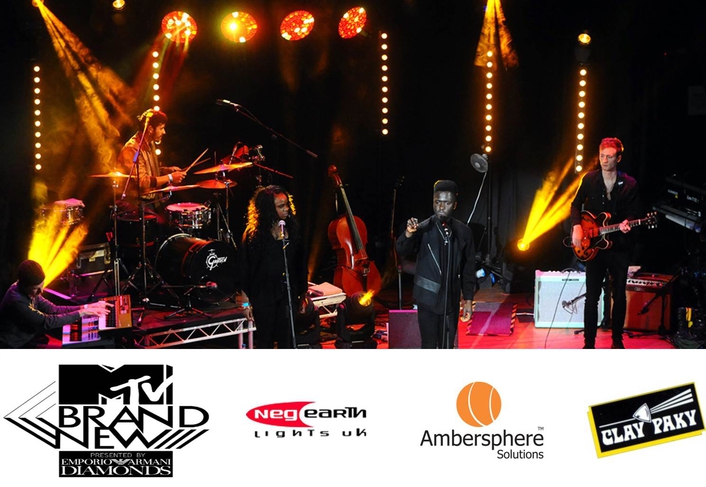 .
“Standing still is never an option in this game.” So declares veteran lighting designer Peter Barnes whose CV is summed up by his moniker as ‘the UK’s guru of pop lighting’.  “One of the most challenging and daunting aspects of lighting events is the pace of change and how quickly technology in our industry continually develops and evolves.  So the opportunity from Ambersphere to try out the newest toy from Clay Paky was not one I was about to turn down.”

Of course, Barnes is referring to the Clay Paky A.leda B-EYE K20.  Its ability to perform as a wash or beam is impressive enough. The extra card in its pack though is as a truly original effects light with a rotational front lens, array of individually controllable micro-beams and countless kaleidoscopic effects; just a few reasons why it has generated so much excitement since its unveiling late last year.  “I felt that the MTV talent show, ‘Brand New’ which we were filming at the Assembly Hall in Islington would be a perfect event to give the B-EYE K20s an outing,” remarks Barnes. 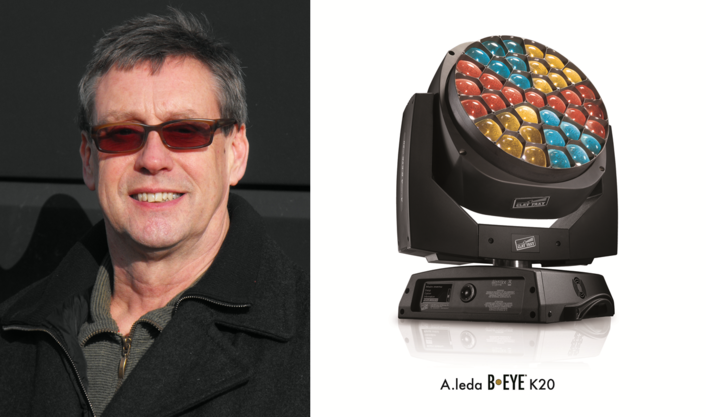 The Assembly Hall, originally a 1930s dancehall and fresh from a full refurbishment and reopening in 2010, is an intimate space accommodating less than seven hundred and a perfect setting in which to create the club atmosphere that MTV wanted to project for ‘Brand New’.  The new British acts competing in this year’s show included up and coming female artists Katy B and Ella Eyre along with an eclectic array of talent from the boys including Sam Smith, Kwabs, George Ezra and Joel Compass.

“The variety of acts gave me an ideal opportunity to really put the B-EYEs through their paces.  I used four fixtures upstage centre and tried them in all three modes.  They are a great wash light and their unusual design gives them an instant visual impact on TV.  The first day’s shooting was mainly with the more up tempo acts and I experimented with some of the more vibrant effects.  With the more ballad style acts on the second day the lens rotation and crossfading of colours were really effective on screen as well to the live audience.”

“I got the opportunity to try a unit out at Neg Earth’s warehouse before we loaded in which was a really useful chance to see what all the noise was about,” concludes Barnes, “and they deserve a thank you for that as do Lee House and the guys at Ambersphere who facilitated access to having the B-EYEs in the rig in the first place.  There’s no doubt that the B-EYE K20 is a unique addition to the Clay Paky stable of moving lights.  Its versatility as a fixture that is effortlessly multifunctional and very individual effects catalogue will attract the attention of lighting designers worldwide.  I’ve no doubt that the icon for the B-EYE K20 has been downloaded to a good many designers’ hard drives already!”