Clay Paky at the Arena with Gianni Morandi 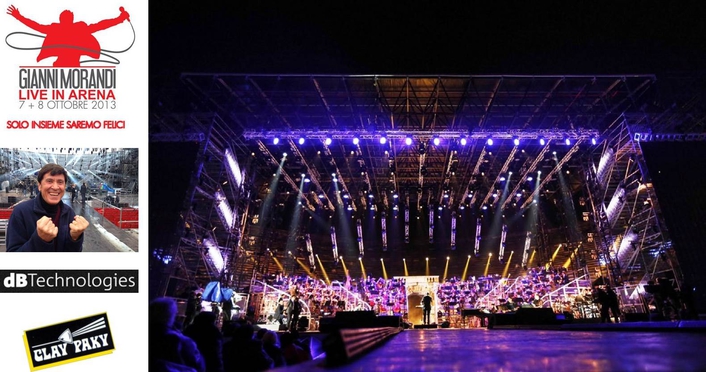 .
Record numbers at the Verona Arena for Gianni Morandi's concert on 7 and 8 October. The show was announced several months earlier and was a sell-out. There was plenty of room for thrills and his songs, which  have become veritable Italian music classics since the 1960s. There was also room for memories, shared with his friend Raffaella Carrà, and even time for an unintentional comic duet with Fiorello, who played the stooge and stole the show during the monologue. A series of other guests loved by Italians also took the stage.

Gianni Morandi enraptured the audience with his simplicity, his contact and direct relationship with them, and his desire to talk and be talked about without any self-praise. His music still moves children, parents and grandparents. 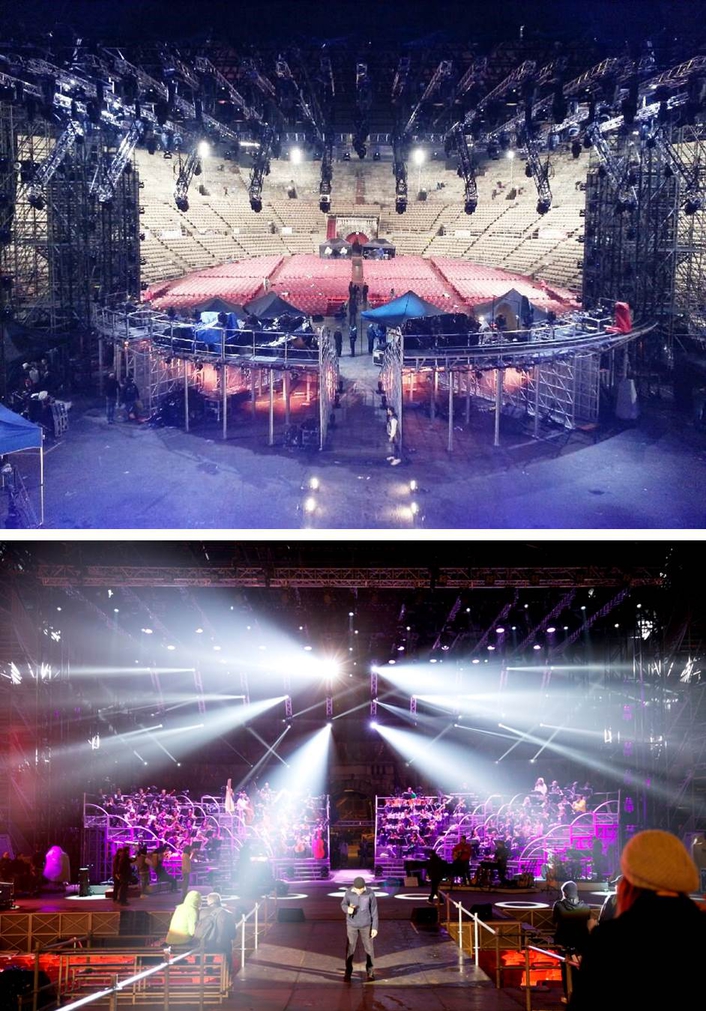 The Sharpys (thirty of which were mounted on battens controlled by CyberHoist motors, which could move up and down during the show) traced out the stage thanks to high impact visual effects. The Sharpy Wash 330s crowned the last semicircle of the arena and were used on the audience, while the Alpha Profile 1500s accurately lit the orchestra.

"The Verona Arena is a very big place, where a moving head's penetration is put to the test," said Massimo Pascucci. "I was most impressed by the Sharpy Washes, which illuminated 22,000 people despite the large distance (over 60 m)."

Two enormous vertical LED walls allowed even the back rows to see the stars in close-up. For this reason, it was particularly important to design the lighting so that it catered both for the need to light the artists filmed by the cameras, and the needs of an overview with a wide-angle shot. 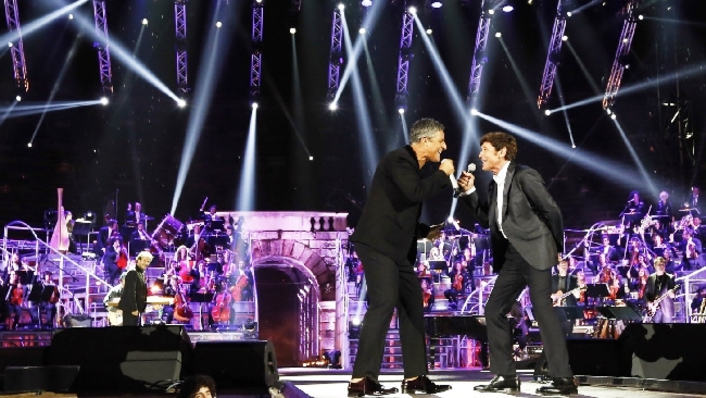 Pascucci continued: "The stage and steps behind it were equipped with about 200 Sharpys and I have to say that no other lights can work in similar conditions with such satisfactory results. The light beams criss-crossed in the air in a wonderful way. The colours and speed of the movement added unique extra effects. Not to mention the compactness and nineteen kilograms of each unit, which allowed me to be generous with the numbers without having the problem of excessive weight to support.
Besides the final resulting look, which was exceptional by all accounts, the Sharpys' light weight streamlined rigging operations significantly and reduced the number of men and resources required." 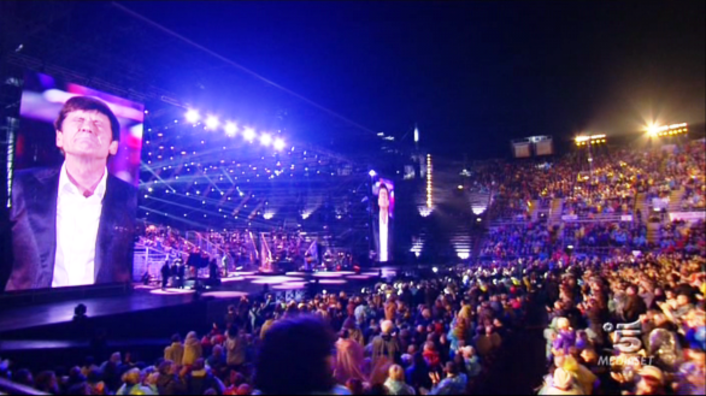