.
For the tenth consecutive year, Johannesburg rental company MGG Productions were commissioned by csquare to provide the lighting for the rocking annual Potch Rag festivities held at “Jool Plaas” in Potchefestroom.

The Potchefstroom University sport grounds were alive as students built floats for a street parade which was followed by live performances from local band including Karen Zoid, Prime Circle and Die Heuwels Fantasties besides others.

It was the first time that Kevin Rieck of MGG had free reign on the design on the concert. On a permanent outdoor stage, the MGG crew built a box truss (4.5m x 10m) with three mid sections and a back truss for the LED Wall.

The show included beamwork by Clay Paky Sharpies. All lighting and the LED wall were controlled on a grandMA full size and a grandMA ultra-light with VPU Plus.

“The show was pure rock and roll,” commented Rieck. “It looked amazing and we were pleased to receive so many compliments.” 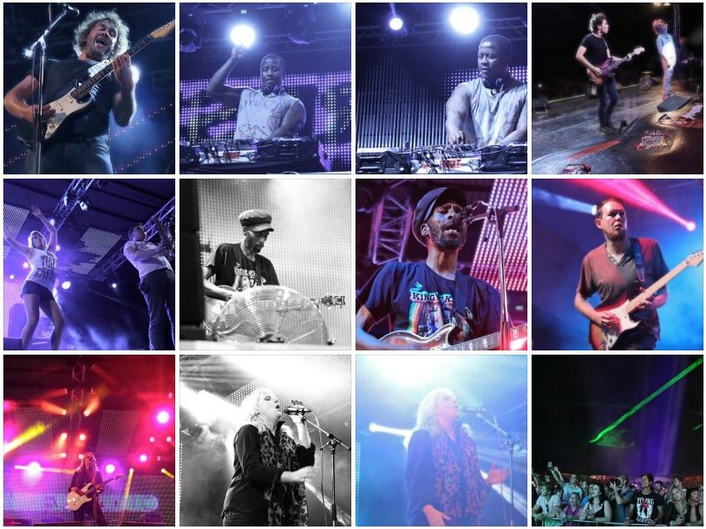 A Band of Clay Paky Sharp...tes on X Factor Live Tour
Clay Paky Lights Up the U...a Music Festival in Miami
Exclusive Preview of the ...ng Contest with Clay Paky