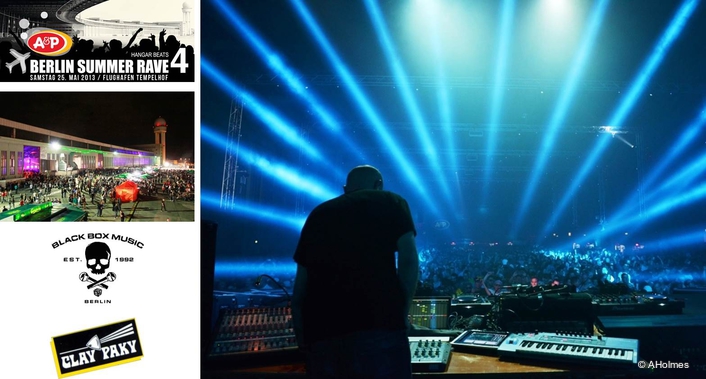 This is the 4th hugely successful annual A&P Summer Rave, hosted by A&P Kaiser's Tengelmann and featuring some of Germany’s biggest techno stars, including: Westbam, AKA AKA Feat. Thalstroem, and Vitalic. Not only that it attracted 20,000 people who danced the night away until sunrise.

For the past three years the design of the event has been Kuhn’s baby. 2013 saw an additional third floor increase the size of the event considerably. All in all I Kuhn took care of four floors: Planet Bass (Main Floor 1), Ostfunk (as important as the main floor), House Floor and the main hall with catering, wardrobe and chill out area.

He also created an electric atmosphere in the outside areas and VIP, Lounges. “I don’t only design the lighting, I also plan the stages and the set, the overall position of stages in the rooms, video, lasers, anything and everything visual,” he explains.

In fact Kuhn put together an extensive lighting rig to cover all the aforementioned areas within the old Tempelhof Airport, “My biggest challenge was to create something completely different from the previous years while also accommodating the increased footprint of the dance floors and of course remain in budget.  This is where the Clay Paky spec came in as I knew I would get a lot of bang for my buck!”

With such a large area to create atmosphere in Kuhn says he began as an architect would and designed a set that would look cool even if not lit!

“Once the set design is complete I then start to select my fixtures,” he explains. “I try to use specific fixtures (or rather types of fixtures) for each floor. I want each area to look completely different. For example one floor has Sharpys as a main feature and so the other floors won’t.” 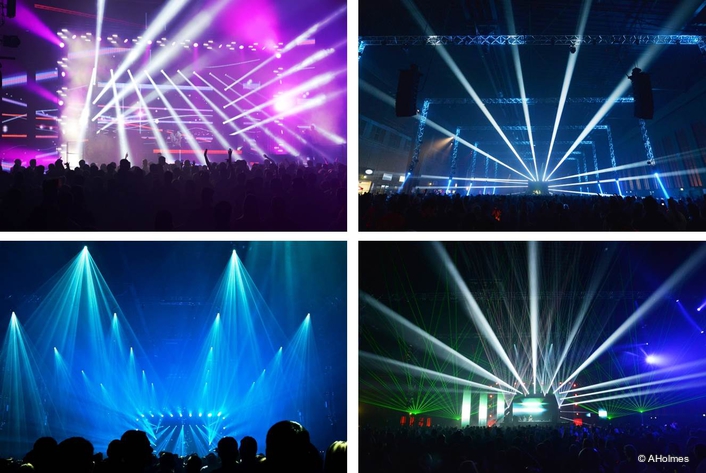 Kuhn also used a dynamic mix of Sharpys, Alpha Spot HPE 700s and Alpha Spot QWO 800STs for the main dance floor as he discusses: “I made extensive use of the incredible array of the fixtures features to create dynamic effects. The great thing about Clay Paky is that I can always be sure the beams will cut through everything because they are so bright! In addition they are also extremely feature-rich, I love Clay Paky fixtures because they never seem to fail. In a rave that runs for 12 hours and where the lights get a real beating this is crucial. So for me, Clay Paky is always my first choice, and not just for raves.”

Berlin’s Black Box Music supplied all of the Clay Paky luminaires and was also responsible for rigging and set up. Thilo Goos of Black Box comments: “Black Box Music was very busy with three major tours out - this made the rave a big event for us. The client was extremely happy with the result, and in fact some of the DJs actually commented on the lighting. So successful was it that it is already scheduled again for next year!”