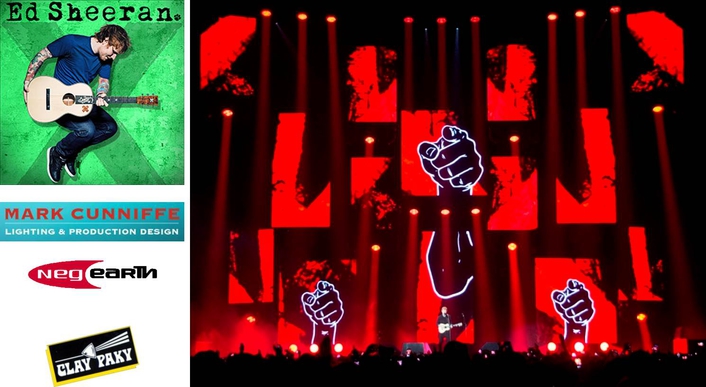 Cunniffe’s design is beautifully multi-layered and sees the Clay Paky fixtures, supplied by NEG Earth, working with the video to give variation to the solo artist’s stage set up.

“As Ed’s show is one guy with an acoustic guitar on a 60ft wide stage, it ends up looking pretty bare, so we made the show very much video-based,” explains Cunniffe. “The B-EYEs and Sharpys perfectly supplement this as they deliver a plethora of varying looks. I put 30 Sharpys upstage behind a broken screen arrangement of video, where they stab through the gaps unexpectedly to add another dimension that no one will have seen before. I use them to ‘paint’ rather than as a lighting effect – they give depth to what could be visually quite a flat show.” 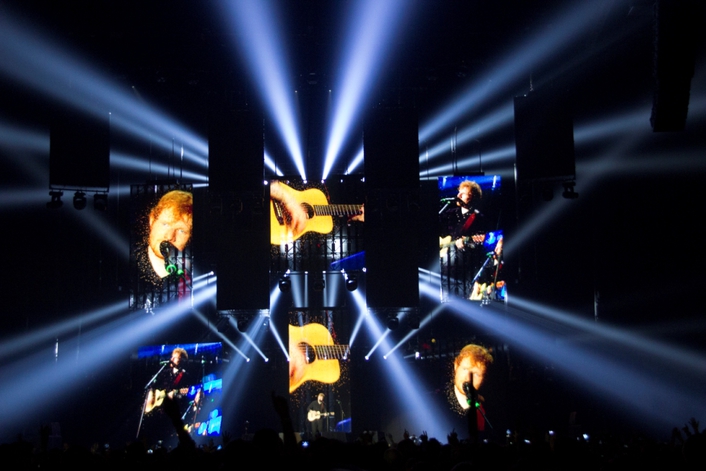 The designer decided upon the B-EYEs after using them for the first time in Dublin last year.

“The venue was an intimate nightclub, so I decided to simply use a wall of 24 pixel-mapped B-EYEs behind Ed, no video or anything, and he absolutely loved it,” continues Cunniffe. “He has never really been concerned with the lighting aspect, but as he was so excited by the B-EYEs we planned to use them for this tour together.”

As there’s no truss the B-EYEs are hung from the video panels, becoming an intrinsic part of the set.

“The positioning of the fixtures allowed me to create spectacular layers and dimensions,” says Cunniffe. “I then added another layer of certain effects only achievable with the B-EYEs.”

The video content has been designed with Demolition software, which allows Cunniffe to treat Ed’s live image, using the B-EYEs to complement it.

“There are moments when we make him look like he’s on fire and we can run a similar effect through the B-EYEs,” says the designer. “It’s such a multi-faceted feature, providing me with so many creative possibilities, and so is the perfect tool for Ed.” 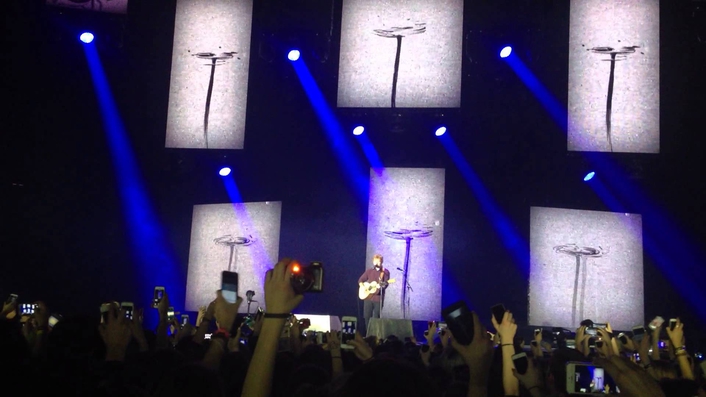 The tour will move through its European leg this month before hitting Dubai, Asia, Australia and South America.