Clay Paky Is Up ‘All Night Long’ with Lionel Richie

"The Lionel Richie show was a wonderful vehicle to show off Eclipse’s extensive stock of Clay Paky fixtures."
Seasoned lighting designer Debbi Fowler made excellent use of an arsenal of of Clay Paky lighting fixtures to illuminate world famous Motown man Lionel Richie during his open-air gig at The Media City Amphitheatre, Dubai.

Fowler worked closely with Dubai based hire outfit Eclipse, which recently supplied equipment for superstars such as Justin Bieber and Bruno Mars. For the Richie show Eclipse furnished Fowler with an impressive stock of Clay Paky fixtures. 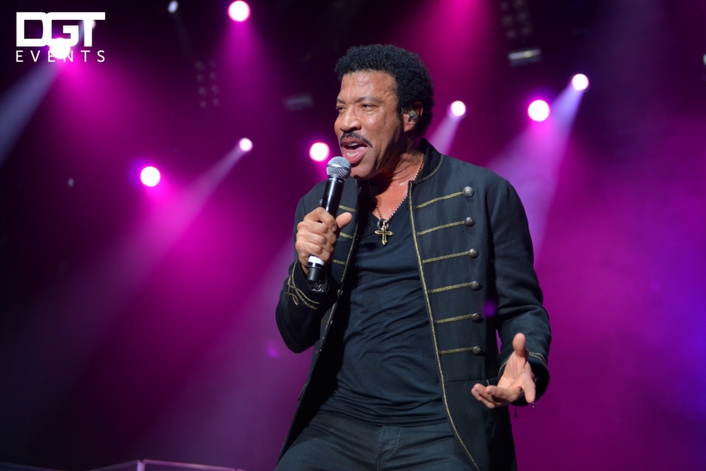 “When creating a lighting design I like to focus on layering different fixtures to create texture, this means that the fixtures I choose and how I position them is crucial,” explains Fowler. “For this design I knew that the extra ‘punch’ of the Clay Paky would make a real difference. However it was not until the actual show that the lights’ performance drove home just how bright they are!”

“To say that I was pleased with the performance of these Clay Paky fixtures would be an understatement,” enthuses Fowler. “The speed, mechanical dimming and beam shaping of the Sharpy Wash 330 is fantastic. Its bright, vivid colours alongside its fast and extensive pan and tilt movements work wonderfully combined with its perfect beam definition capabilities. The Sharpy Beam has a great gobo selection, including prisms and frost, which made the Sharpy a wonderful fixture to work with – and did I mention its extreme output?” 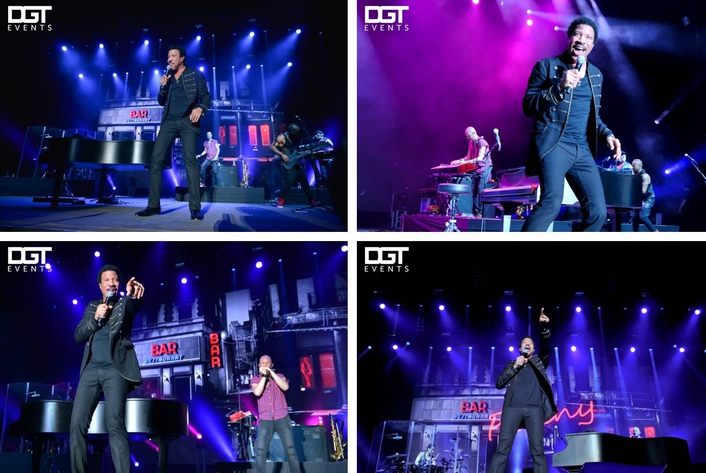 In addition to the Sharpy Wash 330 and Sharpy Beam, Fowler was impressed by Clay Paky’s Alpha range. “The Alpha Spot HPE 1500 are extremely bright (thanks to the 1500W lamp) and the colours are also remarkably vivid,” continues Fowler. “I really liked the gobo selection, as well as the zoom and speed of the fixture. In addition the Alpha Profiles’ Stay-Sharp-Zoom and Iris functions meant that I was able to program rapidly. Not only do the Clay Paky fixtures boast impressive feature sets, all three models clone really nicely, which made my job of adjusting and updating the programming quick and easy.” 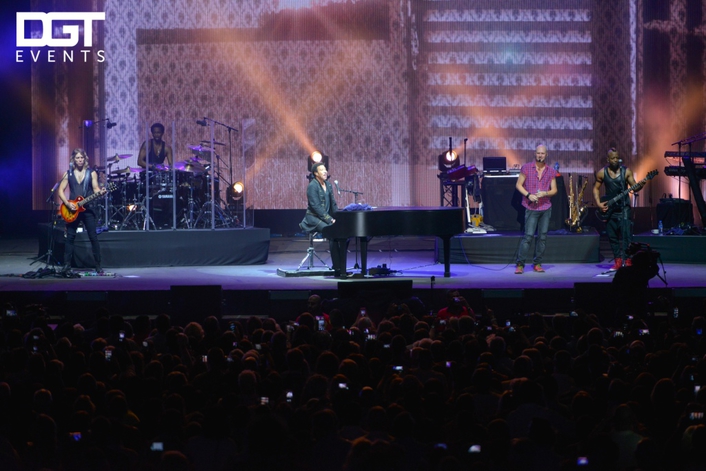 As with many large shows the stage backdrop was a large 12.6m x 6.6m wide LED screen:  “As every lighting designer knows, a bright LED screen can certainly present its challenges,” continues Fowler. “The brightness of the Clay Paky fixtures was a welcome tool in achieving a good balance with the video wall. These fixtures gave me the feeling that I was working with the LED screen instead of trying to overcome its brightness.” 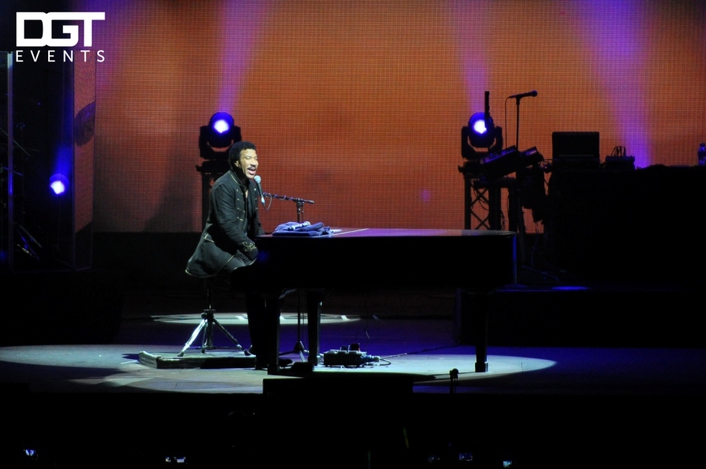 Eclipses Project manager, Tom Ralston concurs: “The Lionel Richie show was a wonderful vehicle to show off Eclipse’s extensive stock of Clay Paky fixtures. I suggested the Sharpy Washes were used as an alternative to an LED moving head wash as I am such a fan of the fixture. Plus the sheer output of the Alpha 1500 range, coupled with the deep saturated colours and the extremely sharp focus on the gobo wheel, put them ahead of any alternative available in the region. It’s always great to use the Alpha 1500s on a large concert, they really do have the ability to cut right through the powerful LED screens.”