Lyric™ PRO, Mosaic™, and Virtual Placement Graphics Rendering and Tracking Solutions Offer Dependable and Flexible Capabilities
ChyronHego's Lyric™ PRO advanced graphics creation software and Virtual Placement system played starring roles in NBC's "Peter Pan Live!," which aired to an estimated television viewing audience of more than 9 million on Dec. 4. Using Lyric PRO running on ChyronHego's Mosaic™ graphics platform, technicians created the animated character of Tinker Bell and manipulated her appearance and interaction with live actors during the broadcast. In addition, ChyronHego's Virtual Placement was used to place virtual graphics such as a starry night sky and an oceanscape into the live broadcast stream, which created a seamless illusion for home viewers of the characters' travels to Neverland.

"With the ChyronHego solutions, we were able to bring Tinker Bell to life and create virtual backgrounds that viewers usually don't see in live television," said Javier Winnik, Supervising Producer, "Peter Pan Live!" "The ChyronHego team was a key component in the production, and we appreciate their support in making 'Peter Pan Live!' a success." 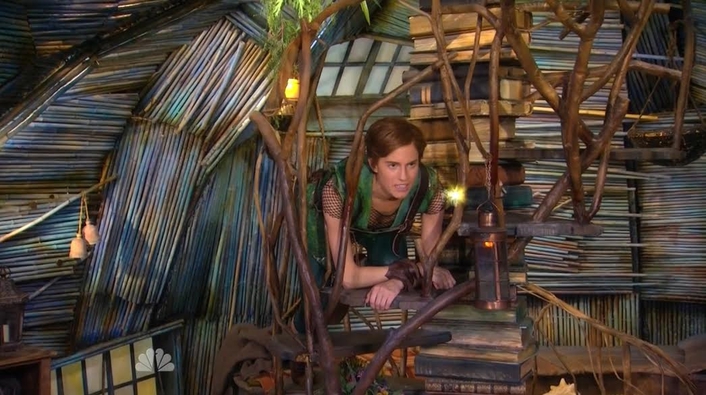 The ChyronHego team collaborated with "Peter Pan Live!" creative professionals to define the look and feel of Tinker Bell. As rehearsals progressed, the team worked closely with the production's Associate Director to understand how the computer-generated character would respond to actors and props on the stage. Lyric PRO was used to manage the conditional logic needed to portray various emotions for Tinker Bell, and MIDI data of her "voice" (created on a musical keyboard) was imported into Lyric PRO so that her "speaking" could trigger changes in her appearance, such as highlights and glows. 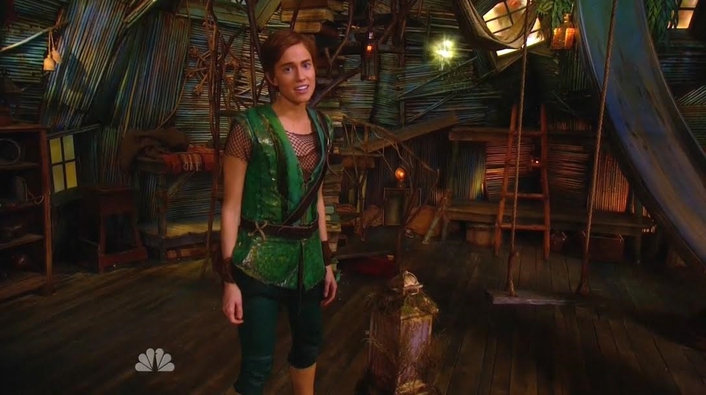 "'Peter Pan Live!' was an exciting challenge and an incredibly fulfilling experience for the ChyronHego team. It was a great privilege to work with the visionary creative team involved in this project, and then translate their concepts into solutions that could respond, in real time, to a highly dynamic environment with factors that constantly changed, even between each rehearsal take," said Todd Martin, Vice President, U.S. operations, ChyronHego. "We're honored that the 'Peter Pan Live!' producers chose our virtual graphics creation, placement, and tracking technologies to transform their vision into a truly groundbreaking live production." 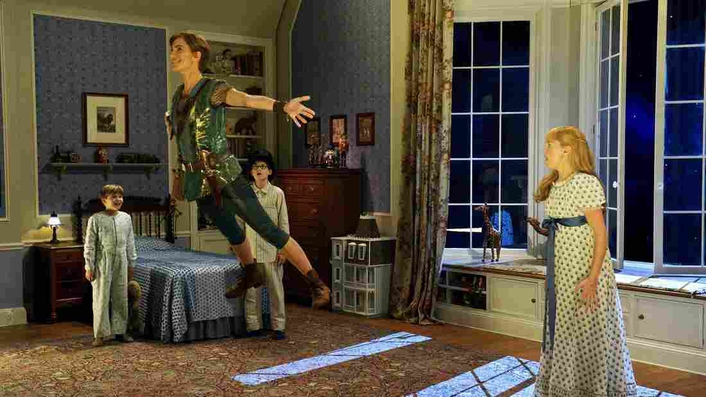 Using Virtual Placement, the ChyronHego team created virtual graphics representing the night sky and the ocean to create a bridge between different stage sets and support the illusion that the characters were traveling as they "flew" out of the nursery, over London, and to Neverland. Based on tracking points taken of items within each set, Virtual Placement was used to track the virtual backgrounds together with the camera's movements, as if they were part of the real environment. Virtual Placement was also used to track Tinker Bell's movements and create illusions such as her appearing to fly inside a pottery jug.

"'Peter Pan Live!' is also notable because it demonstrates the unique value that resulted from the merger of Chyron and Hego Group," Martin added. "We were able to apply Virtual Placement tracking technology from the Hego side and Lyric PRO broadcast and graphic design expertise from the Chyron side to offer a complete solution for this production, a capability that is unique in the world of broadcast graphics."

About ChyronHego
ChyronHego (NASDAQ: CHYR) is a global leader in broadcast graphics creation, playout and real-time data visualization with a wide range of products and services for live television, news and sports production. Joining forces in 2013 with over 80 years of combined industry expertise, Chyron and Hego Group offer award-winning solutions — such as the TRACAB™ player tracking system and the end-to-end BlueNet™ graphics workflow — under the collective ChyronHego brand. Headquartered in Melville, N.Y., the company also has offices in the Czech Republic, Denmark, Finland, Germany, Mexico, Norway, Singapore, Slovak Republic, Sweden, and the United Kingdom.