Capturing Belgian Street Style in the Heart of Paris 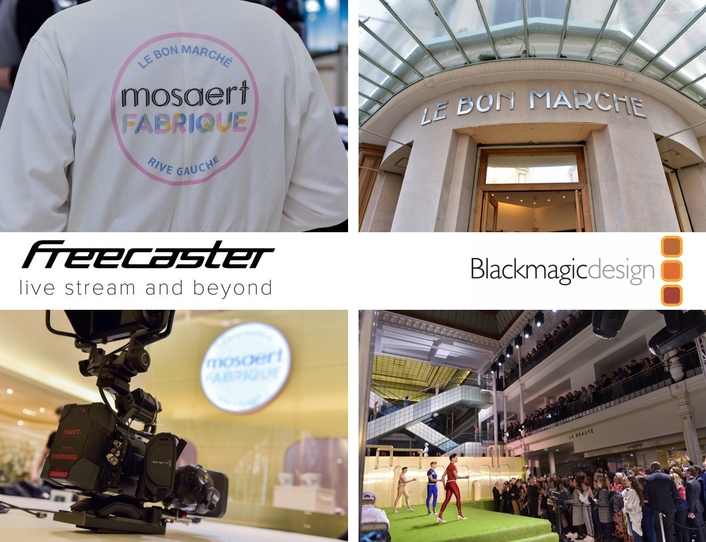 With a wealth of experience producing live events for high-end fashion brands, Freecaster was the ideal fit for the Mosaert fashion show, which incorporated all aspects of the creative label’s aesthetic. The team also collaborated with Benuts, which was able to provide its experience in music video production. 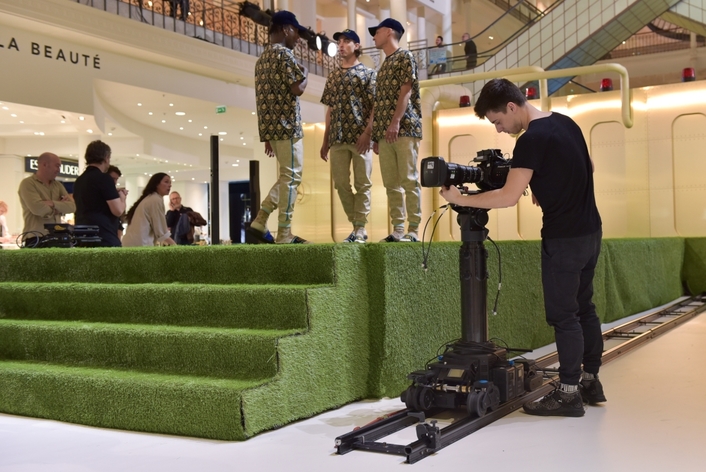 Freecaster’s CEO, Raymond Dulieu explains the show had been designed with extremely high creative and production requirements. “The catwalk sat right in the middle of the store’s atrium amongst its art deco style interior, with the escalators and backdrop designed to represent a production line for the models to move along,” he explains. Alongside this, the models had specially choreographed movements to a specially written track that Stromae had written for the catwalk show.” 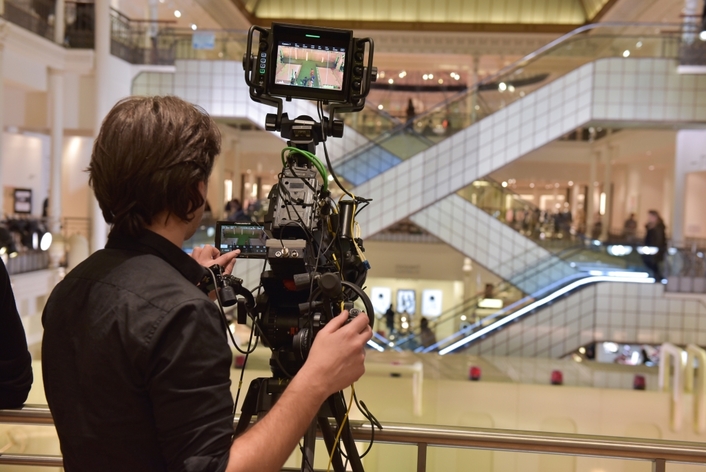 The unique setting for the show required an eight camera setup to ensure Freecaster captured all angles - from the mezzanine floors and alongside the models on a rail next to the catwalk. The team deployed seven Blackmagic URSA Mini Pros alongside a Sony F55 rigged on a Steadicam. “Blackmagic has been our choice of camera brand ever since they came to market. The URSA Mini Pro is now our A camera within our live production set up and fashion livestreams,” comments Raymond. 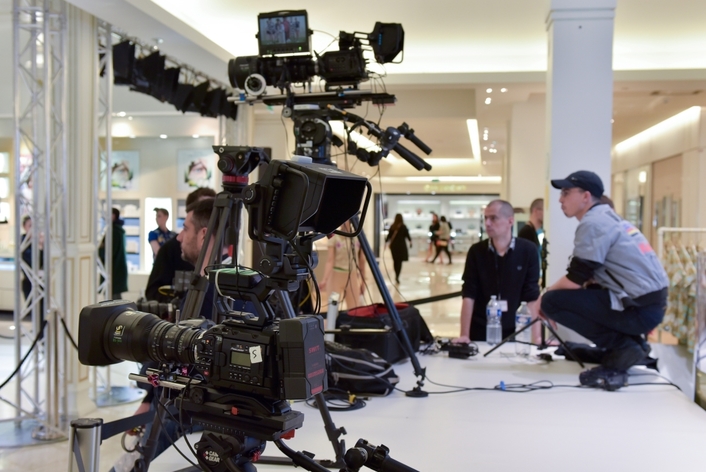 The cameras were lensed with Fuji Cabrio lenses, which Raymond explains, ensured the label’s attention to detail was reflected in the footage: “When we work with high end fashion clients, it’s not only about capturing the entire look; often designers will have a particular element of the outfit that they want to highlight. It could be a tiny stitching detail, or the way a dress drapes. The colour science in the URSA Mini Pro, paired with the Fujinon lenses ensured that we could pick up the vibrant details in the Mosaert range, which are bright, youthful and playful.” 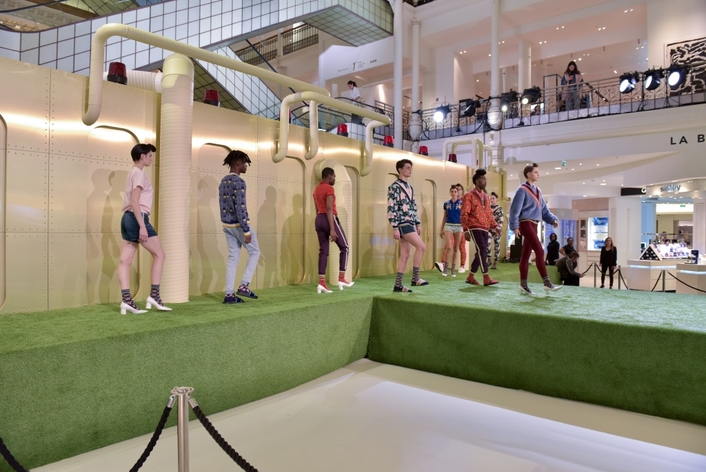 The cameras were all manually operated, and signals were sent to the production desk over fiber. into the ATEM 4 M/E Production Studio 4K. This allowed the team to view all eight cameras simultaneously through the multi viewer on a large, Ultra HD monitor, ensuring they had all of the content required from the catwalk show for Stromae’s video. 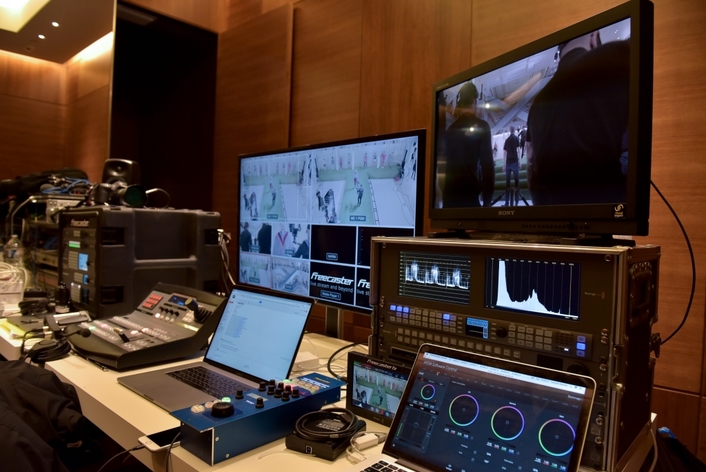 ISO camera feeds were recorded on Blackmagic HyperDeck Studio Pro broadcast decks, to be taken into post for editing into the final music video. “The setup worked really well and the kit definitely delivered on picking up the movements, colors and drama that the creative team had designed for the show,” Raymond concludes. “Given the location of the show and the tight timescales, it was a challenging and high pressure event - but our experience in fashion livestreams, combined with our tried and tested Blackmagic set up meant that we were able to capture some fantastic images and angles to complement the models’ performance.” 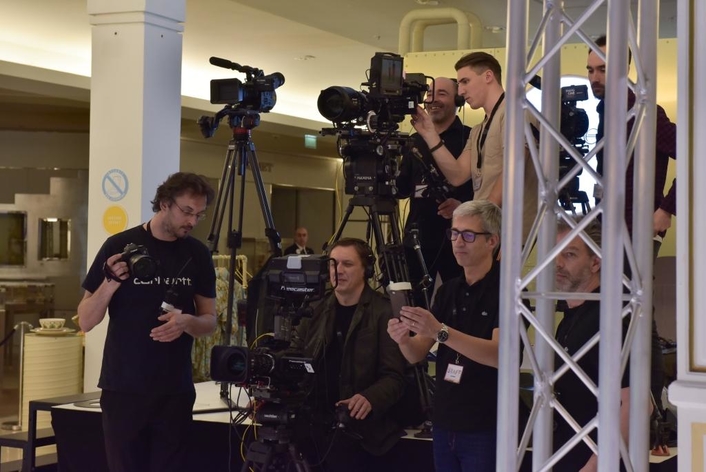 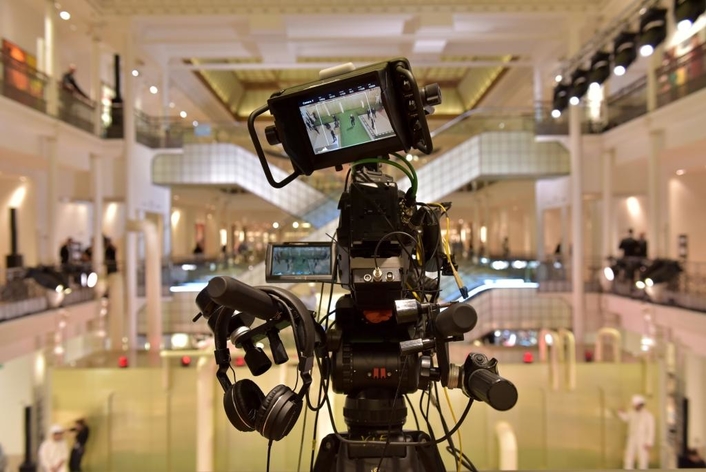