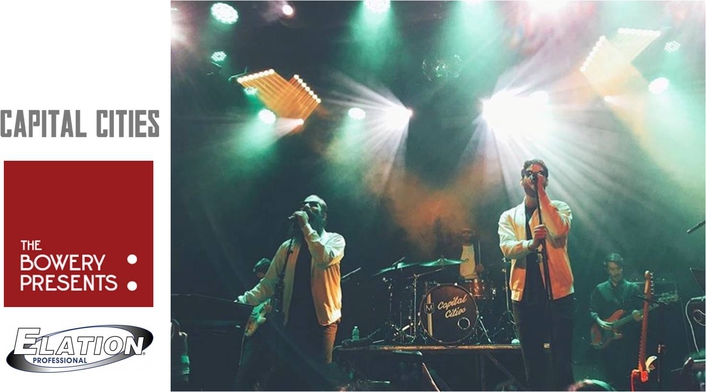 The Bowery Ballroom in New York’s Bowery section of Manhattan is often cited as the best music club in the city. The live music venue houses an Elation LED lighting rig and attracts a wide variety of musical talent from well-known acts like Coldplay and The White Stripes to up and coming talent. Housed in a 1920’s Beaux Arts building, the Bowery Ballroom is a memorable date on any band’s touring calendar. 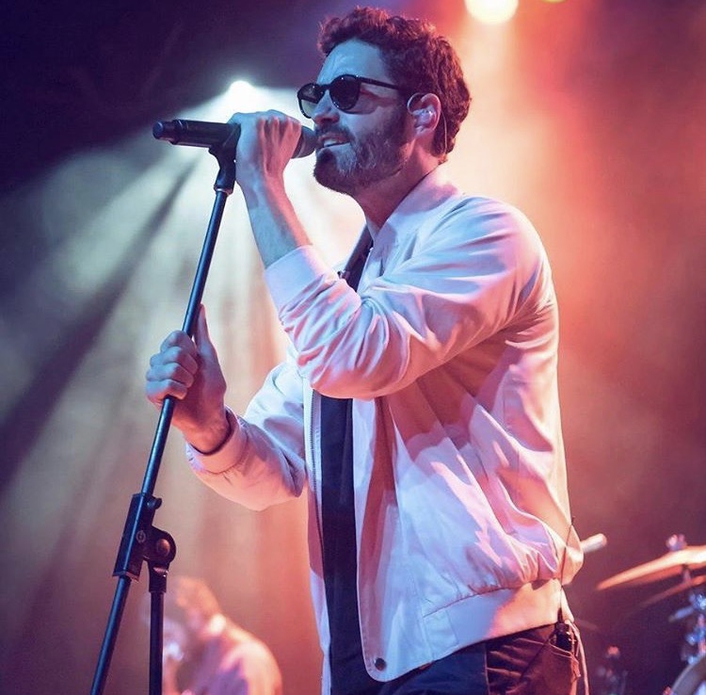 “I was very excited when I saw that the lighting rig was all color mixing fixtures,” said Sharp, who collaborates with the band to design production packages, including video content tailored to each of their shows. “I spent some extra time during programming to make some really cool color effects with the Elation fixtures. I also made some awesome effects for the pixels on the ACL Bars.” The ACL 360 Bar is Elation’s high-output color-changing LED batten with 360-degree continuous rotation that allows for dynamic moving effects not possible with conventional LED fixtures. The Satura Spot CMY Pro houses CMY color and dual gobo wheels for plenty of color and graphics possibilities. 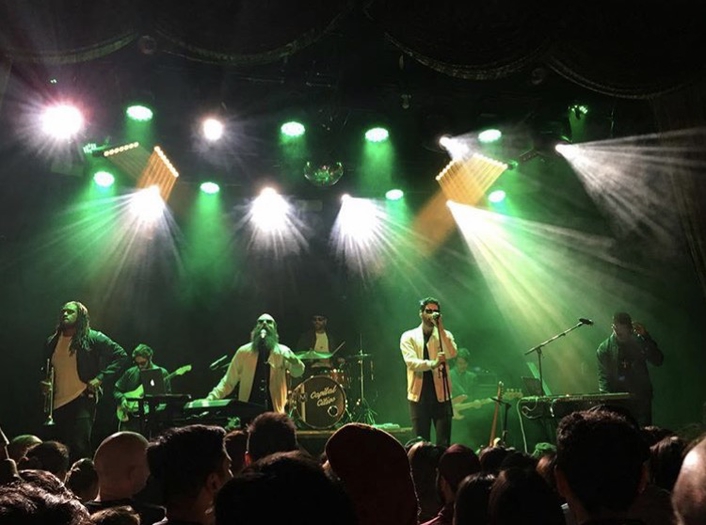 All of the fixtures were flown in the air with four each of the Platinum Wash ZFX and Satura Spot fixtures upstage and a further four of each fixture downstage. “I really like the smooth and rich color mixing on the Satura Spots,” Sharp commented. “The ACL Bars are always a great eye catcher and they are fun to program, and the ZFX is also really nice because of its zoom range.”

The designer adds that Capital Cities played smaller venues on the fall tour in order to get a feel for the new music the band is about to release on their new album. The Capital Cities fall tour played dates across the U.S. in November and December. “I run into Elation gear quite often on the road,” says Sharp, who started with Capital Cities in July of 2016, adding, “Since the ACL 360 Bar came out I see them all the time.”

Sharp concludes, “It has been a blast working with Capital Cities and I am very happy to be a part of the team. I’d like to acknowledge Kieran Blake, General Manager at the venue, for helping us out with everything we needed for our Bowery Ballroom shows. He made the experience very enjoyable.”