U.K.-based rental company Presteigne Broadcast Hire has added a Calrec Artemis audio console to its rental line-up. The console's first customer, One-Ten Productions, rented studio and production facilities for the revived "TFI Friday" programme. One-Ten used the Artemis to manage audio for the most recent run of the lively and dynamic weekly show, which is anchored by live music and guest interviews.

"I've mixed many live shows before, such as 'The Voice' and the BBC's 2014 Brazil World Cup coverage, but 'TFI Friday' is unlike any other show I've done to date," said Howard Nock, sound supervisor on the show. "It is very challenging and chaotic, and you have to be ready to change direction at a moment's notice using the kit at your disposal. The dimensions of the bar area aren't ideal, and with a lot of omni lav mics faded up next to a rowdy crowd, it can make balancing the sound in this area a bit tricky to control at times." 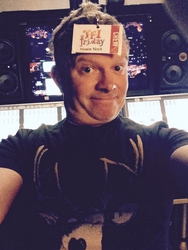 "The Calrec Artemis was specified from the outset, as it is the console I am very comfortable with, particularly for this kind of dynamic programme. The Artemis has a nice saturated, analogue sound, and unlike most other digital desks, it has lots of headroom, which is a huge benefit in this environment. I can't think of another desk I would want to go into that room with."

Known for its anarchic energy, "TFI Friday" was broadcast from the Cochrane Theatre in Holborn, London, where the set was rebuilt from the original programme's last broadcast in 2000. Most of the presentation was set in the bar area, a small, crowded room with a low ceiling and loud air conditioning. The sound can go from a whisper to a cheering crowd, which required a great deal of headroom to manage, and the Artemis' Automixer was a critical tool in ensuring a tight, clean mix.

"The Automixer feature on the Artemis console was a lifesaver on this show, particularly given the acoustics of the room and how loud the air-con was," Nock added. "It played a big part in reducing that noise to a more acceptable level, and I also used it to give the PA mixer in the bar a premixed, cleaned-up feed of the 14 guest mics."

Nock also appreciated the visual layout of the control surface and the fact that the controls are close together on the fader pitch. The metering was easy to set up and customize, and the feedback from the Automixer was especially helpful.

Presteigne worked with One-Ten on the initial setup, and Nock could easily change the routing configuration to meet the show's requirements. The mics were allocated differently from week to week, so the routing was never static. In fact, even after the desk was set up, the mics and routing changed by the minute — often live on air. One minute a radio mic might be on someone's lapel, and the next it could be on the end of a trumpet. 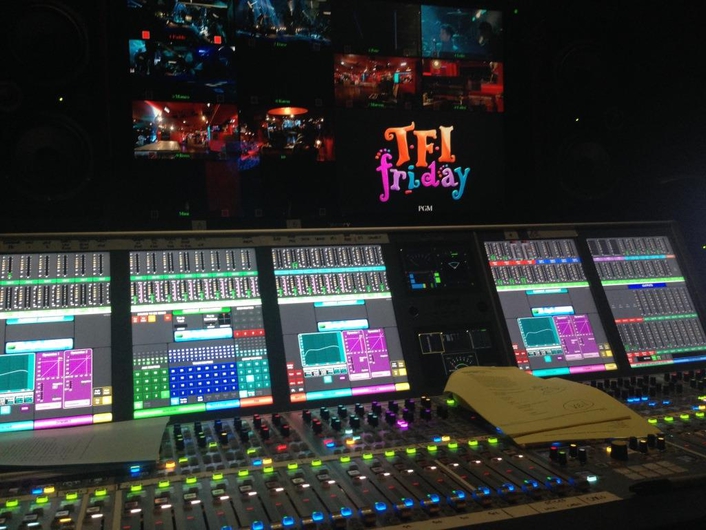 Mixing the sound for "TFI Friday" was a partnership between Nock and Kevin Duff, who have worked well together on other shows. Nock dealt with the bar area, which included mixing everything from presenter and guest mics, EVS play-ins, and Skype™calls, to a mariachi band and a keyboard made from bananas. Duff mixed the downstairs stage area, which featured several live performances per show by some of the biggest names in music.

"Howard regularly works with Calrec audio desks and is very comfortable with them, so it made sense to ensure he was on solid ground," said David O'Carroll, Presteigne's head of technology. "The Artemis provides a huge amount of resources to account for rapid production changes, but in a relatively compact size."

Now that the current run of "TFI Friday" has ended, Presteigne will make the Artemis available for other customers to rent.

"David O'Carroll from Presteigne is not only a trusted expert in broadcast technology, but his first job in broadcast was on 'TFI Friday' when it first aired in 1996. Through Presteigne, we're excited to be a part of that iconic programme,”" said Jim Green, international sales manager for Calrec. "Our partnership with O'Carroll and the Presteigne team ensures that rental customers in the U.K. will have access not only to Calrec technology, but to a vast store of expertise for audio planning and product support."