Cabaret with d&b at the Savoy Theatre, London 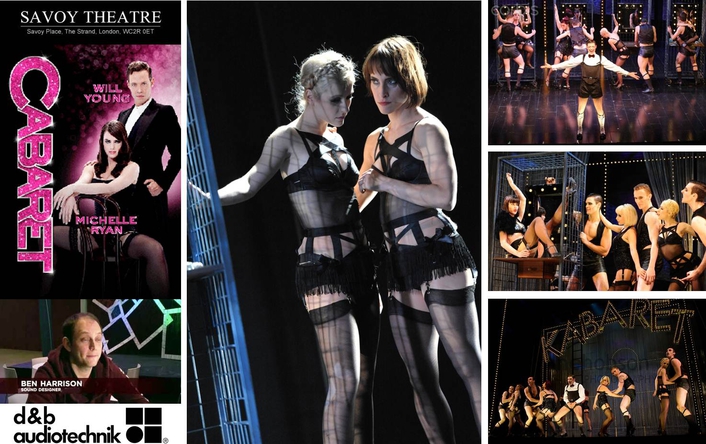 .
There is something uniquely timeless about Kander and Ebb's 'Cabaret,' if only we could all wear our age as well as this musical. The current production at the Savoy Theatre, London bears the familiar hallmarks of love and lust; the reassuring twang of taut suspender has not been omitted and we have to ask ourselves, was there ever a sound so welcome to the masculine ear?

While elastic familiarity might be a touchstone, there are more talismanic elements to what we hear in this particular staging, as sound designer Ben Harrison explained. "Orbital Sound happens to own some d&b F1222s, these are the successor to the F1220 that was launched in 1988. Despite the age I did specify them deliberately. I have had occasion to use them a few times on bits and pieces and always liked them for their smoothness and total transparency. I've been waiting some time, looking for a show to put them on." The product of Harrison's ardour is the venerable F1222, a two-way active loudspeaker with a precise 60 x 40 degree dispersion; a loudspeaker that occupies the mythology of d&b audiotechnik like some overwrought character from Wagner's Ring cycle. 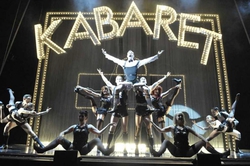 "I did the sound design for the previous production of Cabaret when it played the Lyric Theatre on Shaftesbury Avenue in 2006 and thought that for this new staging the F1222 would be the logical box. Essentially it's the same show, but it played bigger venues on tour, like the Mayflower Theatre in Southampton, before it came into London at the Savoy. Well suited to the bigger rooms, I thought that it would transfer well to the Savoy. Although the theatre has a narrow proscenium making the top centre position a little higher than normal, the room itself is a good size, and the acoustic is excellent, this was after all the home of the D’Oly Carte for many years."

The F1222 built its reputation on transparency and a gloriously well defined constant directivity that in many ways sets the bench mark for the enduring obsession d&b has with both characteristics. "We didn't quite realise at the time what we had created, but we were certain what path we had embarked upon," commented Werner 'Vier' Beyer Product Manager and the ears of d&b. For Harrison the loudspeaker had further noble attributes. "Cabaret is quite a natural sounding show, and a lot of that in the delivery is down to the smoothness of this cabinet. In fact you don't realise quite how loud it is until you turn the PA off, this loudspeaker is that smooth, especially in the HF; totally transparent."

Harrison's design is complete, "I have six rigged left/right, two for stalls, two for the circle, and two at the gallery. To pull the image to the stage I have a centre cluster of eight T10s. The great thing about the T-Series is it's so small, but so wide: I can get a sizable amount of them up in the air. That helps massively with pulling the image to the stage. "For delays Harrison uses E3s, and the surround system is E0s, "Even with its sainted reputation for fidelity, the other d&b elements of the PA system all sound harmoniously in symmetry with the F1222s." Despite its origins in the analog era, Harrison chose to make one concession to modernity. "I do like to run everything AES straight out of the Yamaha desk, so I asked Orbital to provide D12 amplifiers to run the F1222s instead of the older A1amplifiers that had been the norm." 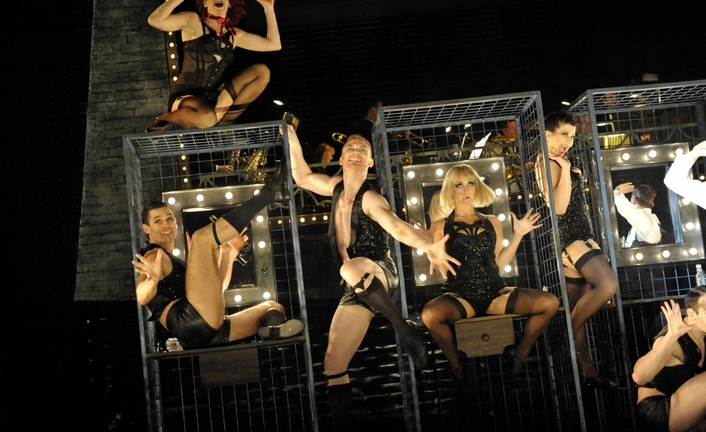 "It was the first time we'd ever been asked to do that," said Dan Samson, Harrison's Production Engineer, "But low and behold, d&b had already had the loudspeaker parameters preloaded into the D12 since day one, so Ben's request was easily fulfilled. Whatever the reputation of the F1222s, and even allowing for the traditionalist view of the analog world, it was clear to Ben and to me that switching to the D12 actually made not the slightest colouration to the sainted performance of the loudspeakers."

"This revival of the 2006 production has allowed us to reimagine the production for the larger venues," concluded Harrison, "Scaling up slightly while losing none of the focus on the all important sense of time and place. It's been very fulfilling to see the F1222s be a part of that; I can think of no other loudspeaker that originated twenty four years ago, which we could expect to perform so well; just as this new cast has performed. Immaculate."

A Historical Sound: d&b a... Historic Zhongshan Hall
Let it d&be: Reproducing Fifty Years of Music
Tales from the Bridge