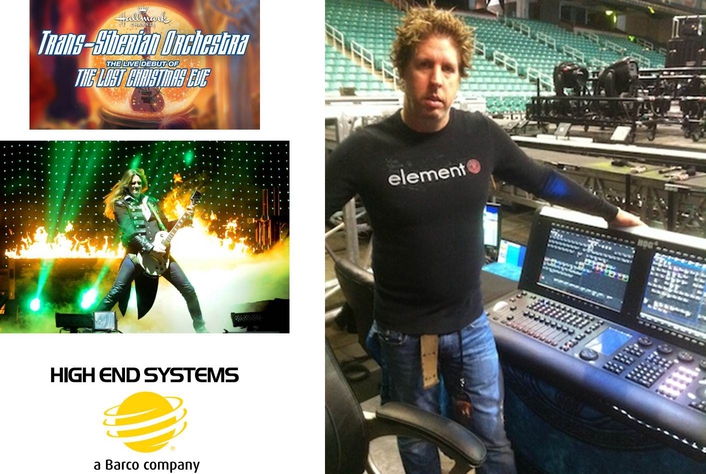 Hartley makes the switch from Hog 3 to Hog 4
After getting his first look at the High End Systems Hog 4 console at the 2012 LDI show, leading lighting designer Bryan Hartley integrated a pair of Hog 4 desks into his lighting package for the 2012 TransSiberian Orchestra tour. While the two concurrent TSO tours were each initially programmed with a Hog 3 desk, Hartley demo'd the new flagship Hog 4 at LDI and was compelled to make the switch to HES's latest and greatest show control.

Hartley has been an advocate for Hog 3 since employing it on a Motley Crue / Aerosmith tour ten years ago. He says, "I saw the Hog 4 at LDI, and thought it looked awesome. Initially, my thought process was to wait until next year to upgrade, as the board was not quite yet available for delivery. But when I got into rehearsals, something just triggered; I called Craig Burross at High End and told him I wanted to buy a Hog 4 … he said 'absolutely'. 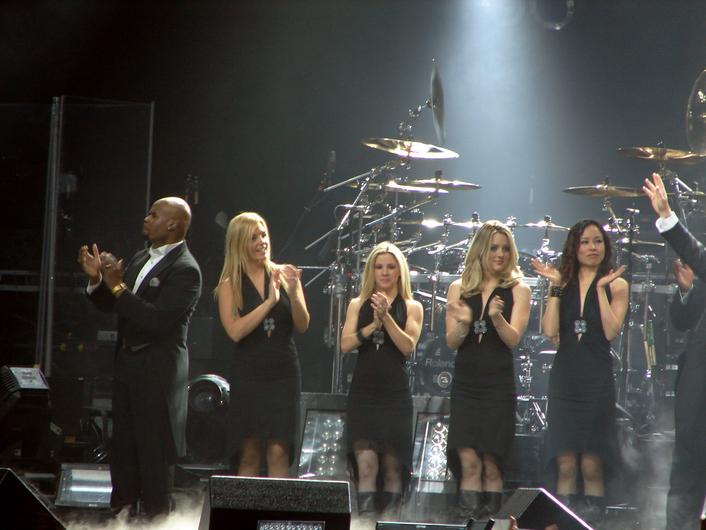 Bryan did all the programming for TSO on the Hog 3, and received the Hog 4's about two weeks into the tour. "We were already in a groove," he says. "Chris Muenchow from High End came out with the desk and got it all going. The change was amazingly seamless; we just brought it in and used it. I put my show in from the Hog 3, and just about everything came up. I did have to change my palettes around a bit because of the larger screens. Chris helped me get a few issues sorted out, and it worked perfectly on both legs for the entire tour!"

After visiting the East Coast production and getting Hartley upgraded to a Hog 4, Muenchow flew to the other coast to bring Dan Cassar (lighting director for TSO West Coast leg) up to speed with the new platform. Hartley says that after using the Hog 4, Dan thought it was brilliant, too.

Bryan had his existing Hog 3 boards as active backups, but never had to call them into service. Asked about his first reflections on the Hog 4, Hartley offers, "I think the board's brilliant … I love it. I think it's got a great feel to it. I added to my programming as TSO went along, so I did program with it, but I can't wait to use it in a programming situation from the start."

He continues, "The integration of our show data from Hog 3 to Hog 4 was absolutely excellent. It really worked so well, and that solved one of my major concerns, to be honest, because TSO is such a big show and there are so many lights involved. I run all the lighting, video, lasers, etc. through the lighting board, and so I must have a backup, because if something happens there can't be any delay. We've got it worked out where I can switch over seamlessly if there were ever a problem. It's quite awesome the way that you can save a Hog 4 show, put it right in the Hog 3 and it works flawlessly. We switched to the 4 the morning it arrived; I did a matinee show, then the night show and on for the rest of the tour."

Backwards compatibility is vital to Hartley as he also owns two Hog 3's. "I can't get rid of my Hog 3's," he chuckles. "I have to utilize them to make money off my investment. Those Hog 3's make me a lot of money every year, so I don't want to get rid of them, know what I mean?"

In closing, Hartley says he welcomes the more expansive real estate of Hog 4's touch screens. "The bigger screens are a big deal to me," he says. "I never used external screens at all with the Hog 3. But having said that, when I moved over to the Hog 4, I immediately appreciated the larger touch screens. I rarely had to scroll down on any of the palettes; other designers are going to love how this console can be set up to reflect their unique style of operation. I also noticed a faster tactile response on the screen. Actually, the entire console feels faster - I can select a group of lights, hit the gobo, hit the color, hit a position, turn it on at full, and it all happens really fast. I think I was a bit faster than the Hog 3, but the Hog 4 lets me go as fast as I want to go." 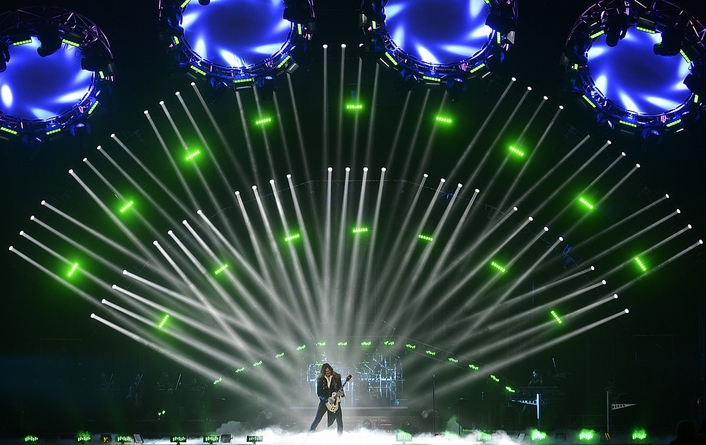