Bringing Nashville to the UK

Adlib was delighted to be chosen by the production team from the Grand Ole Opry in Nashville, Tennessee, to supply lighting, audio and crew to the recent UK arena tour by the stars of the CMT hit musical drama TV show, “Nashville”.

Tony Stephens was the popular tour manager who headed the ship with tour director Betsega Bekele.

This, the first arena size tour here for the phenomenon, featured an incredibly talented house band backing a selection of stars from the show like Charles Esten, Clare Bowen, Chris Carmack and Jonathan Jackson, who played a lively jukebox mix of favourite songs from the latest series, together with their own original material and some unexpected covers.

Adlib’s Phil Stoker masterminded the audio elements, designing and specifying an L-Acoustics K2 / KARA rig that he knew would work well for the music and the vibe in the venues on the itinerary. Nashville’s engineers John Dauphinee (FOH) and Mark Richards (monitors) worked alongside Adlib’s Mezei Marci, Martin O’Grady and Antonio Calvi on the road.

Lighting was looked after by Charlie Rushton, with a design created by Adlib’s in-house team to a brief received from Nashville touring producer, Steve Buchanan and their show caller, Ken McGriff, both of whom were on the road with the show. 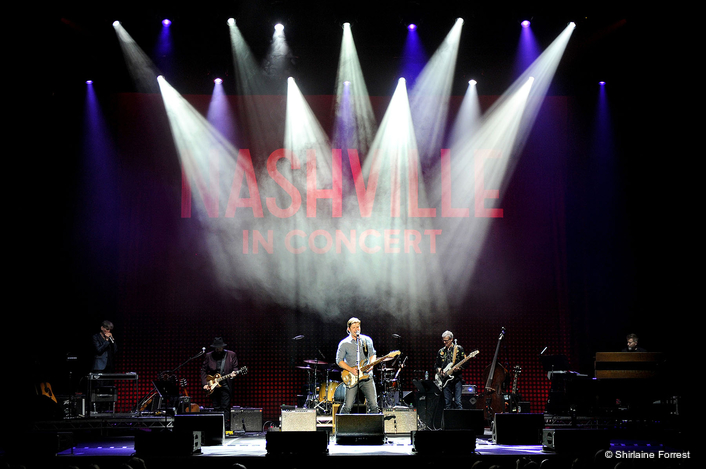 The Sounds of Nashville

The main PA hangs – in their largest configuration - were 14 x K2 loudspeakers with 12 x KARAs for the side hangs, supplied with all necessary rigging, complimented by 16 x ground stacked KS28 subs, plus some KARA and ARCS for infill and lip-fills.

“The key was keeping the system flexible, solid and reliable” says Phil. The country music and theatre style of the performance also made K2 an ideal choice.

Venues ranged from London’s Royal Albert Hall to Manchester Apollo, where two shows were shoehorned into one day, to accommodate as many fans as possible when the planned Manchester Arena show had to be moved due to the building still being closed following the terrible events of 22nd May. 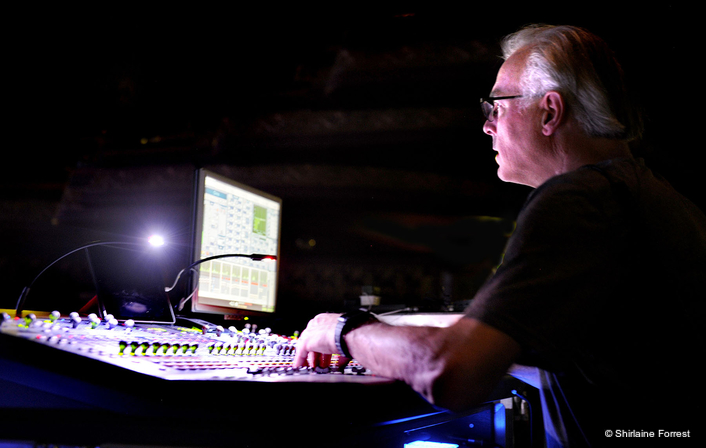 The FOH console was an Avid Profile, picked by John Dauphinee and the Yamaha CL5 on monitors was chosen by Mark Richards.

The processing was taken care of by a standard Adlib Lake rack loaded with two LM 44s, two LM 26s in conjunction with the L-Acoustics Network Manager which controlled the LA12X amps.

The rapport between the band and the soloists was very tight, and there was also a very proactive relationship between performers and audience as the whole Nashville musical concept transitioned seamlessly from the small screen into an epic live experience.

The Lights of Nashville

After the initial creative brief that it should resemble a large TV-style set with two side IMAG screens, Adlib introduced some basic touring elements with three LX trusses overhead and a drapes truss upstage to hang the straightforward Nashville backdrop.

The moving lights comprised 21 x Martin MAC Viper profiles, 12 on the front truss for key lighting, with five on the mid and six on the back for specials and effects. 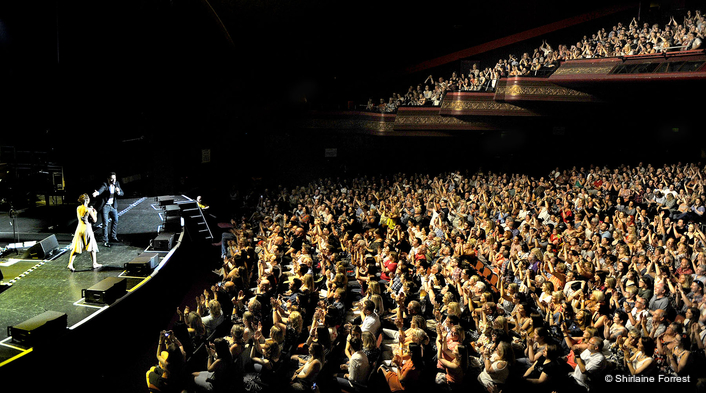 The show at Manchester Apollo.

These were enhanced with 16 x MAC Viper Washes, five on the front and back and six on the mid truss.

Six Chauvet Strike Four LED ‘blinders’ completed the downstage truss, perfect for the audience participation moments. The stage was finished off with 20 x Chauvet COLORado Batten 72 Tour LED Battens to light the Nashville backdrop and focal point of the stage.

The grandMA2 full size console was run by Tom Webber, with a PC system as a backup. Tom was joined by Jeff Bond on the lighting crew to complete the Lighting team alongside Charlie Rushton.

The desk was set up and programmed to be flexible. Tom worked closely with Ken to adapt the show each day as the set varied from show to show. They needed adaptability and scope to operate on-the-fly, rather than be limited by regimented and pre-cued looks. Ken called the show and follow spots, while Tom took care of the lighting operation.

Adlib supplied a Green-GO wireless/wired combination comms system, running wireless out to the two Robert Juliat Merlin FOH follow spots. They had a show ring set up for all to hear and a dedicated channel for Ken and the follow spot ops – so the rest of the crew didn’t have to hear the spot cues. The video crew’s separate comms system could also be patched into the master Green-GO system, connecting all the technical departments which was extremely useful. 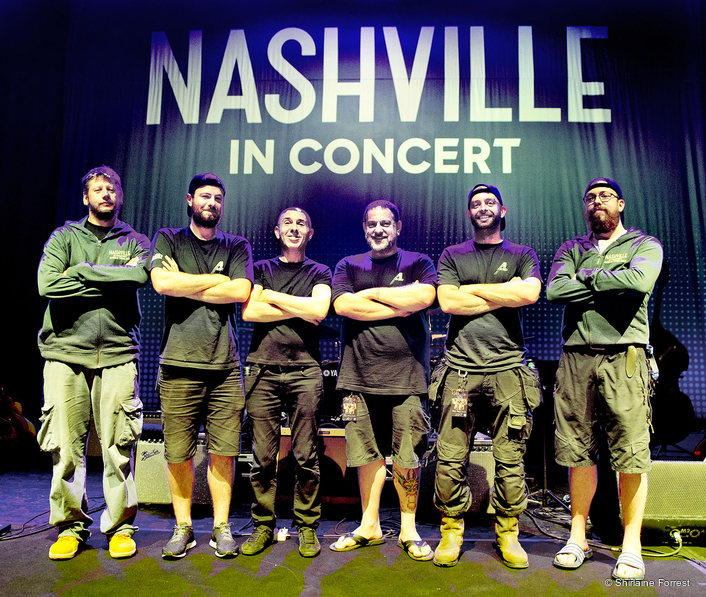 The two shows in Manchester Apollo really captured the mood and emotion of the city which stood united and strong in the wake of the Manchester and London terror attacks.

Adlib account manager Phil Kielty reports “It has been a real pleasure dealing with Tony and Betsega who pulled all this together so smoothly. At the Apollo show particularly, there was a great mix of poignant and rousing songs to which everyone in the venue responded, with lots of audience interaction, solidarity and energy – a classy show with plenty of heart, soul and substance, with which we were all very pleased to be involved,” he concluded.