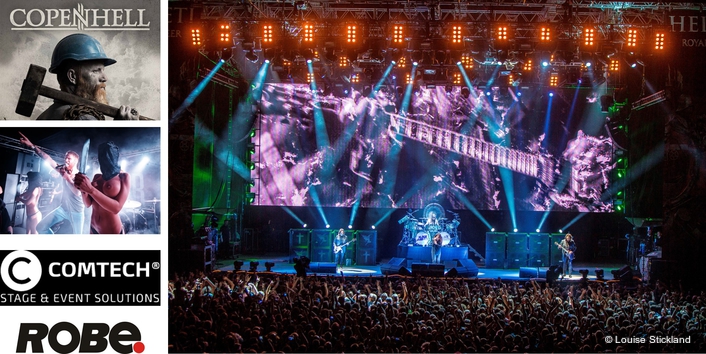 Leading Danish rental company Comtech suppled 68 x Robe BMFL Spots to the main Helveti stage at the 2016 Copenhell Festival in Copenhagen, Denmark. Comtech has been a lighting, staging, video and rigging supplier to the popular Live Nation event which has grown year on year since its inception in 2010.

Staged in the charismatic old B&W Shipyard (Burmeister & Wain) in Refshaleøen, the former industrial heart of the city, the huge piles of rusting steel and other nautical relics are awakened noisily each year by the very best of heavy, hard and death metal music.

The three day event is enjoyed by an audience of 18-20,000, who this year were treated to industrial strength performances by main stage headliners Black Sabbath, the Scorpions and King Diamond along with many others across four performance spaces including the Hades and Pandemonium stages. 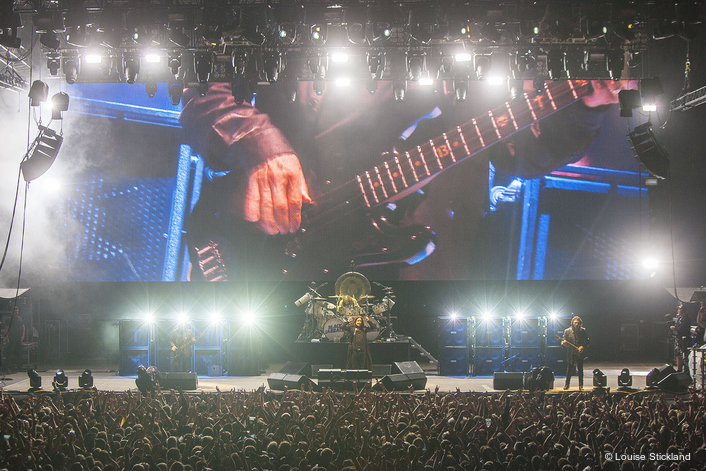 Comtech - one of Denmark’s leading rental specialists - started purchasing BMFLs in 2015 and Robe’s signature high power fixture range has proved a fantastic workhorse for the company which works across many sectors with an emphasis on concert touring, music and festivals.

Copenhell 2016 was a particularly busy period for Comtech, which actually had 122 BMFLs out on the road at that time on a variety of other shows and events, which included The Apollo Stage at Roskilde Festival staged the following weekend (LD Sune Verdier) and on tour with popular Danish singer Christopher (LD Kristian Holm), classic dissident singer and performer Kim Larsen (LD Fut) and duo Krebs & Falch (LD John Skaeg).

“The BMFLs are simply out all the time,” confirms Comtech project manager Jes Christiansen ... which of course is great news to any rental company!

At the atmospheric Copenhell site, overlooked by a massive printed version of the event’s wolf eye logo attached to one of the colossal old shipyard buildings, Jes explained that they looked at the requirements of the main headliners - the Scorpions on the Friday and Black Sabbath on the Saturday ... And produced a lighting production design which incorporated these and also kept the overnight re-rigging requirements practical! 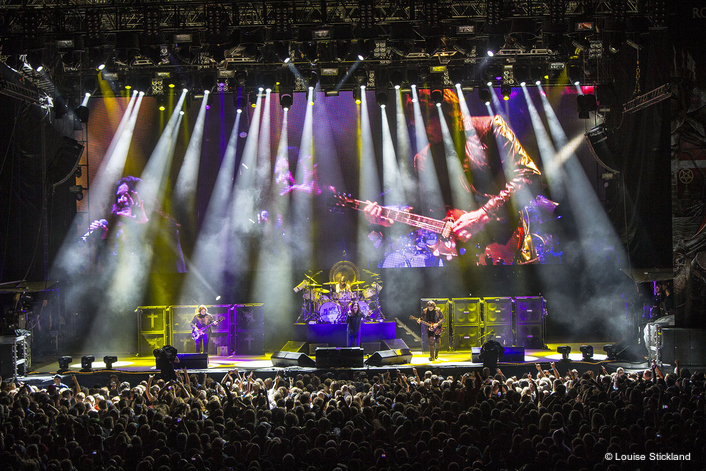 Both Manfred Nikitser, associate LD and lighting operator for The Scorpions and Michael Keller, LD for Black Sabbath were happy to use BMFL Spots, which were chosen by Comtech for this because they can be seen onstage in daylight … even when the sun is shining brightly!

Jes also likes the large lenses and the big chunky lightsource. "It is a look that really works for this genre of music,' he commented, adding that the true BMFL multi-functionality is an asset generally to festivals, giving maximum flexibility to any event with a   multi- artist line up.

He further mentions the ruggedness of the fixture and the fact that BMFLs can - and do - take some serious abuse at a gig like this! 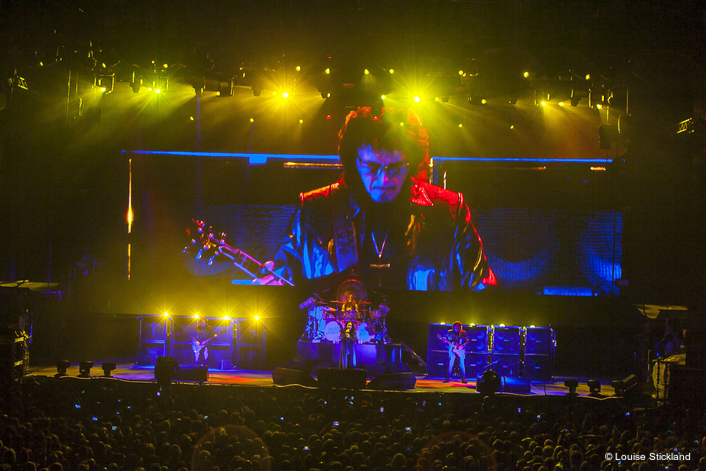 Fifty-six of the BMFLs on the Helveti stage were distributed across the three main overhead lighting trusses for Black Sabbath, with 12 on the floor …  and all were used extensively as the maverick rockers - led by the legendary Ozzy Osborne and with original members Tony lommi and Geezer Butler also in the line-up - brought the 2016 festival to a raucous finale as part of their ‘The End” tour. 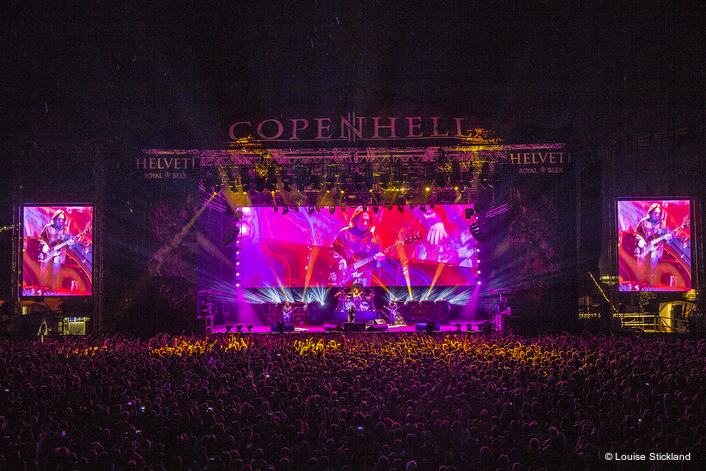 In addition to being the main profile fixtures on the rig, seven of the BMFL Spots were used as truss follow spots for Sabbath ... A trend that's becoming increasingly popular as it provides a perfect match, colour wise, to the rest of the rig, and the intensity is more than enough to do the job.

For Comtech they have proved an excellent investment and Jes says he’s also looking at adding some BMFL blades to rental stock soon.