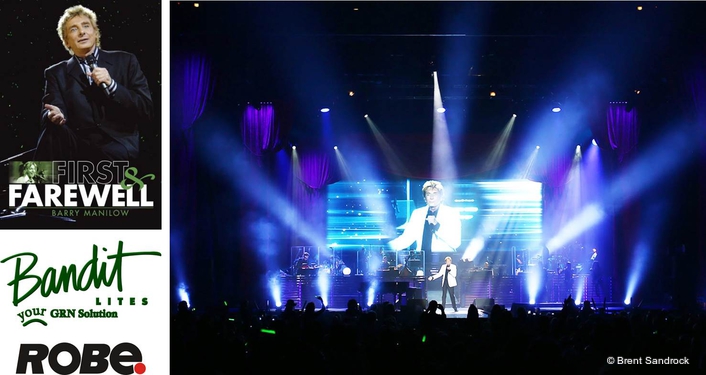 .
Barry Manilow is in the midst of a memorable and extensive ‘Farewell’ US tour for which Creative Director Seth Jackson specified 12 x Robe BMFL Spots as part of an elegant and stylish design to help ensure the legendary artist exits an incredible performance career on a high note.

Manilow, one of the most prolific and successful singer/songwriters and producers in the world with over 80 million records sold, is also among the best-selling artists of all time, and responsible for classics like ‘Mandy’, ‘I Can’t Smile Without You’, ‘Copacabana’ and numerous others … is also celebrating 40 years at the top in show business.

Seth has enjoyed a long-standing working relationship with the artist dating back to 1998 when he started as a ‘fill-in guy’. Over that remarkable 27 years, he’s also taken on the lighting, set and production designer roles, and has enjoyed the various challenges of creating fresh and invigorating performance environments each time.

Seth has used Robe products in other projects over the last couple of years – including Selena Gomez’s acclaimed ‘Stars Dance’ extravaganza – and this was his first chance to spec BMFL Spots.

Knowing the tour was approaching, he ‘auditioned’ 10 x BMFL Spots during the Austin City Limits Music Festival towards the end of 2014 and was “Immediately sold” on using them.

The tour design does not feature a ‘big lightshow’ look as they wanted to avoid all the clichés of a ‘rock concert’. Instead they chose a sumptuous theatre-referenced look, with lots of red velour draping, warm wood trims and the trusses completely concealed, “It gives the stage an energy that’s more unusual in a standard world of grey carpets and truss toners,” he remarked!

The BMFL Spots are the only hard-edged fixture on the rig and are positioned on the overhead trusses and used from the front to wash the stage area and from further back as down and rear lighters. They cover multiple needs from general color washes to gobo texturing to animation effects: “Incredibly versatile” says Seth. 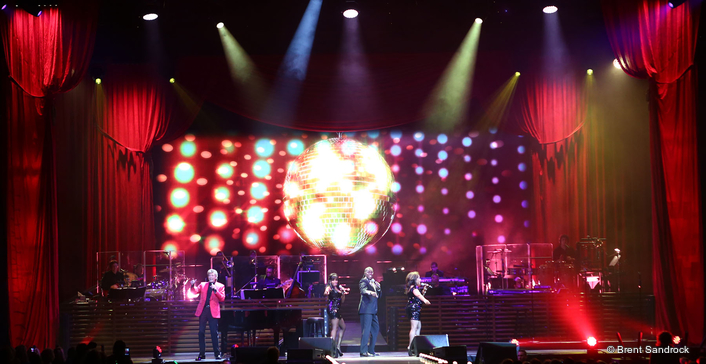 “The flexibility of the BMFL Spot is remarkable. From tight beams to washes, terrific color mixing and the speed and brightness of the fixture, they are helping me cover a lot of ground with only a few units”.

Seth is particularly impressed with the power and brightness. “Even in the wider zooms with the most intensely saturated colors in, there is still enough headroom to cut through. It’s really quite amazing,” he reiterates, adding that a split-second later you can snap the BMFL SPOTs into a tight pencil beam for graphic style looks.

In addition to the BMFL Spots, there are also 10 of Robe’s little LEDBeam 100s on the floor, used for punchy beam effects to help fill out the larger effects. “For their tiny footprint, they add enormous depth and scale to the space,” comments Seth. Ten ROBIN CycFX 8s are positioned upstage to color the soft goods and scenic elements.

Thirty-six Anolis ArcDots are used to line the center stage runway which allows Manilow to get right in amongst his fans. These were selected after a discussion with the artist in relation to his current ‘Dream Duets’ album, as he decided to perform his dream duet with Judy Garland. They had TV footage of her on a runway lined with lights, so this was added in to the touring set. Seth needed a suitable, durable and tourable light, to replicate the effect and when he saw the ArcDots on a visit to Robe Lighting’s Florida headquarters … he found his solution!“

They add a great look to the runway, give us plenty of options and are super-bright for such a small fixture,” he confirms. 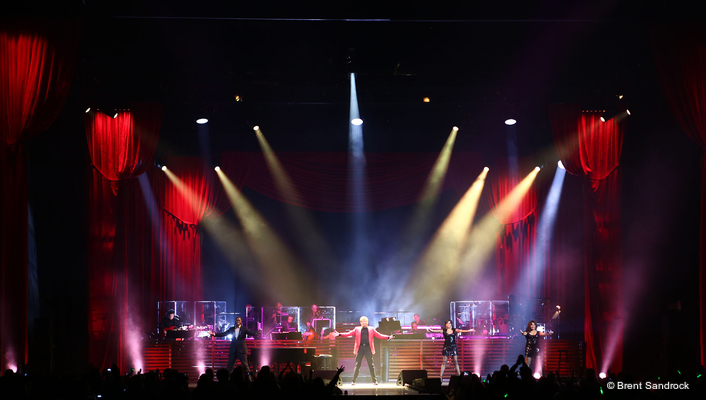 The most difficult element of lighting this tour has been preparing for the vast back catalogue of music available for Manilow to play onstage. The artist himself is integrally involved in every aspect of the process of developing the show’s concepts and technical elements and always has the highest expectations from everyone on the creative team.

Nathan is running the lighting from a grandMA2 ultra light console and the equipment is being supplied by Bandit Lites, crewed by Jeff Archibech and Carter Harris. 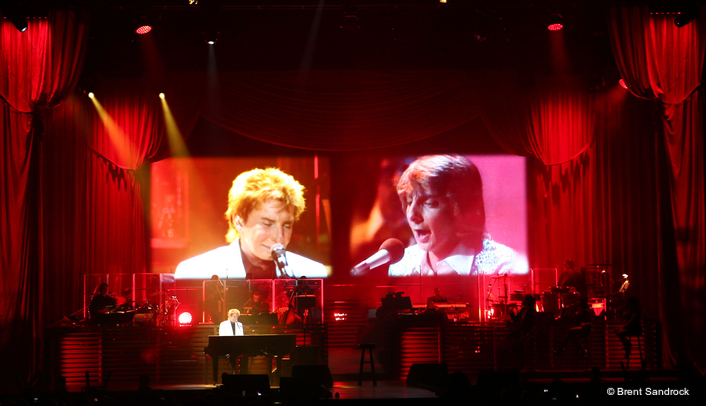 Bandit and Seth have enjoyed a great working relationship since 1998 and the Tennessee based rental company first provided lighting for Manilow in 1999.

This tour is project managed for Bandit – one of the first rental companies to invest in Robe’s new signature fixture - by Michal Golden, who says, “We’re extremely happy with the performance of the BMFL Spots.” The company is also actively working on a number of other projects with them. 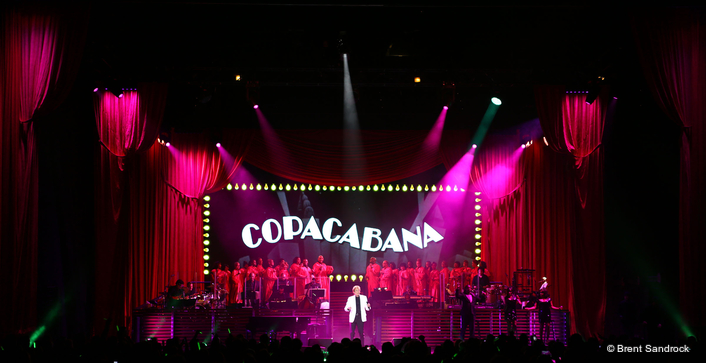 Golden adds, “We’ve had the privilege and pleasure of working with some outstanding industry professionals in our years of supporting Barry Manilow’s live work, which – apart from Seth - includes Production Manager Sacha Bambadji and Tour Manager Adam Kief.”