Blackouts’ rigging team in A League of Their Own 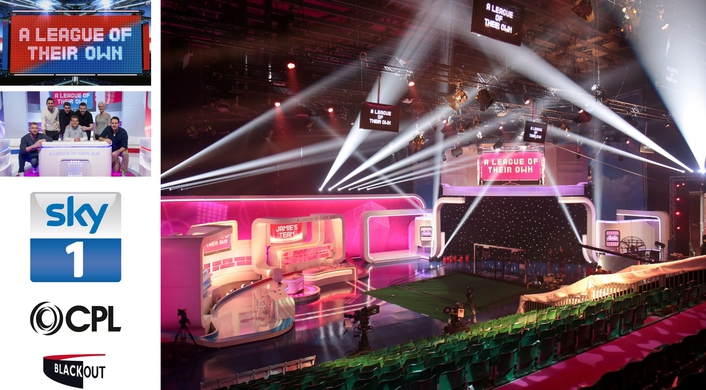 Growing with the show over the last seven years, a team of six Blackout riggers lead by project manager Alex Duke, was entrusted to supply, install and operate a range of drapes and rigging equipment to transform a sound stage in the well-loved TV set playing host to the likes of James Cordon, Jack Whitehall, Andrew Flintoff and Jamie Redknapp.

During the week long install, black wool serge drapes were hung around the perimeter of the Elstree studio to improve the TV aesthetics and ensure the audiences’ attention was focussed on the on-stage action, whilst also helping to soundproof the sound stage.

A selection of Pro-Lyte H30, Pro- Lyte 40 and Thomas Superlight truss was supplied, creating four lighting truss grids installed above the audiences’ temporary tiered seating grandstand. Over 60 motors, including one, half and quarter tonne Lodestars and Liftkets were utilised to hoist the lighting truss grids into place above the TV studio audience.

Above the TV set itself, Thomas 52cm Super truss was utilised to hang the sound equipment and lighting to illuminate the panellists. Three entertainment screens were also suspended from the truss with ‘League of Their Own’ branding and prompts for the live audience to follow.

Moving screen elements play a large part in each of the hour-long episodes which are controlled by 10 Kinesys, an encoded automated control system for the use of accurately chain hoisting set elements. Blackout Installation Technician Josh Coller remained on set during the bi-weekly filming schedule over three weeks to operate the moving screens and offer technical support. To the right of the panellists’ seating, a large moving set element with in-built screen also was hoisted during the recordings to reveal behind it a black starcloth backdrop, from which celebrity guests would walk onto set. 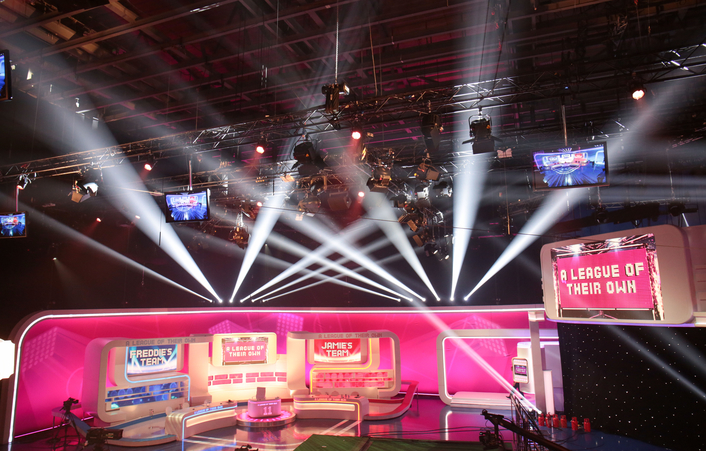 Project manager Alex Duke comments: “With many years experience working on spectacular TV sets and live shows, we are proud to continue our longstanding relationship with CPL Productions and delighted to help create visual experiences paramount to the enjoyment of the live studio audience, as well as the viewers watching at home, with the end result maintaining the highest of entertainment standards synonymous with the award-winning show.”

A League of Their Own
CPL
Blackout