Blackmagic Design takes to the stage for Syrian superstar

The team, led by Mamdouh Kaddour deployed two video systems at the concert, with the main desk taking responsibility for a live multi camera mix of the concert, which was used for television broadcast as well as the star’s social media platforms.

A secondary, standalone system, centered around an ATEM Television Studio Pro HD, fed the auditorium’s LED screens. “I wanted to keep the two production areas separate, so that the auditorium audience had their own unique experience at the concert. I also fed computer graphics through to the switcher via an Intensity Shuttle, which were mixed into the big screen feed to complement the performance on stage,” explains Mamdouh. 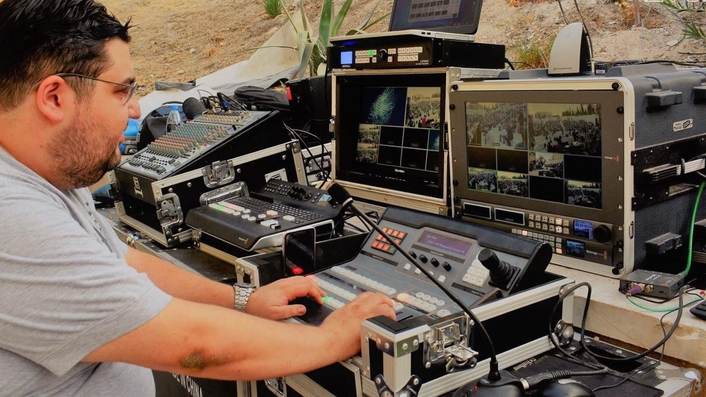 Pixel deployed eight Blackmagic Studio Camera 4Ks, which delivered medium, wide and rooftop shots of the stage, with a handheld URSA Mini close to the performers, and a drone rig for aerial shots. “The cameras deliver excellent live performance images, both for big screen and social media content,” continued Mamdouh. “All of the studio cameras were paired with ENG lenses, and were used in an array of rigs: on dolly tracks, drones and on jib cranes, and the images we captured from each gave us a huge variety of options during the performance, which helped bring our production to life.”

ISO feeds and the live PGM mix were captured with HyperDeck Studio Pro and Mini recorders for post production, so that Mamdouh could produce highlight packages for social media platforms including Facebook and Nassif’s official YouTube channel.

“Nassif’s Damascus concert was an extremely high profile event, and so we had to have a live production system in place that wouldn’t let us down,” explains Mamdouh. “We’ve relied upon Blackmagic Design products since the inception of Pixel, as they meet our requirements for extremely high live production values, reliability and affordability.” 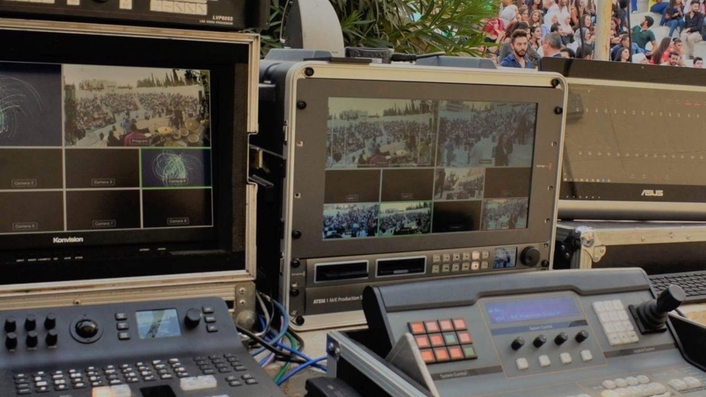