Ben Rector’s career is a textbook case of what the new music industry landscape looks like: a sea of independent musicians touring and working hard to break through public consciousness when up against major label-backed artists. The Tulsa-born, Nashville-based Rector has put out seven albums on his own indie label, Aptly Named Recordings, selling over 450,000 albums and four million singles in nearly a decade—a large accomplishment for an indie artist.

Jake Hartsfield, Rector’s FOH engineer and production manager, has added a new tool in Rector’s road kit helping him perform in that crowded field that is the music business: a compact pair of DiGiCo SD9 digital consoles, used for FOH and monitors. The DiGiCo SD9s give Rector and Hartsfield the power and performance to help stand out on the road, plus the economic effectiveness to stay out there profitably.

Rector has been touring all year, and his schedule is still packed with headline amphitheater and theater dates this fall. Touring with the SD9 consoles, rented through Nashville’s Spectrum Sound, has offered Hartsfield and Brian Boggs, Rector’s monitor engineer, a new level of effectiveness and efficiency.

“I’d read a lot about the DiGiCo consoles and many of the live mixes I’ve admired were mixed with them,” says Hartsfield, who’s also mixed live shows for other successful indie artists such as Megan & Liz and Kidz Bop. “Spectrum Sound had SD9s available that were fully upgraded with the new Stealth Core 2 software and the Optocore fiber-optic loop that lets both consoles share the same SD Rack amp heads.” 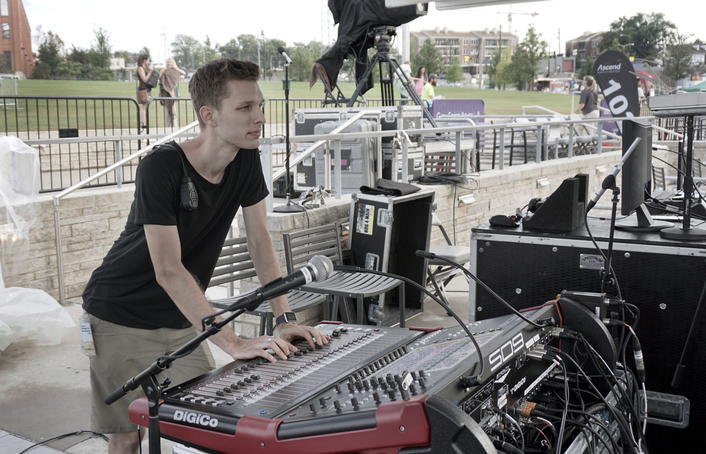 He’s also found that the SD9 has virtually all of the EQ and dynamics processing onboard that he needs for live shows. “I put a bit of the Waves C6 multiband compressor plugin on Ben’s voice for some polish,” he says. “But everything else I need is right there on the console.” 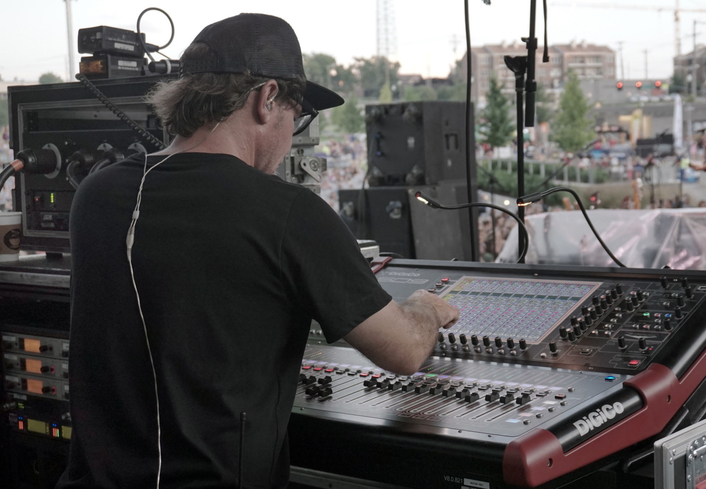 The SD9’s sonic power and flexible connectivity, combined with its compact form factor and light weight, helped to boost the economics of touring for Rector and other indie artists. “We’re at that point right between a semi-truck and two trailers, so the compactness of the SD9 really helps there,” says Hartsfield.

Yet, he emphasizes, he doesn’t have to compromise any performance. “With the new Stealth Core 2 upgrade, I can have 96 channels,” he says. “When we began rehearsals, we were right at 48 channels, so I have plenty of room for additional channels if I need them. I’m also very comfortable with the number of faders and work surface.”

And the SD9 offers Hartsfield options that contribute greatly to Rector’s live show: Hartsfield connects the SD9’s I/O through MADI via the DiGiGrid MGB to a multitrack recorder, enabling him to record every show (Rector’s 2014 LP release was a live record), and playback from that routed back into both consoles via MADI enables him to do virtual monitor soundchecks at FOH and monitors. 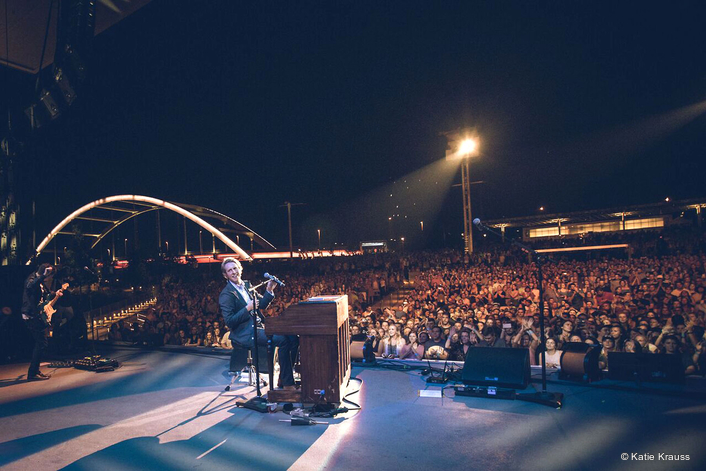 “The flexibility, the sound and the performance of the SD9 are all fantastic,” he says. “It’s the best-sounding desk I’ve ever mixed on.”

DiGiCo is a UK-based manufacturer of some of the world’s most popular, successful and ground-breaking digital mixing consoles for the live, theatre, broadcast and post production industries and is exclusively distributed in the US by Group One Ltd. of Farmingdale, New York.