Robe’s new Square LED fixture made its European live TV debut on the three shows produced by Flanders’ public broadcaster VRT which selected the song to represent Belgium at the 2016 Eurovision Song Contest (ESC) in Stockholm. The shows featured an intricate and interesting lighting design by Ignace D’Haese from Arf & Yes.

The 24 active Square fixtures were central to Ignace’s scheme and concept for the shows which were staged at AED Studios in Lint, Belgium, in front of a live audience and a huge TV following who tuned in to watched the five final contestants perform their songs … before voting on the winner. 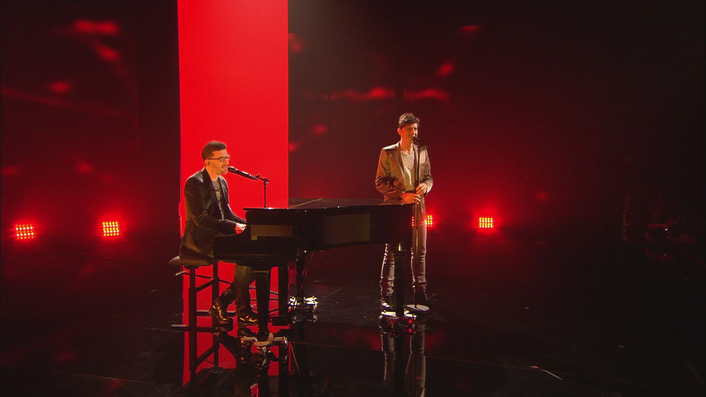 Ignace has an architectural background and is known for his intelligent and thoughtful approach to lighting high profile, blockbuster music television shows. He unties all the drama and emotion of the music and the ‘moments’ on screen and for the live audience by introducing light art, subtleties and detail which is picked up by multi-camera shoots. It’s more about adding dynamics through proper application … rather than just blasting the stage with LED and other lighting clichés! 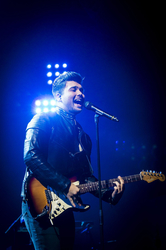 This show was no exception, explained the designer, who reveals that he had conversations in the past with Robe’s CEO Josef Valchar about the possibilities of creating a square lightsource. “For me a square shape is much more interesting than a round one”.

When the Square was launched by Robe, he was very keen to incorporate the new technology into his work, with Eurosong 2016 presenting a perfect opportunity.

Ten Square fixtures were positioned on the stage floor upstage and in the gap between a set of large LED video screens that tracked up and downstage. These Squares brought large bold blocks of light and colour and other floor-level contrasts into the shots.

The other 12 Squares were positioned above the performance area on the overhead grid in banks of two – one above the other – in a semi-circular shape.

“I used numerous effects … in fact I used them every which way!” stated Ignace, who made the most of the lensing and the focus-ability of the LEDs. “The zoom is a fantastic feature to have at your fingertips!” he enthused.

They worked equally well for conventional fill light and flooding the stage area as for single and multiple ‘graphic’ effects” where he could create lines, stars, triangles and other stylised effects via the 25 individually mapped pixels. “25 pixels in a matrix is an extremely flexible palette just for effects .. and you can use them for so many other things besides that!”

Ignace and programmer Timothy de Mets had only a limited programming window while preparing for the show, so they are already looking forward to being able to experiment a lot more with the Squares on future projects.

Sixty-two Robe Pointes were also on the show, together with other fixtures, all programmed into their ChamSys console. The Pointe is one of Ignace’s favourite ‘go-to’ fixtures – he loves the variety and adaptability of the fixture, its brightness and its imaginative and different feature set. 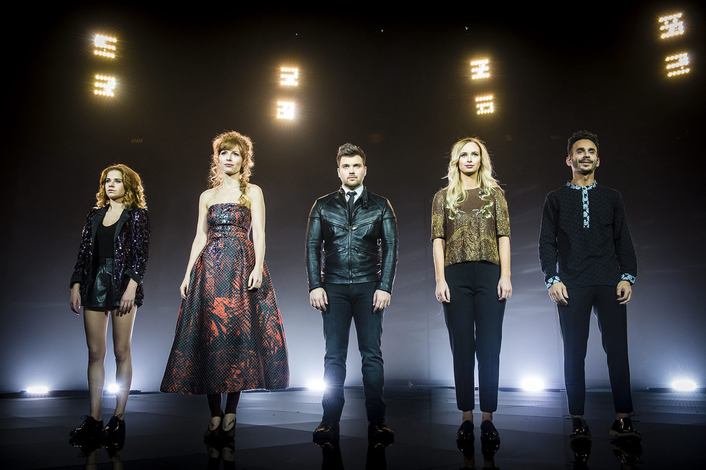 In addition to the three Eurosong shows, Ignace and Marco Pauwels (Lighting Director) also used the same lighting rig – supplied by PRG – including the Squares and Pointes for the Gouden K’s, an awards event for children’s channel Ketnet, and then a week later for the 2016 Music Industry Awards (MIAs). AKA the Belgian Grammy’s, this is the most prestigious and important annual event in Flanders recognising the talent, success and creativity of national and international artists making an impact in the preceding 12 months. 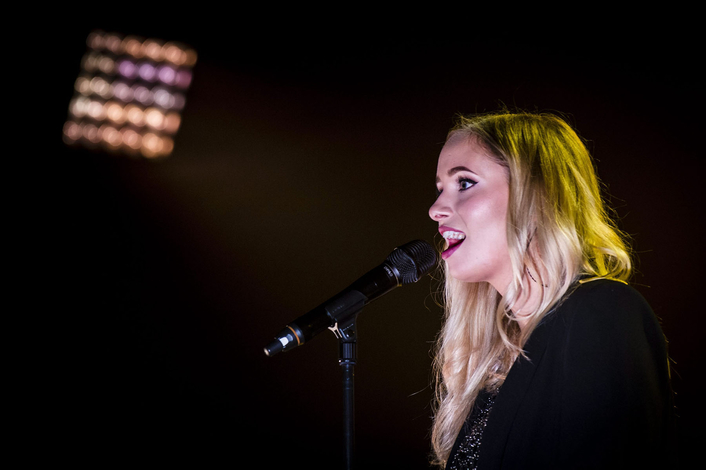 Winner of the Belgian Eurosong 2016 was Laura Tesoro, a hugely popular performer and personality who wowed the public vote and will perform the energetic funk-pop song “What’s the Pressure” - written by acclaimed Belgian artist Selah Sue - in Stockholm in May.