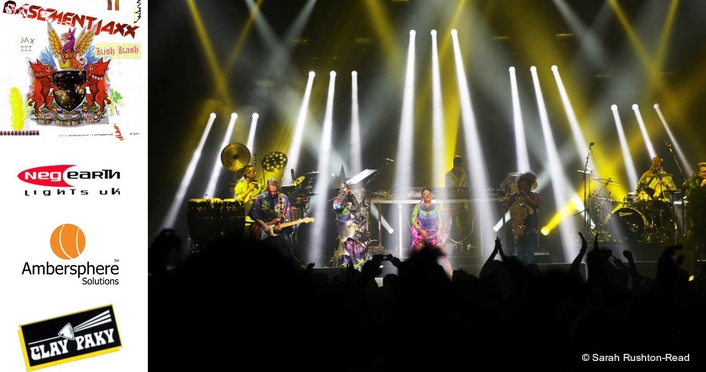 .
Jonathan ‘Leggy’ Armstrong, LD for world-famous electronic dance music act Basement Jaxx, has been exploiting the capabilities of a range of Clay Paky fixtures to create ‘out-of-this-world’ lighting on their latest UK tour.

“We’ve been touring with the Sharpy for the past year,” says Armstrong of his choice of fixtures, supplied by hire company Neg Earth. “We’ve kept them on for the production tour for the obvious reason - there is no other fixture quite like them.

“As for our decision to go with the rest of the Clay Paky package, this time round we needed fixtures that were bright, fast with multiple effects. However, space was a problem as we needed to fit the whole tour into just one truck.” 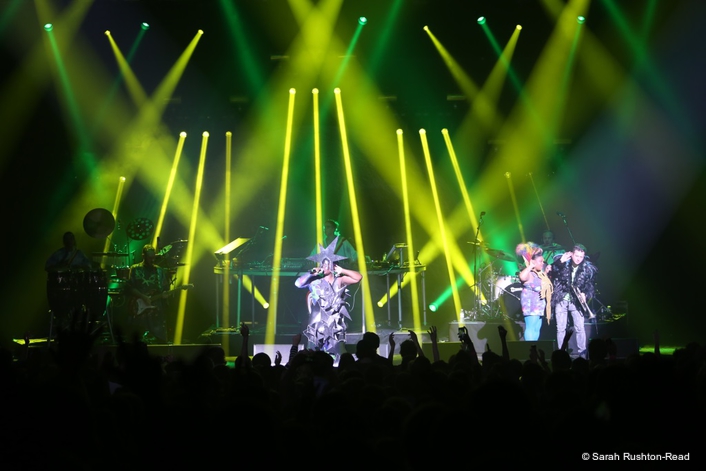 It’s the first time Armstrong has used the Sharpy Wash 330s and he says he’s impressed. “I’ve used 24 overall, even rigging them in at the front truss to provide some front stage wash. They are small, light and extremely powerful. They certainly give a lot more output for a fixture with such a low power draw. And surprisingly the beam effects allowed me to get a bit of animation out of them, which is unusual for a wash light.”

Providing the rest of the stage’s infill light were Alpha Wash 1500s, “We have a large amount of performers and guest singers on stage,” explains Armstrong “Although the Sharpy Wash is great for the colour washes, we also needed some fixtures that give wide coverage without loosing too much output – the Alpha Washes do this really nicely.”

Adding to the collage of light-effects were 15 Alpha Spot QWO 800s, “The QWO’s have got some great gobos. That’s the thing about Clay Paky profiles generally, they all have great gobos so I can create some really unusual beam effects.”

In addition the Alpha Spot QWO 800 features a ‘Dyna-Cue-Creator’ that speeds up programming by automatically synchronizing effects. This can reduce programming time before and in between shows.

“We found all the Clay Paky fixtures to be ideal for this tour because they’re incredibly versatile, robust, reliable and compact,” finishes Armstrong. “The wide effect range saves on time, space and money.” 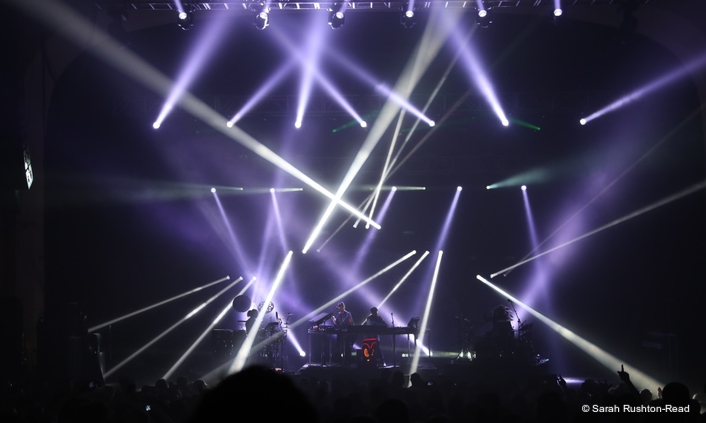 Basement Jaxx played across the UK in November and December, at venues including Brixton Academy, Apollo Theatre Manchester, and Glasgow Academy.

Ambersphere Solutions is the Clay Paky distributor in UK.