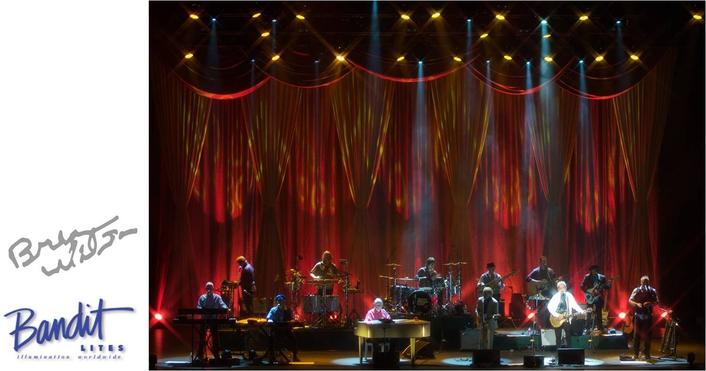 With ardent fans still clamoring to see the living legend live, musical genius Brian Wilson extended his 50th anniversary tour of Pet Sounds, an album hailed as one of the world’s greatest musical endeavors. Bandit Lites provides the lighting package for the tour, which features Pet Sounds being performed in its entirety with band members Al Jardine and Blondie Chaplin along with other hits from the Beach Boys and Wilson’s more recent albums.

“When I was a kid, there was magic in music,” said lighting designer Chris Stuba of working with Wilson. “When I started studying Pet Sounds last year, I realized these pop songs are true, pure music magic, full of honesty and heartbreak. The audiences have been so incredible going on this journey with us every night, and the music is so full of joy, it makes people who hear it happy. I am very fortunate to be a small part of this production.”
Stuba recreates the magic of the 1960’s on stage with the lighting, when Wilson was in his twenties and creating the album and sounds that would become ‘the soundtrack to peoples’ lives.’

“I get to try and express his art into lighting,” explained Stuba, “Brian Wilson is still teaching everyone about being creative and working to make us all better each day. The band and the crew are the best.”
As the tour relaunched in 2017, Stuba took the opportunity to refresh part of the design, specifically adding the new SolaSpot Frame 2000 from High End Systems to solve what had been a distracting buzzing from old amplifiers due to moving light tranformers.
“I really like the light: they are super bright, the optics are very good, and no more buzz!” said Stuba.
Bandit also supplies VL 3500s, Martin MAC Viper Profiles, VL 500s, Martin MAC Auras, Chroma-Q Color Force 72 fixtures and a grand MA 2 full console for control.
In addition to the gear Bandit provides, Stuba also refers to himself as ‘lucky’ to work with the Bandit crew.

“The personnel assigned to these tours and the home office have been top notch,” finished Stuba. “Thank you Mike Golden and thank you Bandit!”
“Anyone that knows Chris Stuba knows he is one of the finest gentlemen in our industry as well as one of the best LD’s out there,” added Mike Golden. “I have been honored to know Chris for close to 20 years, and I sincerely admire his work ethic, vision, focus and just as importantly, the positive attitude he exhibits in everything he does.”
About Bandit Lites, Inc.  Bandit Lites is a global leader in the entertainment lighting marketplace.  From touring productions to fixed installations, Bandit Lites has a full staff of highly trained professionals to deal with all types of lighting needs. Bandit’s global presence will insure seamless transitions no matter where your next show takes you. 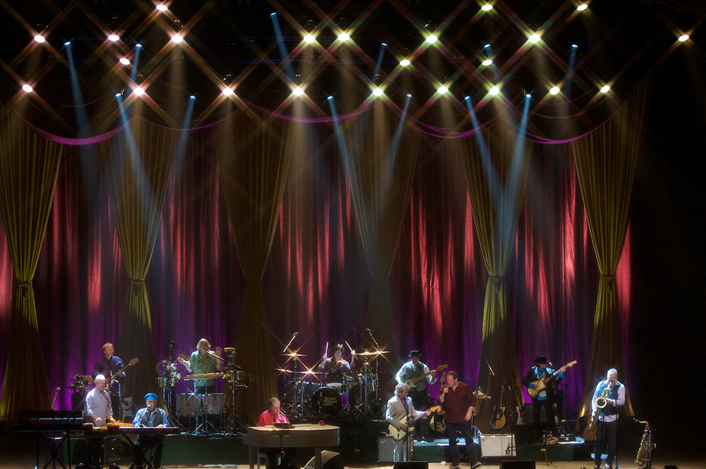