Ayrton MagicDot™-R makes its US debut at Rock in Rio 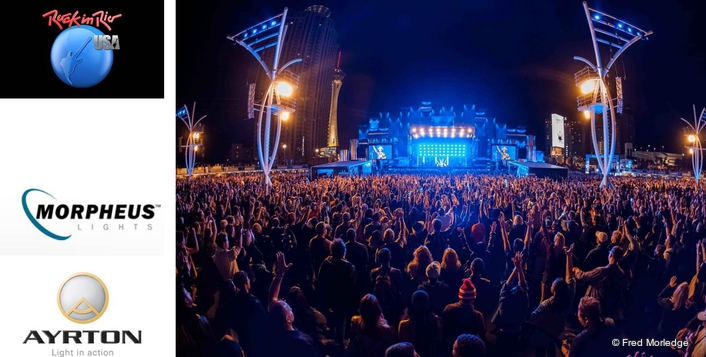 Ayrton MagicDot™-R, one of the latest products from innovative French LED lighting manufacturer, Ayrton, made its US debut with Bruno Mars at Rock In Rio Las Vegas in May. Lighting designer Cory FitzGerald of Seven Design Works used a huge configuration of 184 of the new fixtures on the singer’s closing performance at this year’s festival which was hosted for the first time in the US. FitzGerald’s design also featured an array of 128 Ayrton IntelliPix™-R panels deployed as fascias fronting the stage-wide risers that backed Mars and his band.

FitzGerald has used Ayrton fixtures on several shows for Mars, including New Year shows at The Cosmopolitan, Las Vegas and NBC’s Saturday Night Live. FitzGerald’s lighting for Mars’ one-off Rock in Rio set, however, was a unique evolution of his designs for the singer’s previous shows. “I wanted to create a similar visual vibe to the SNL show but was looking for something very specific that would bring an almost retro look to the show. Our reference points were the old PAR can rigs of those classic rock bands like Queen and AC/DC so we were searching for a fixture that would look good in a large array and create a visual reminiscent of those original touring looks. 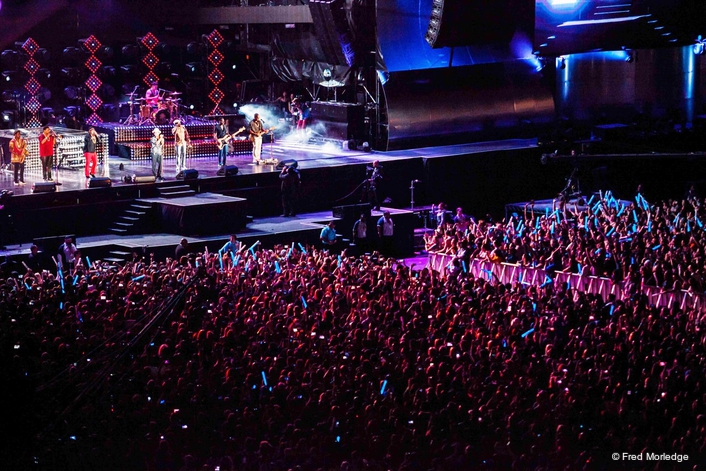 “I saw Ayrton’s MagicDot-R in the video from Prolight + Sound in Frankfurt alongside a raft of their other new products and it was exactly what we were looking for. It has a unique look about it with a quality of light and a beam-look that is very reminiscent of an old ACL-style fixture. It produces an effect is rather like a PAR can – though its appearance more like R2D2! – with a tight pinspot, but has the advantage of being able to change position, give movement, change colour and strobe. It has a refreshing lack of multiple lenses and light sources which means all the magic comes from the cueing and colour changing.” 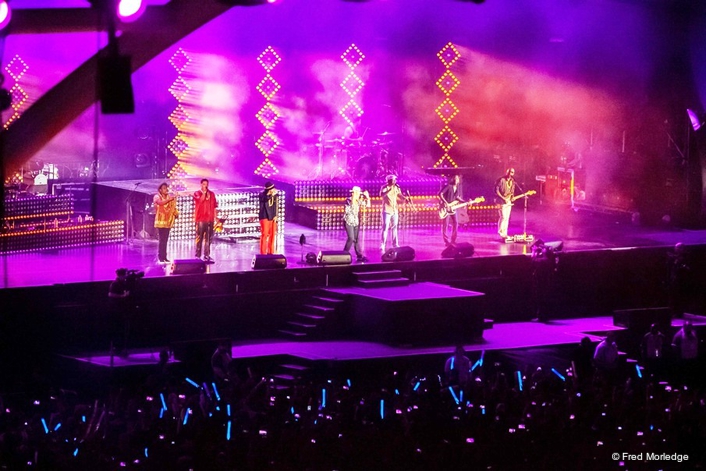 FitzGerald used all 184 MagicDot-R fixtures in the air above the band, rigged on four staggered trusses mounted on variable speed motors. These allowed him to use the bank of MagicDot units in several configurations and positions above and behind the band throughout the show. “We were able to create so many different effects this way and at one point had all four trusses moving in a song-length sinewave effect for the song Marry You,” he says. “The MagicDot-R units added yet another dimension to the entire rig, using their continuous movement feature to create unique effects in the song Locked out of Heaven, as well as tight beamed 'laser like' effects during the song Gorilla.” 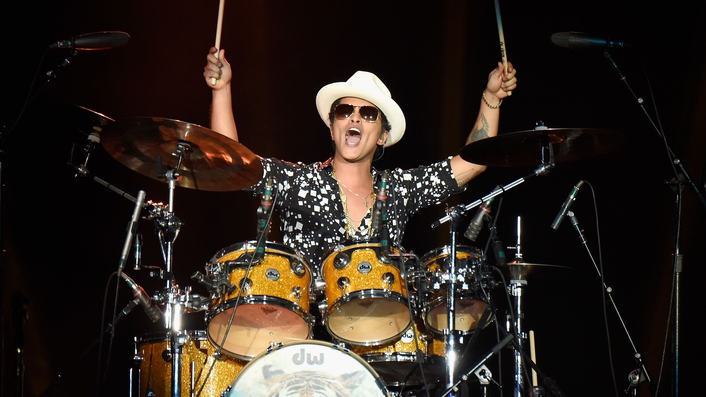 FitzGerald is also a long-time user of Ayrton’s IntelliPix™-R panels which he instituted to great effect on the SNL show. One hundred and twenty-eight IntelliPix-R panels were incorporated into the Rock in Rio design where FitzGerald used them as wrap-around fascias on the stepped risers behind the band. In addition, eight vertical trusses were installed upstage of the risers, each of which carried 5 more individual IntelliPix-R panels mounted at a 45º angle using the new IP-R™ mounting frame from Morpheus Lights. Fitzgerald used the IntelliPix-R to create background interest by running a series of unique chases across them.

“IntelliPix-R has a similar quality of light to the MagicDot-R and each of its 25 emitters is individually controllable so I can treat each one as a separate pixel or light in my design,” he says. “I was able to extrapolate this feature into the MagicDots which essentially became moving versions of the bank of IntelliPix units below.”

FitzGerald chose not to use any of IntelliPix-R’s on-board macros but took advantage of the fixture’s high degree of controllability. “It’s a personal design choice that I treat each emitter as a separate light. It gives me total control over every aspect of the fixture and gives me the ability to create unique looks. Operating this way can be extensive on parameters and add to the programming time, but as a designer I give this some forethought and factor it in to my preparation. Once you get used to the quantity of lights and creating groups, you have a lot more options and access to so many unique effects. It’s so worth taking a little time over this for the results I can get.” 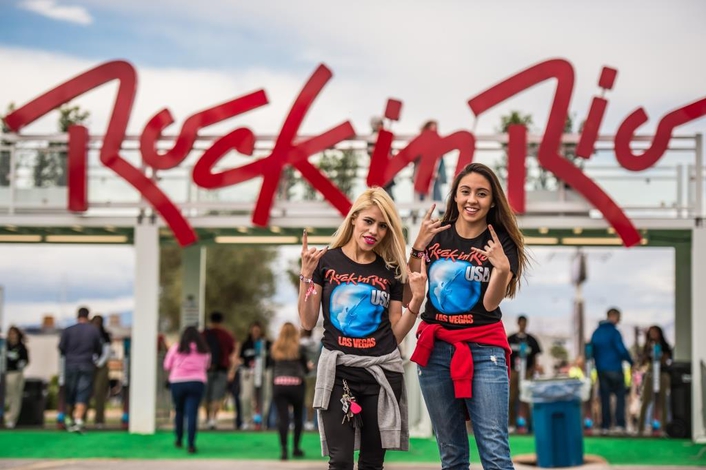 The MagicDot-R and IntelliPix-R proved their durability too: “Being solid state fixtures they are very robust and we were very happy with them,” concludes FitzGerald. “I am now looking forward to trying out some of the sister products that Ayrton also released at Prolight!”

Ayrton’s range of LED lighting products are distributed exclusively in the US by Morpheus Lights.