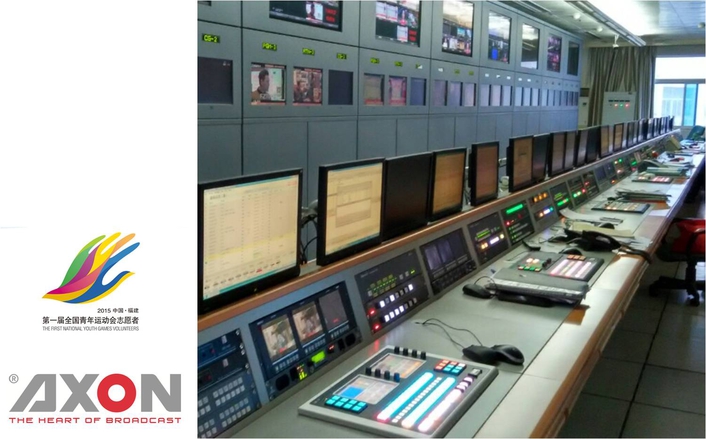 The broadcast infrastructure specialist supplied key equipment including its Cerebrum Monitoring and Control System to ensure the success of this prestigious event.

Held in the Haixia Olympic Sports Center in the south China city of Fuzhou, the Games involved nearly 8,000 athletes who competed in 305 events across 26 sports, including martial arts. It was the biggest multi-sport games ever held in Fuzhou and was officially opened by China’s Vice-Premier Liu Yandong. 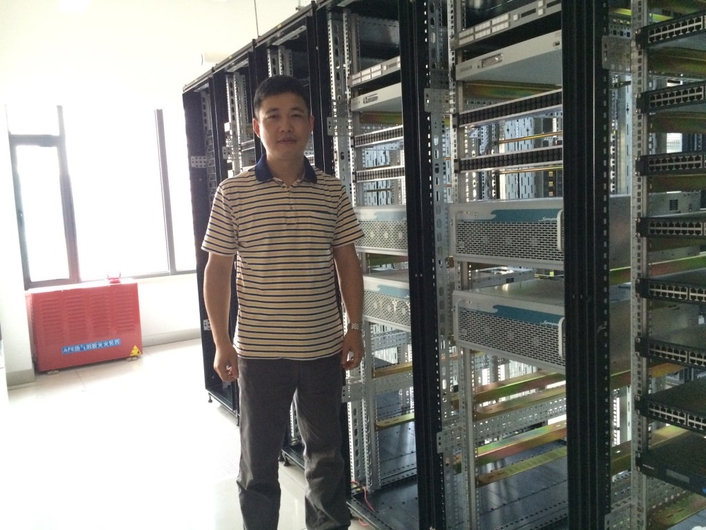 Fuzhou Radio and TV was responsible for broadcasting the Games and in preparation for the event undertook a refurbishment of its facilities to upgrade to HD.  On the recommendation of their systems integration partner Guangzhou Mindo Technology Co. LTD., a full range of Axon HD broadcast infrastructure equipment was installed including Synapse AV processing, a SynView modular multiview system, a SynMC master control system and a SynCross modular compact router.

The broadcaster also selected Cerebrum, Axon’s control and monitoring solution, which provides them with a complete view of the operational workflow including third-party products. Through an easy-to-use customized graphical interface, it allows their engineers to ensure faults are easily located and quickly resolved.

Mr. Qinhua Lin, Head of Technology at Fuzhou Radio and TV, says: “As the broadcaster in the host city for the first Chinese National Youth Games, we felt the pressure and responsibility of the occasion, especially as we were using a new broadcast system. However, the success of the broadcast showed the importance of choosing the right equipment and systems at an early stage. By working closely with system integrators and equipment manufacturers and by ensuring that we had good communication and feedback with everyone involved, we were able to make a seemingly ‘impossible’ task possible. The success of these Games was very satisfying and the entire project allowed our production team to accumulate valuable experience of our new broadcast platform.”

Liu Weibao, CEO of Guangzhou Mindo Technology Co. LTD., adds: "We are very glad to have co-operated with Axon and delighted that, by choosing their equipment for this national event, we were able to provide our customer with a safe, reliable and high quality system.”

Axon APAC’s managing director Liming Fu comments: “Axon has a strong reputation for providing high quality, reliable broadcast systems, essential in the delivery of live production. Our infrastructure products have been regularly deployed in China to support numerous successful live broadcast events from the 2008 Beijing Olympic Games (including the torch relay live from Mount Everest and the opening ceremony), the 2011 Shanghai World Expo, the 2012 Guangzhou Asian Games to the 2015 parade relay to mark the 70th anniversary of the victory of the war of resistance."

Fuzhou Radio and TV is now using its Axon broadcast infrastructure to deliver its HD news channels. The infrastructure includes a standby solution so that the system continues to run in case of emergency. The broadcaster’s No. 2 HD OB van, along with other OB vehicles in Fuzhou’s fleet, have also been equipped with Axon products.

About Axon
Headquartered in The Netherlands, and with offices across the world, Axon develops, manufactures and markets high quality broadcast equipment for the conversion, processing and compliance recording of audio and video signals. Products integrate advanced signal processing techniques, innovative engineering and modular flexibility and provide high quality, affordability and reliability within mission-critical broadcast applications.