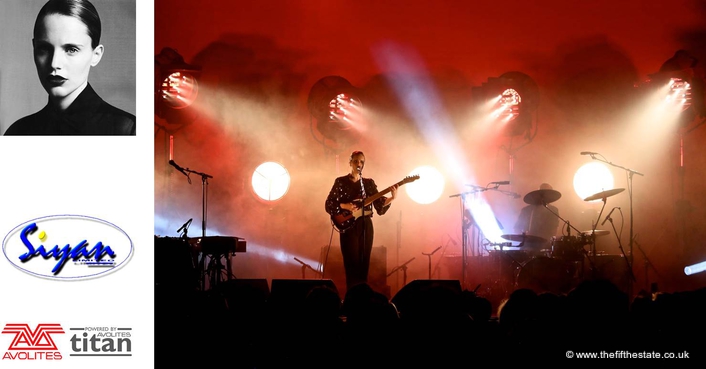 Campbell is using his Tiger Touch II for the UK shows and most European gigs, scaling down to a Titan Mobile for selected overseas performances.

"I've recently armed both my Tiger Touch II and Titan Mobile with Titan V9, and it really is a great new operating system," says Campbell. "After using V9 for the first time a few months ago and experiencing what new features such as Key Frame Shapes could achieve, I immediately had strong ideas about how to utilise them for Anna Calvi's tour."

Key Frame Shapes allows the designer to create spectacular effects from scratch. Using palettes or the programmer to define the frames, and powerful tools such as transition curves, phase and spatial direction, it is possible to create radically different looks for each channel in seconds. 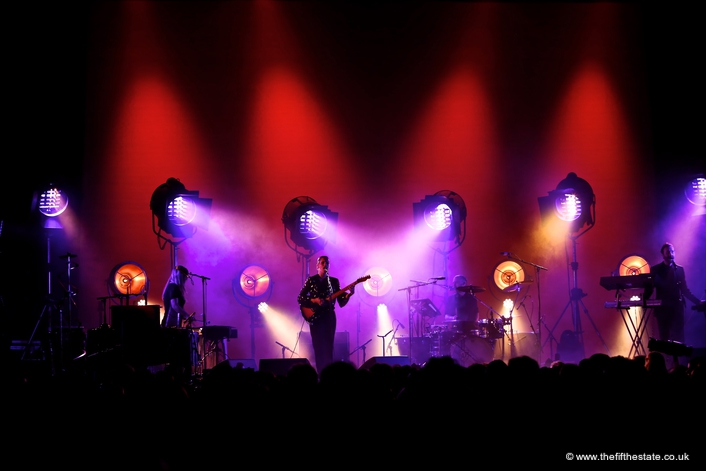 To realise his 'old vs new' lighting concept, Campbell is using some 'butchered' old 10K Fresnels and new LED moving heads, some Patt 2013s and Robe MMX Spots, BMFL Spots, 100 LED Beams and 600 LED Spots. The fixtures were supplied by Siyan, with Jez Johnston as the project handler.

A major part of the rig is the Chromlech Elidy - S Panels that are mounted in the 10K Fresnel along with a Robe 600.

"Key Frame Shapes allows me to get very subtle effects out of the Elidy without using a media server," Campbell explains. "I'm using Key Frame Shapes for dimmer and colour effects, with fantastic results - I love this new feature, it really is a powerful new addition to the Titan software."

Calvi - whose two albums 'Anna Calvi' and 'One Breath' have sold hundreds of thousands of copies - plays music festivals across Europe during July and August including the Montreux Jazz Festival in Switzerland and Sonorama Ribera in Spain. She returns to the UK in late August to play dates including Moseley Folk Festival and David Byrne's Meltdown at the Southbank Centre in London. 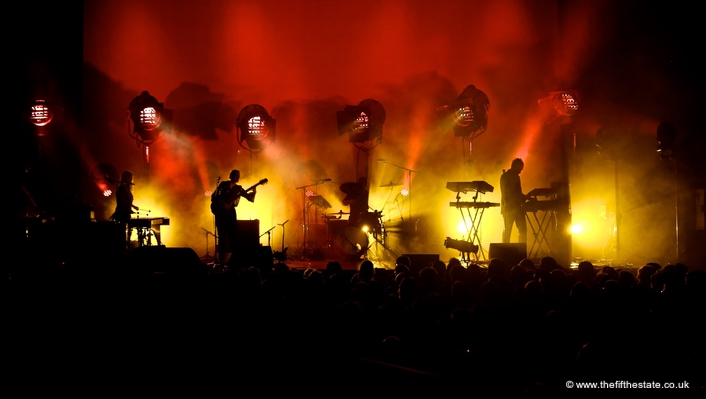 Avolites' new Titan V9 also features tools such as Align, to effortlessly copy values from existing fixtures to new fixture groups, either in a recurring pattern or a smooth fade. RGBW and ARGB colour mixing and Pixel Mapping has been added to get maximum punch and more accurate colours from your LED fixtures, thanks to new, four-channel pixel mapping and colour mixing. New Theatrical Functions in Titan now support MIDI Show Control, with many more useful options.