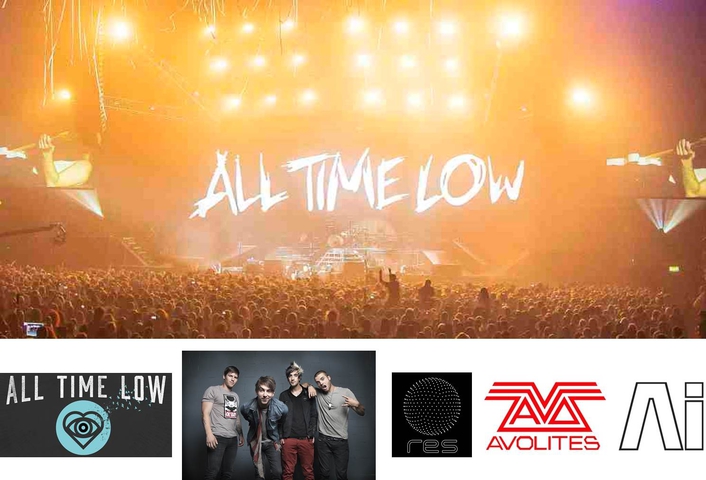 For the 'enhanced' Wembley performance, Maker also used two Avolites Ai S4 media servers
Boston-based lighting designer Jeff Maker has utilised Avolites' Sapphire Touch consoles to control 'epic' looks, both pre-programmed and on the fly, for All Time Low's recent UK arena tour. Co-headlining with You Me At Six, the American pop punks played such major venues as the Manchester Phones 4u Arena, and London's O2 and Wembley Arena. 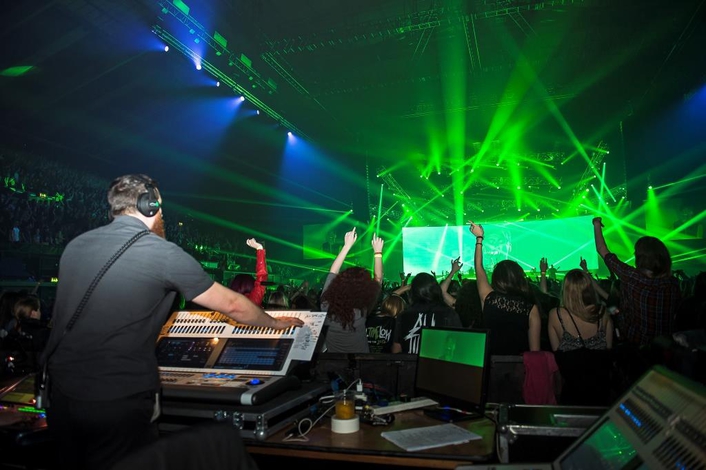 "I've been using Avolites desks on tour for six or seven years now," says Maker. "I like to program a lot on the fly, which the Sapphire Touch allows me to do. I have a bunch of cue stacks for specific songs but I do a lot of it live because I enjoy it. The show is high impact and fast-paced with lots of audience interaction. A lot of the fans come to multiple shows so I switch it up and throw in some extra elements each night."

The Avolites Sapphire Touch offers designers fast, live and hands on control. With the introduction of the new Titan version 9, the console provides a plethora of design possibilities. Features such as Key Frame Shapes allows designers to create radically different looks in seconds, whilst Quicksketch means the user can design their own interface, creating custom icons which are fast to find during show time. 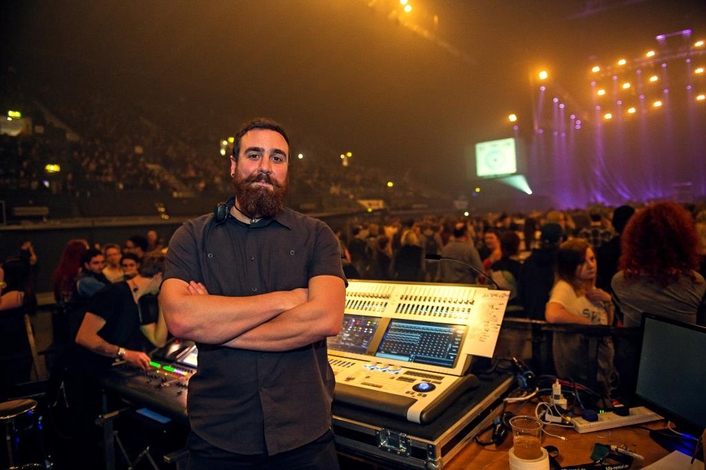 All Time Low will be making some special appearances at HMV stores around the country this month, before embarking on their 'Future Hearts' tour.

About Avolites:
Avolites is widely regarded as the world's premier manufacturer of lighting consoles, media servers and dimming systems, all compatible in an integrated solution for total visual control.
With a reputation built upon years of expertise delivering rock-solid equipment for productions across music, film, corporate and theatre since 1976, Avolites has evolved to offer cutting edge technologies in their swift and intuitive Titan and Ai software packages, within a diverse range of equipment of the very best quality and design. Now the company aims to deliver a comprehensive lighting and video solution from a single intuitive control surface.