Avolites is quick off the draw for Bullet for my Valentine 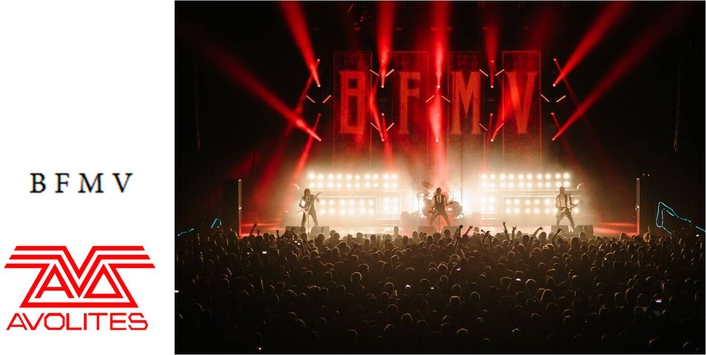 Lighting designer Tom Campbell has selected an Avolites Tiger Touch II and backup Quartz to control his richly empathetic lighting design for metal-core band Bullet for my Valentine (BFMV) on their recent worldwide tour in support of their 2015 album 'Venom'. The Welsh rockers received 'Best British Band' three years in a row (2008-2010) and 'Best Live Band' (2010) at the Kerrang! Awards as well as 'Best British Band' twice at the Metal Hammer Golden God's Awards (2006 and 2010). This year the popular quartet returned with a show-stopper of a tour, studiously lit, designed and controlled by Campbell who counts Anna Calvi for which he won a Knight Of Illumination Award in 2015, Katy B, Leon Bridges and John Grant in his resume.

"BFMV knew what they wanted from this tour and more importantly what they didn't want," says Campbell, who cites talks over sushi with the band and international skype as the birthplaces of the show's design zeitgeist. "Through these conversations it became obvious the feel for the show was a big 'classic' rock gig with a modern twist. We wanted to use cutting-edge fixtures that could emulate the looks of classic conventional fixtures and at the same time bring exciting effects to the stage that the audience may not have seen before."

The fastidious perfectionism of lead singer Matt Tuck meant that Campbell's lighting design had to be responsive, detailed and note-perfect to match the integrity of the music. Campbell, a huge fan of Avolites, brought in his own Tiger Touch II console to control the design and networked a Quartz as backup. 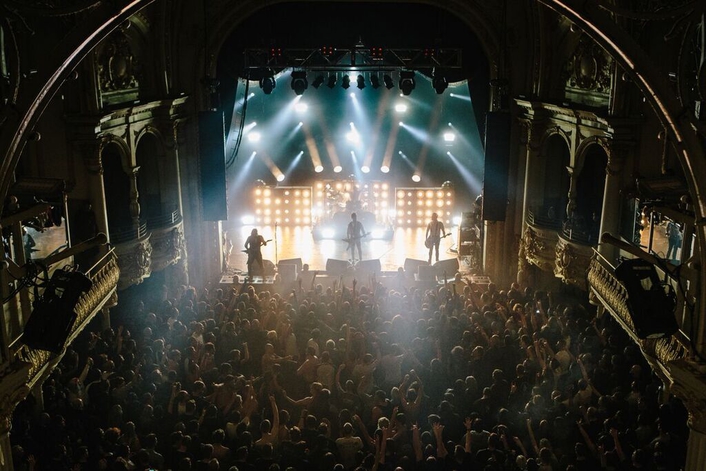 Ensuring that the band were always in receipt of top-end production technology Campbell ran both Avolites consoles with the latest Titan V10 software and cites some of the software's newest features as key time savers in his set-up.

"Titan V10 is another big step forward for Avolites," says Campbell. "For this tour the addition of the 'Free Form Workspaces' feature has been a real bonus. 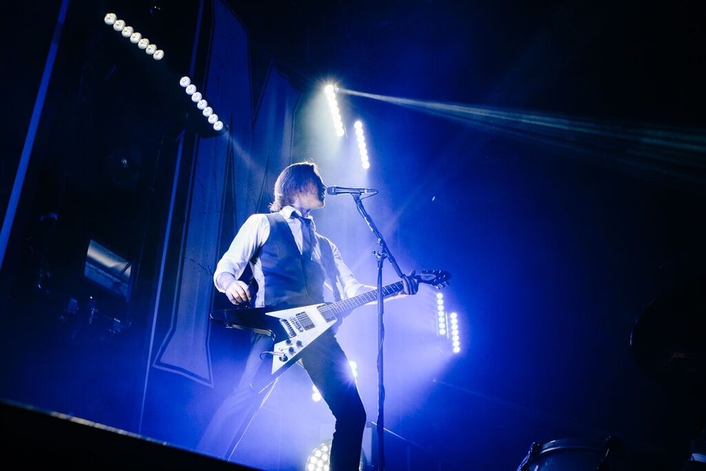 "The Free Form Workspaces has allowed me to pick and position the size of my windows on the console's touchscreen and store them to my workspaces. This meant that I could have more than just four workspace windows up at any one time.  When working to such detail and with such limited set-up time, anything that gives me quick access to my design elements is key in programming a smooth running show."

In an unusual twist BFMV decided to reject the traditional format of touring just one show. Instead the band decided to give fans the choice of attending two different shows - night one was the 'normal' set of the current album songs and hits, with night two focused on the band's first record 'The Poison' in full, along with an encore of fan favourites. 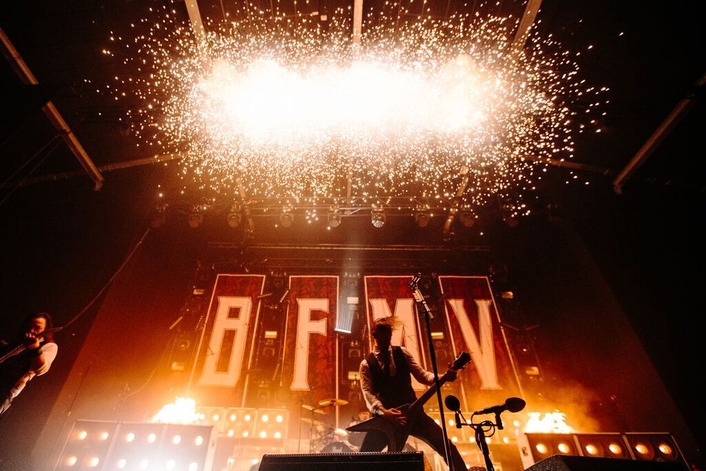 "Titan V10's 'Setlist Function' meant that depending on what the audience voted for as an encore I could easily scroll through and find the correct song file. This saved a huge amount of time and meant that the show transitioned seamlessly and I was able to focus on creating live lighting states and detail."

"I ran the Quartz as a tracking backup via TitanNet but never had the need for it to take over the system," says Campbell. "For the 'Fly shows' - shows where we had to fly all the equipment in, such as concerts in rural environments where driving was not an option, the small footprint of the Quartz really did help. We weren't always headlining on every show we did, some of the show's being festivals such as Sziget festival in Budapest or Rock for People festival in Prague, being able to fit anywhere at front of house anywhere in the world with the Quartz was always a huge bonus.

"The Quartz is so compact that it easily fits it into an Avolites travel case with space for a wing, and I could take it on a plane as luggage. This meant that I could take the show-file accessible on a familiar surface all the way to the other side of the world. When you are pressed for time, jetlagged and in unfamiliar settings being able to access your design on a console you know is invaluable."

BFMV ended their tour in a sell-out gig at the famous Brixton O2 Academy London. The band released their most recent record 'Don't Need You' on November 7th.

Avolites
Bullet for my Valentine