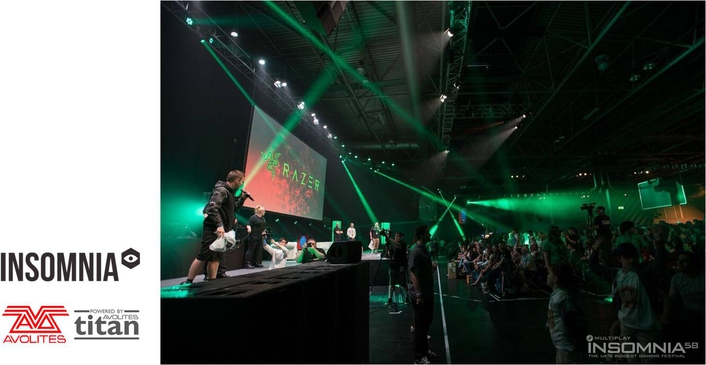 Gaming event lighting guru Steve Thurkettle selected Titan - the fast, powerful and intuitive lighting and media control interface from British manufacturer Avolites - to drive his complex audio-visual design for the 58th Insomnia Gaming Festival (Insomnia58), the UK's biggest ever celebration of gaming culture. The event took place at the NEC in Birmingham over the August bank holiday weekend, from Friday 26 to Monday 29 August.

The Insomnia Gaming Festival has been running since 1999. Organised by specialist gaming event producers Multiplay, it has become so popular that it has outgrown a series of venues, including Newbury Racecourse Conference Centre in Berkshire and the Ricoh Arena in Coventry. It now takes place three times a year and offers a comprehensive series of activities, demonstrations and talks. Gamers have the chance to play an impressive selection of the latest games in halls packed with thousands of PCs and consoles. Lovers of esports can take part in tournaments and watch all the live finals on a dedicated esports stage or sit back and watch live gameplay demos. Festival-goers can also join in live Q&A sessions with YouTube and Twitch gaming stars. Housed in nine halls at the NEC and featuring six stages, Insomnia58 was the biggest Insomnia Gaming Festival yet - with a record attendance of 66,783 people. 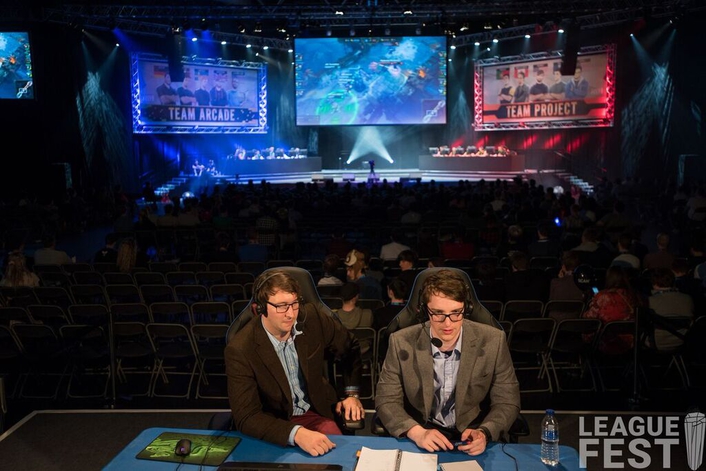 For this vast event, Multiplay's Senior Production Project Manager Steve Thurkettle was responsible for designing and co-ordinating all the audio-visuals - from staging and rigging through to lighting, audio and projection equipment. The lighting director - who built up his career by freelancing for the likes of Microsoft, Packard Bell and Seat cars chose the Titan interface to power his final, overall design. A long-term advocate of Avolites, he rates the user-friendliness of the products. 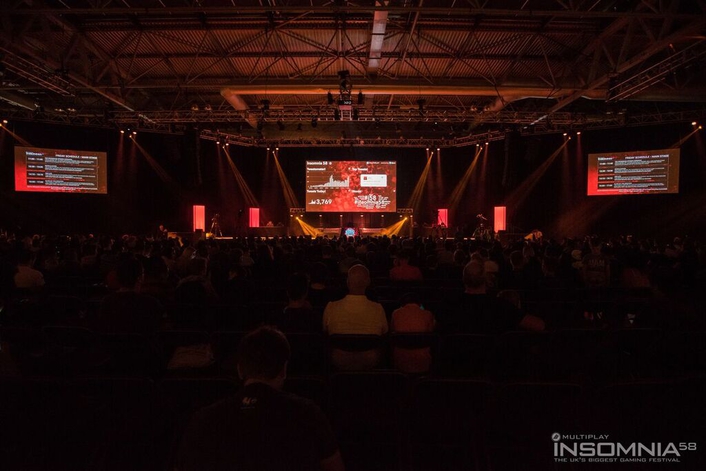 "The simplicity of Titan's user interface and the speed from unboxing the desk to being able to start a show are invaluable, with the shape generator, which is fantastic for last minute programming," he says. "I tend to patch desks using the Titan PC suite and the beauty of the Titan OS is that it's the same software across every console. This means that I can put DMX addresses on my plans for the rig crew to follow and once the stick is in the desk, I'm ready to go. All in all, Titan has made programming and operating easier." 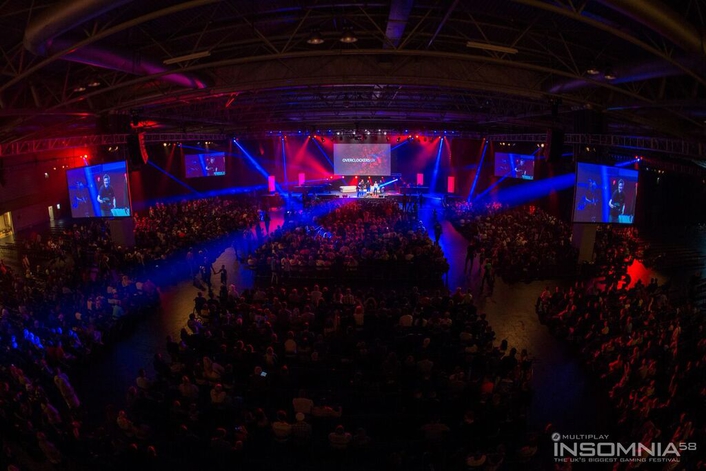 The smaller League of Legends-themed League stage is lit by Robe 100s, Mac Quantum profiles and more Lanta Fireball Par64s. The Robe fixtures are at two different heights between the stage and the back truss where the Quantum Profiles and Fireball LEDs are positioned, with Thurkettle commenting that varying levels is his go-to design look. Each team in the League of Legend tournament had a specific colour, which programmer Matt Evans reflected in the look for each stage as they took their turn to play. 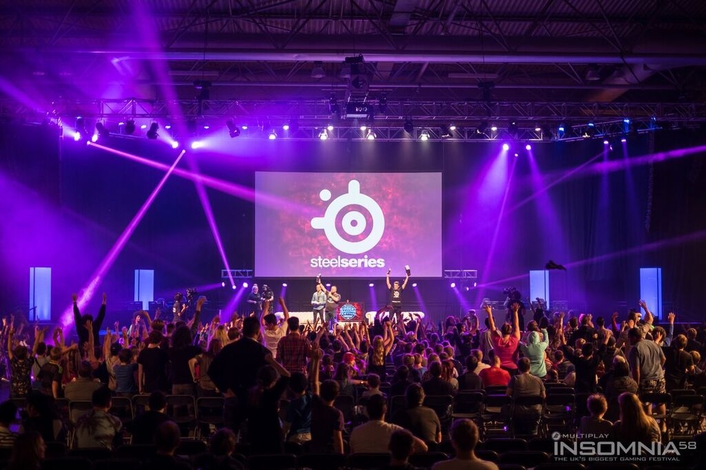 "Avolites' Titan-powered consoles are my desks of choice, I have used them for many years and they never fail to impress me," says Evans. "I enjoy how speedy and easy the software is across all the consoles - from powering up to having a few simple states takes a matter of minutes. After receiving Steve's plans I can sit on the sofa at home and patch the desk with Titan suite, giving me all my addresses for the fixtures, which also makes rigging easier for the crew. The Shape Generator along with the Pixel Mapper are my favourite features and when I need to get creative - Key Frame Shapes provides the power and precision I need. is there to help."

"For smooth and reliable dimming across the event, Thurkettle selected Avolites ART2000 touring dimmer racks and Power Cubes, commenting "the Power Cubes are very powerful for their size, offering both dimmer and switch channels and the six split channels are a nice feature."

To control each stage's set up, Thurkettle specified Avolites Expert Pro and Quartz consoles according to the demands of each arena. The kit is was supplied by MCL Create and Hawthorn.

"I love the way that Titan works and the mix of different desks was based around cost against playbacks and usability," he says. "This is why the larger, more complicated stages had Expert Pros - with the ability to use not only multiple pages, but also put playbacks on the two rows of 30 handle faders. And for the smaller stages, which don't need so many playbacks, the Quartz was cost effective - plus it can be packed in a travel case and used almost anywhere."

Avolites is a British manufacturer of state-of-the-art lighting control consoles, dimmers and media servers for the entertainment industry, all hand built in London. Synonymous with quality and technical innovation, Avolites' products are specifically designed to be as powerful, yet intuitive as possible. The company's products have been instrumental in the success of some of the biggest events in history and continue to be used on some of the biggest tours, festivals, corporate events and cutting edge installs around the world.