Live sound for this acclaimed event was managed by Britannia Row Productions, the audio rental company behind some of the most prestigious stadium events - including  collaborating on the London 2012 Olympic and Paralympics Opening and Closing Ceremonies, sole supplier for the  Queen’s Diamond Jubilee Concert, Live Earth and many more. With three performance areas and no downtime in between acts, selecting a console with proven power, performance, and reliability was vital. Britannia Row Productions opted for a configuration of six Avid VENUE Profile systems for the main show and two additional systems for Jennifer Lopez’ on-site rehearsal.

“There were 11 full bands playing over four hours, so the show was comparable to Live Aid in terms of scale,” said Lez Dwight, project manager at Britannia Row Productions. “VENUE is very popular with artists and is a proven product. It’s easy to set up and has a small foot print. All in all with so many VENUE consoles on site, it was a big day for Avid.”

VENUE Profile is the console of choice for David Haines, FOH engineer for John Legend. “On top of the quality of audio that I get from VENUE, the main thing I love about it is its speed of operation - I can get around it faster than any other console,” said Haines. “I just love its layout and the ability to get to the plug-ins easily.”

Legend’s monitor engineer, Jon Ostrin, added: “I can get anything and everything that I need from the VENUE. I’ve had more fun with it and have gotten more creative in mixing because it gives you so many options and lets you think outside the box.” 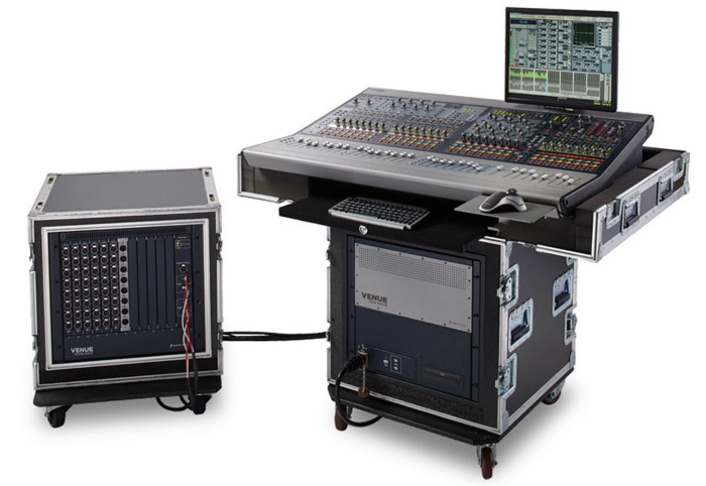 Rick Camp, who has been Jennifer Lopez’s FOH engineer for the past 18 months, commented: “I used a VENUE for the first time at a one-off show and was so impressed that I went out and bought one!”

W. Sean Ford, vice president of worldwide marketing for Avid said: “Avid is committed to the live sound industry and delivering the most reliable, flexible and powerful mixing consoles on the market. To have eight VENUE Profile systems powering this high-profile and ambitious event highlights the level of trust that the world’s preeminent live sound professionals place in our solutions.”

As part of Avid’s commitment to the live sound industry, the company recently introduced the new Avid S3L, which delivers the sound quality, performance and features of Avid live systems in an all-new, modular and networked design. The compact S3L system is easy to take on tour or install in any club, theatre, house of worship, or other performance venue to efficiently and easily respond to a broad range of creative needs.

About Avid
Avid creates the digital audio and video technology used to make the most listened to, most watched and most loved media in the world – from the most prestigious and award-winning feature films, music recordings, television shows, to live concert tours and news broadcasts. Some of Avid’s most influential and pioneering solutions include Media Composer®, Pro Tools®, Interplay®, ISIS®, VENUE, Sibelius®, and System 5.