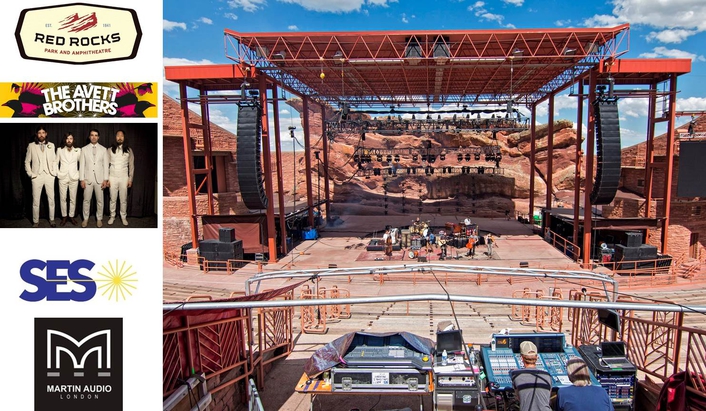 As SES system engineer Andrew Steelman points out, “They’re not a highly compressed band that lives in a pocket during the show. They go from very loud, aggressive, in your face rock, to acoustic guitars, banjos, a cello, violin and small high fidelity stringed ensembles. In terms of dynamics, it’s a constant rise and a fall.”

Because MLA has smaller format compression drivers, the system offers the engineer a more neutral canvas that’s very responsive to the smallest EQ changes, making it a perfect partner for the dynamics of the band. 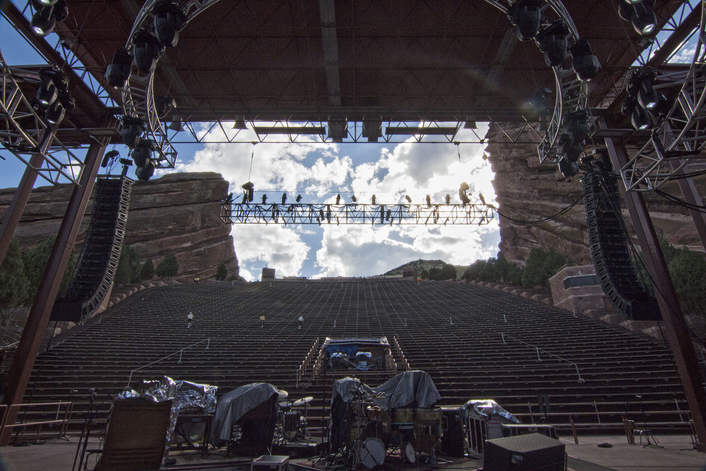 The Martin Audio MLA system has proved pivotal in coping with the specific challenges that Red Rocks presents. Known for the short distance from FOH to the PA and a limited trim height to the top of the system, Red Rocks also has an audience area that extends out roughly 300 ft. from the front of the stage with a 105 ft. vertical climb to the top seats about 60 ft. above the roof of the venue.

Detailing the challenges, Steelman points out, “You’re so close to the PA at Red Rocks that sometimes when you make changes to correct the sound at FOH, where there is usually a lot of high end and low mids coming off the system, it can have an adverse effect at the top of the hill. Also, you’re at much higher altitudes where there’s less dense air for sound to travel through and you’re very susceptible to winds blowing through the audio at the top of the venue.

“With MLA, we were able to walk the show at the highest seats and see that the people were enjoying the show and they were as engaged as those down in front, even in the quieter moments. MLA covered every seat in the venue and helped us accomplish what we needed to. It was one of the best sounding shows I’ve heard at Red Rocks.”

For the three sold-out shows at Red Rocks, SES deployed 16 MLA and two MLD (Downfill) enclosures with six ground-stacked MLX subs per side. 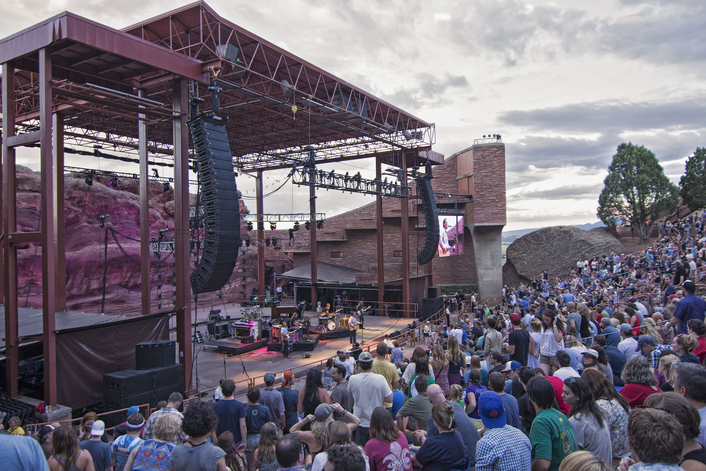 Expanding from Red Rocks to MLA’s overall benefits during the tour, Cranfill adds, “It goes without saying that Martin Audio speakers sound good. What’s especially useful for us is that the system can scale from a large amphitheatre like Red Rocks down to a small theatre and still maintain that performance level with high quality audio and the ability to put the sound where it needs to be. Regardless of where the band is performing, MLA keeps the coverage so consistent and non-intrusive on the stage that they don’t even notice the difference.”

In addition to MLA, MLA Compact was used for outfills in several venues: “It’s really good how you can get both systems to voice well with each other,” Andrew explains. “You can go back and forth seamlessly between the two systems and sometimes it’s very difficult to discern whether you’re listening to MLA or the MLA Compact.

“The control we have with MLA is especially helpful in situations where we’ve been in civic centres with lots of concrete and metal surfaces,” Steelman concludes. “When a band’s dynamics rise and fall as much as The Avetts, having MLA be able to project at long distance and eliminate some of those surfaces is as simple as going into the software and getting rid of it with a few keystrokes.” 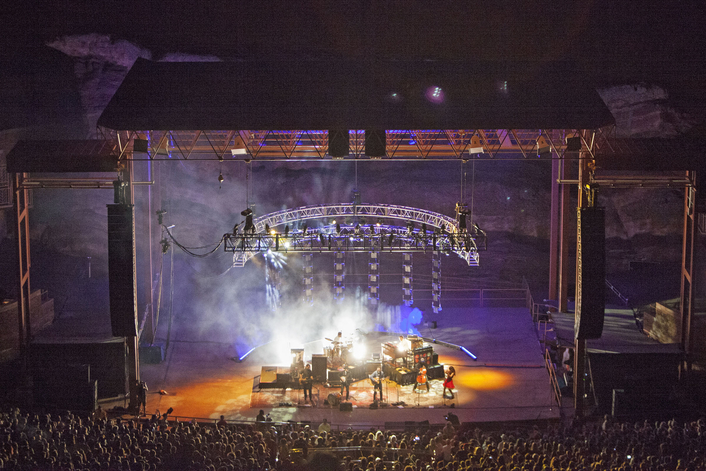 Justin Glanville, the Avetts’ FOH engineer, feels “the MLA’s strengths really show up in large areas where there’s a long throw. It’s still really clear up top and seems to be very steerable for the systems engineer, which is great because you’ve got to reach every seat so that everyone can feel the show.

“The system has a smooth, warm quality that works well with the band. An Avett Brothers show is acoustic instruments for the most part,  so it needs that warmth.”