Autoscript, Camera Corps and TCS Go On Air at The Degree Show 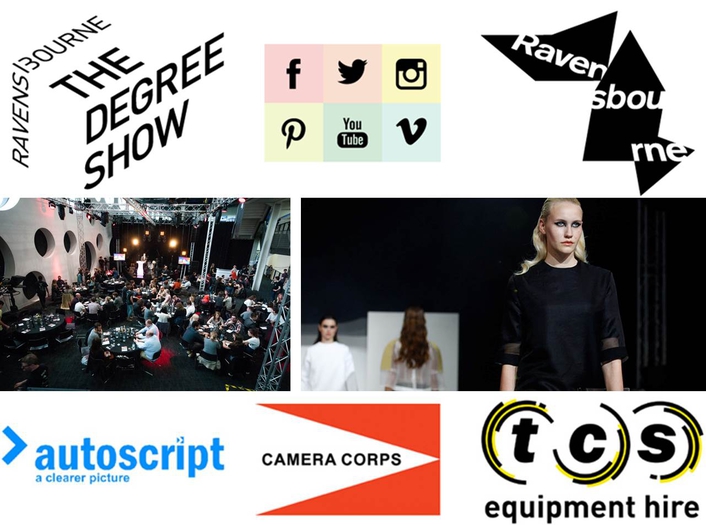 "We established and operated a complete television channel throughout the Wednesday 12 June and Thursday 13 June of the show," explains Michael Colyer, The Degree Show’s Engineering Manager. "Ofcom licenced us to transmit locally in HD MPEG-4 and SD MPEG-2 on two separate Freeview channels. With just two channels on our multiplex, we were able to transmit very high signal quality. All the content was produced by Ravensbourne students working a across various parts of the college building.

"TCS provided three Vinten Heavy Duty tripods and Vector 950 pan and tilt heads. As a headline sponsor of the show, Vinten in turn provided Vector 950, Vector 75, Vector 430 and Vision 250 heads on a range of Quartz, Osprey and Heavy Duty pedestals and tripods. These allowed precise and smooth pan and tilt operation from a wide range of angles. We also used two 15 inch Autoscript LED on-camera prompters with a WinPlus XBox base station and HC-1 optical handle control. These proved very popular with our presenters, were easy to install on a plug-and-play basis and displayed a very logical control routine. The prompters linked straight into our system and, since the feeds were analog composite, cabling was easy.

"Camera Corps Q-Ball heads gave us some fantastic shots, both in the studio and mounted on a balcony above one of the sets. The students really warmed to the Camera Corps system. Two joystick controllers and a mini joystick panel were installed, operating five remote heads. Remotely controlled cameras clearly have a big future as they greatly extend the range of options available to a production team."

Founded in 1962, Ravensbourne is a university sector college in the field of digital media and design, with a vocationally focused portfolio of courses spanning fashion, television and broadcasting, interactive product design, architecture and environment design, graphic design, animation, moving image, music production for media and sound design. Vinten has a long standing relationship with the college which chose a range of Vinten heads and pedestals to equip its state-of-the-art live HD studio when Ravensbourne moved to its new campus on the Greenwich peninsular. The site now features Vinten Quattro, Quartz and Osprey pedestals, as well as Vector 430 pan and tilt heads. 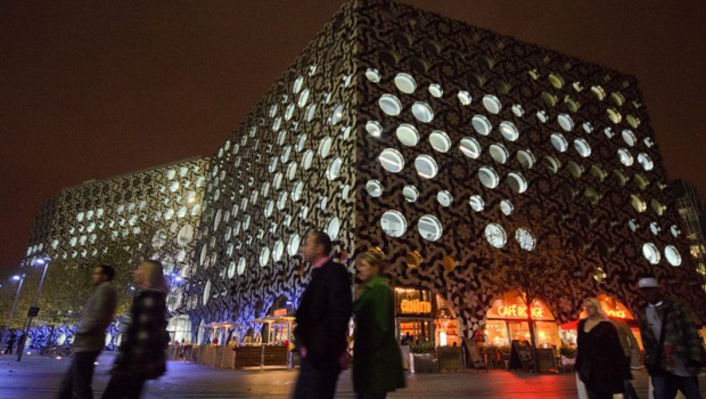 Based in Twickenham near London's Heathrow Airport, Autoscript's hire division offers a wide range of prompting systems including highly advanced lightweight flat-screen on-camera displays, wireless prompting, optical scroll controls with no potentiometer, and a unique dual-colour tally system. A full hire service is available for all types of studio, office, stage or outdoor teleprompter shoots, ranging from television shows and films to corporate productions, conferences and awards. Autoscript supplies all the equipment a client requires, a technician to set it up and an operator to input scripts, make changes, and control the speed of the words on the screen. Autoscript's hire division maintains the UK's largest team of teleprompter operators and riggers, plus a 24 hour booking and support line.

Established in 1996 and based in West London, The Camera Store (TCS) draws on many years of experience as television cameramen to guide clients in their choice of equipment. It has a large stock of standard equipment, including pedestals, tripods, heads, crane arms, lighting, fibre-optic cable and camera-support accessories. The Camera Store offers a countrywide rapid response delivery and collection service embracing large or small items. It is always ready to meet the challenge of improving existing kit or developing new production tools.