TAPFS ambitiously recreates Pink Floyd album tracks as closely as possible on a live stage
The Australian Pink Floyd Show (TAPFS), a cover band for the iconic Pink Floyd, is fully equipped with a diverse range of HARMAN’s AKG microphones for its band members. Having sold over four million tickets in 35 countries, The Australian Pink Floyd Show is currently touring the globe over the course of five months to bring its ‘Gold Standard’ to the rest of the world.

Having tried condenser microphones with larger polar patterns, guitarist/vocalist Steve Mac of TAPFS noticed they picked up the drums in the background, which introduced too much noise into the FOH mix. Dynamic microphones, on the other hand, don’t suffer as badly from drum spill, so after much experimentation, the band purchased an AKG D7 for each vocalist and the keyboardist/MC, which offers tremendous sound quality while meeting the band’s other criteria.

“The D7 has great isolation, which not only keeps our monitor mixes tidy, but preserves our voices,” said Mac. “Our keyboard player doubles as the MC and uses a chrome-plated D7 for a bit of fun and a touch of class!”

AKG C414, C518 and D40 microphones are used for the drums. “We use the AKG C414 microphones on the overhead and ride cymbal, because they just sound so natural. For the toms and roto toms, we use the AKG C518 microphones, because their small stature and stunning sound allows for more accurate positioning in tight spaces. We also use the AKG D40 on the lower floor tom and also on the gong to capture the rich bass,” Mac said. 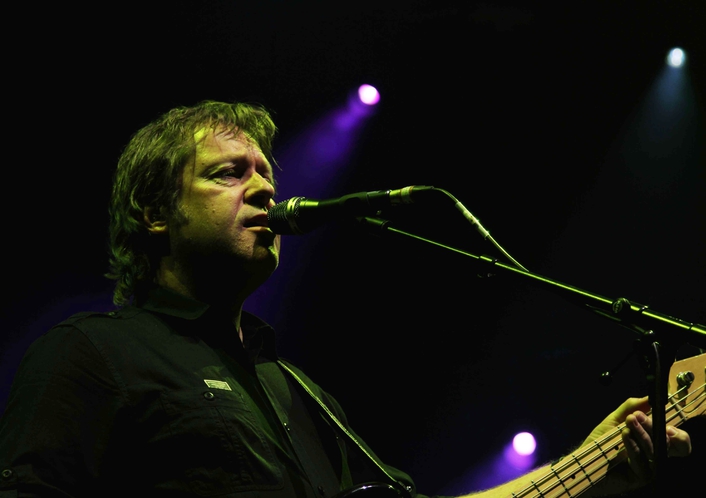 Mac uses AKG C451/CK1 microphones on his Fender Twin Reverb amps, which “really bring out the detail of the top end and capture the glassy bite of a Twin,” he said. Mac also uses AKG C214 microphones on his Hiwatt 4 x 12 speaker cabinets, because "they have a large diaphragm and they capture the low end naturally and add ‘size’ to the guitar sounds.”

AKG C518 microphones with AKG radio packs are used for the tenor, alto and soprano saxophones. The Baritone saxophone is captured by an AKG D40 large diaphragm “to bring out the warmth in the sound without the risk of feedback,” according to Mac.

TAPFS ambitiously recreates Pink Floyd album tracks as closely as possible on a live stage. “We approach this show differently to most live shows, because to some degree we are taking a recording studio on tour. With AKG microphones, we are able to recreate the sounds of a studio environment, while maintaining isolation and high feedback rejection,” said Mac. 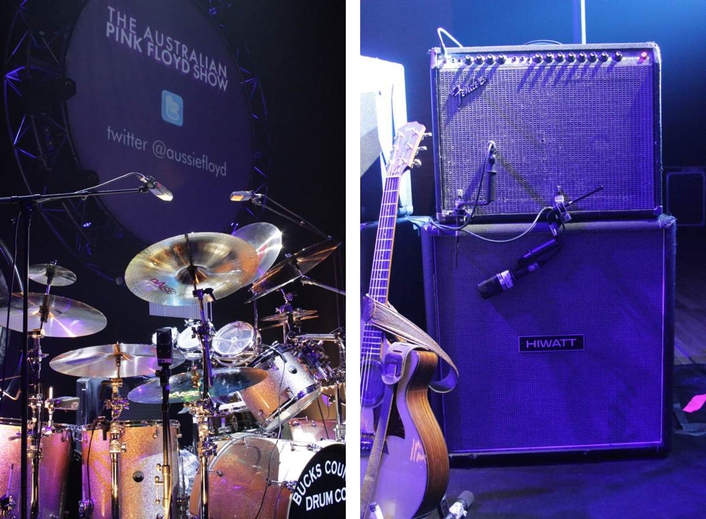 Besides sounding just the way vocalists want them to, AKG microphones are designed to stay consistent and endure severe punishment across all stages of a tour, so bands can focus on the show. “The consistency is extremely important, because the audience is familiar with the sounds of original Pink Floyd songs,” said Mac. “These microphones allow us to accurately maintain the amazing sounds of Pink Floyd’s albums, regardless of the venue and environment. That is why we have been using AKG microphones for 31 years in both studio recording and live music production.”

HARMAN designs, manufactures, and markets a wide range of infotainment and audio solutions for the automotive, consumer, and professional markets. It is a recognized world leader across its customer segments with premium brands including AKG®, Harman Kardon®, Infinity®, JBL®, Lexicon®, and Mark Levinson® and leading-edge connectivity, safety and audio technologies. The Company is admired by audiophiles across multiple generations and supports leading professional entertainers and the venues where they perform. More than 25 million automobiles on the road today are equipped with HARMAN audio and infotainment systems. HARMAN has a workforce of 15,200 people across the Americas, Europe, and Asia and reported sales of $5.1 billion for the last twelve months ended March 31, 2014.