Essential elements of the show broadcast on Christmas Day – 25th of December 2020 – were recorded at the vast Halle 6 of Dusseldorf Messe, complete with a stunning production lighting designed by award-winning LD, Tim Routledge. Due to coronavirus restrictions and the relatively short lead-time in which these segments of the show had to be produced, neither Tim nor acclaimed camera director Paul Dugdale – also based in the UK – could physically be there in person. So, to ensure that the lighting design was installed and ran smoothly, Tim brought German LD Michael Kuehbandner onboard as lighting director to oversee the project in Dusseldorf.

It was Tim’s first design for the artist; however, he has worked on numerous Paul Dugdale projects before and the two enjoy a great creative synergy.

Normally Fischer’s annual Weihnachtsshow, one of German TV’s most popular festive events, would be an impressively glittery and glamourous extravaganza with guests and an enthusiastic live audience … but this year that wasn’t possible.

To reflect this and the dramatic impact of the Coronavirus pandemic on the entertainment industry, the creative team wanted to do something radically different. They placed the artist in the huge empty Messehalle in Dusseldorf and filmed a series of intros and segues connecting a collage of “best of” clips from previous Weihnachtsshows which have been broadcast since 2011.

This staging concept emphasised the isolation and solitude of lockdowns and social distancing that have been experienced by all during this time, and also gave it a warmth, some sparkle and plenty of positive energy for Christmas.

As soon as Tim knew that these intro sequences would be shot by three cameras – a drone and two Steadicams, he wanted to fill the room with dynamic light to look magical and interesting specifically from those camera angles.

He also wanted to replicate an atmosphere – in the absence 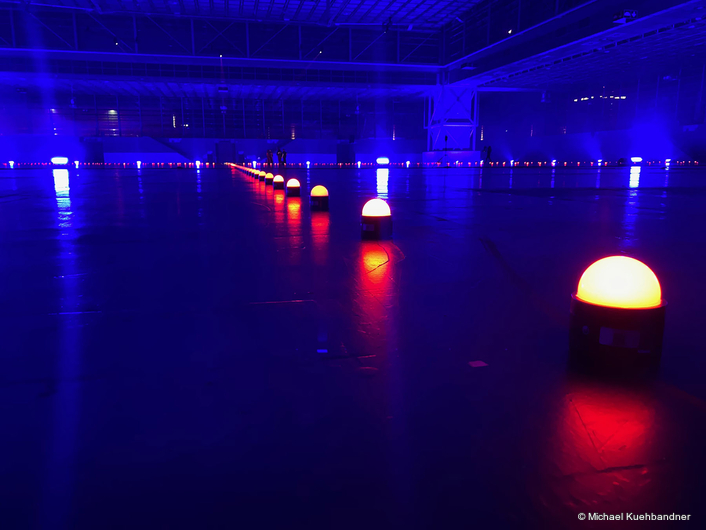 He also wanted to replicate an atmosphere – in the absence of an audience – and decided to do this with the help of the 496 x Astera AX3 fixtures, all fitted with their frosted semi-sphere domes.

These and the other lights were supplied by Augsburg-based Kaiser Showtechnik GmbH which also happens to be the Astera German distributor.

The AX3s were arranged in eight radials or ‘spokes’ reaching out from centre position where Helene Fischer stood, lit from above simply and elegantly with eight profile moving lights. 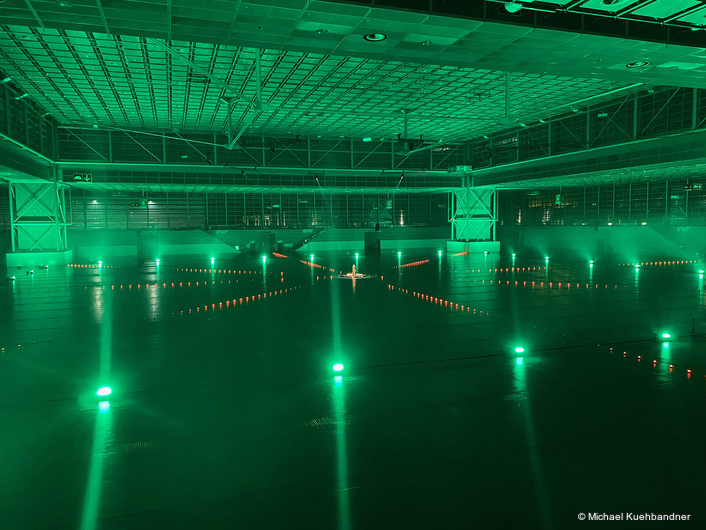 Finding a wireless solution was fundamental to achieving the clean and stark lighting aesthetic that Tim envisioned.

He wanted the fixtures to emphasise the vastness of the space for the wide shots and sweeps, to create quality bokeh for close-ups and look ephemeral and intriguing in the general back of camera shots.

So, for this telecast, the little Astera AX3s were the perfect fixture!

On top of that, the AX3s were extremely quick and hassle-free to install. This was a major bonus as Michael and the crew had only one day in which to set up and programme the show on-site.