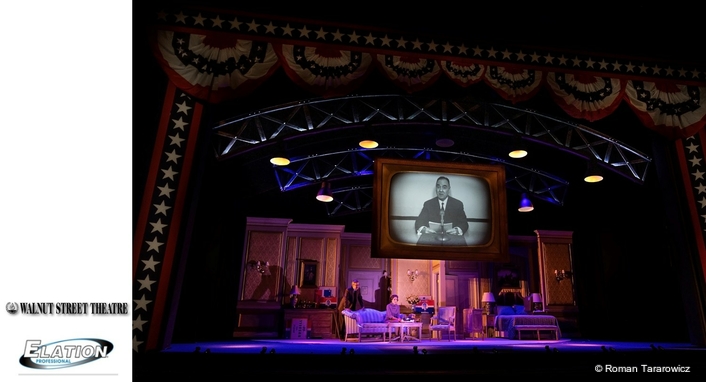 The Best Man at the historic Walnut Street Theatre in Philadelphia squeezed in a handful of preview performances before shutting down to wait out the COVID-19 pandemic. Yet what a treat awaits! Set at the national convention in Philadelphia, and altogether a fitting production for an election year, lighting designer Jimmy Lawlor skillfully lights a set that takes us into the back rooms and onto the convention floor where two candidates vie for their party’s nomination. 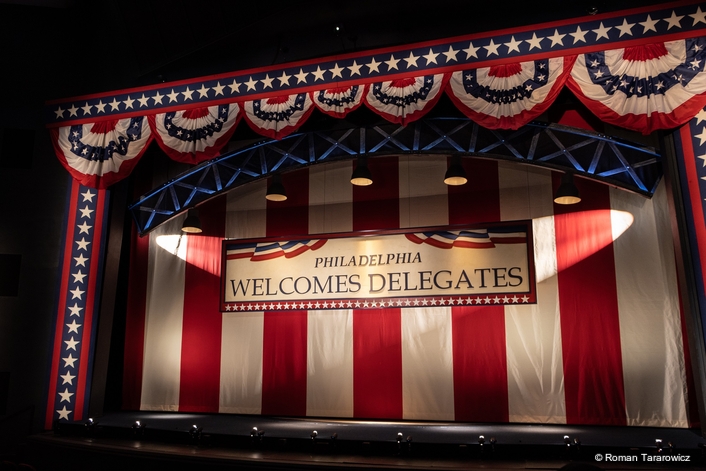 Lawlor sought a quiet yet versatile luminaire for the production, one he could use to light scenes both stark and soft. “From the outset, we knew we wanted the audience to experience the kinetic energy of a presidential convention,” he explains. “As such, I knew I wanted a lighting fixture that could move and change colors. Since this is a play, and the Front of House positions in the theatre are limited, I needed fixtures that were super quiet, but also could look like concert lighting when I needed them to, or seamlessly blend into the rest of the rig for the 'hotel room scenes'. The Artiste Picasso checked all the right boxes.”

Although Lawlor has designed two previous shows at Walnut Street’s upstairs space, this is his first time working on the venue’s historic Mainstage. A National Historic Landmark and the oldest theatre in the United States, the Walnut Street Theatre has been in continuous operation since 1809. Interestingly, some of it milestones belong to the lighting industry such as its designation as the first theatre to install gas footlights in 1837.

Fast-forward to 2020 and The Best Man set where Lawlor is using state-of-the-art Elation Artiste Picasso LED profile moving heads for everything from the ‘in your face’ looks of a modern presidential convention to the softer, more discreet looks of the hotel room scenes. 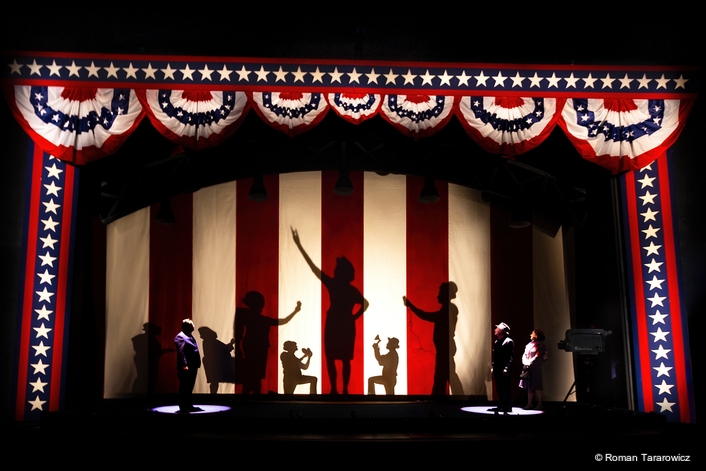 The LD explains how the Picassos serve as the main driver of the convention lighting as the audience comes into the space, at each intermission and at the end of the play. “We wanted the convention to feel more boisterous each time we visited it,” he says, “so the Picassos were called on to run increasingly complex effects. I started with a simple red/white/blue color chase while having the four FOH fixtures pointed into the house for an audience wash. Each time we return to the convention, I added a new effect: pan/tilt, zoom, etc.”

Located on FOH box booms, vertical FOH slots, the FOH truss, and overhead on the 2nd Electric, the LD says the Picassos were used through most of the show and for more than just flash looks. “I was able to seamlessly mix it into my tungsten rig where it did a lot of the heavy lifting for the book scenes as well,” he said. “Most of the play takes place in two different, though almost identical, hotel rooms. The Picassos were hung so that they had a great angle for those scenes as well. Everyone was very impressed by the fact that even at roughly 50' away, they were brighter than the cross light hung only 18' from the face of the actors - all while being whisper quiet.”

Part of Elation's award-winning Artiste series, the Artiste Picasso produces a powerful, crisp output of 23,000-lumens and houses theatrically useful design features like graphics, animation wheel and framing. Lighting vendor for The Best Man is 4Wall Entertainment, who supported the production out of their Washington DC facility. Lawlor calls Scott Church at 4Wall a “rock star” for “going above and beyond” and thanks Elation National Sales Manager John Dunn for his assistance on the project. 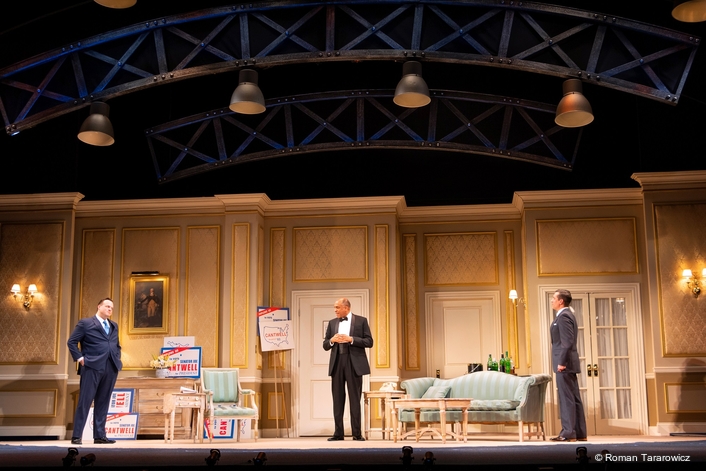 Acknowledging that it takes a village to put on a production like this, the LD lauds Walnut Street Theatre’s Siobhan Ruane and Lindsay Cook (PM and APM, respectively), as well as his IATSE Local 8 department head, Matthew Sanatore. He adds, “My right hand on this was Ryan Stofa, my ALD, who stepped in when my wife gave birth to our baby on the 4th day of tech. His expertise and poise made me feel totally confident while I had to step away for a bit. To that end, I would be remiss if I didn't mention Michael Wilson, my director, who was also a dream to work with. Last but not least, I want to thank Bernard Havard, WST's Artistic Director and Mark Sylvester WST's Managing Director for trusting me with such a wonderful show.”

About Elation Professional
Based in California with facilities in Florida and Mexico City, as well as European offices in The Netherlands, Elation designs and manufactures a comprehensive range of innovative lighting and video products known for its superior performance, excellent efficiency, and outstanding price:value ratio, all backed by a hard-earned reputation for Total Support. Through nearly three decades of intelligent lighting development, our mission has always been simple: to provide best-in-class products and service while offering the best value:performance ratio in the industry, helping show designers and producers achieve their vision. From discharge to LED, intelligent to conventional, Elation products continue to be a part of the industry’s most exciting projects across the globe and our list of references is always growing