Around the Globe: grandMA2 Tours with Maroon 5 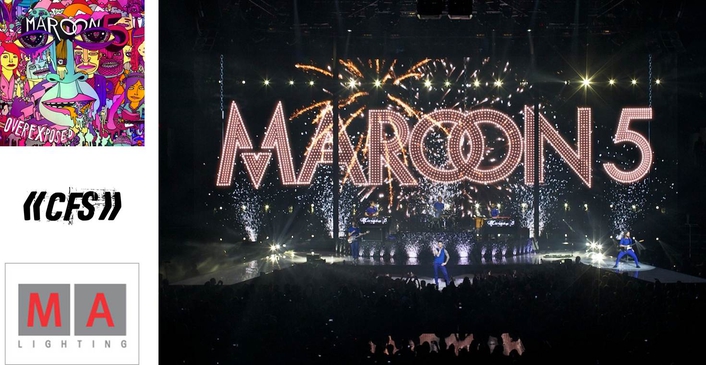 .
LA pop rock band Maroon 5 has begun its “Overexposed” world tour and grandMA2 is along for the ride. Maroon 5’s new North American tour is in support of the band’s eponymous studio album released last summer. Since its debut in 2002, Maroon 5 has sold over 10 million albums in the U.S.

As always, noted production designer and artistic director Demfis Fyssicopulos took an innovative and forward thinking approach to his design philosophy for the tour, which entailed utilising the grandMA2 full-size. “It’s the most advanced control surface in the market,” he says. “In addition to the lighting for the show, a plethora of media servers and custom Control Freak System solutions are all controlled from the grandMA2 full-size. Centralised control ensures coherence and a show that looks well put together.” 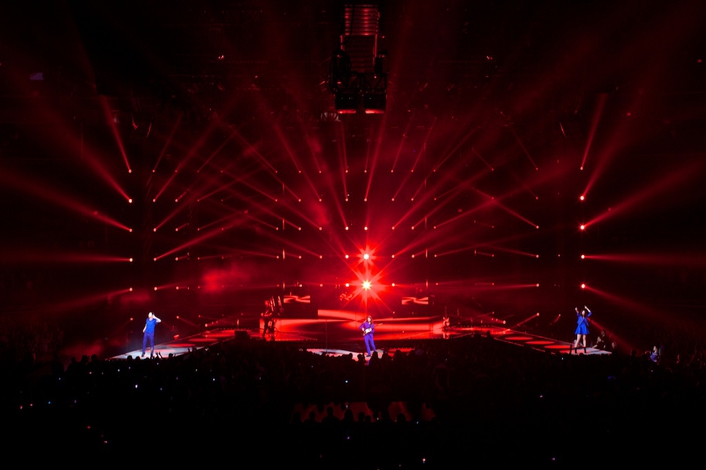 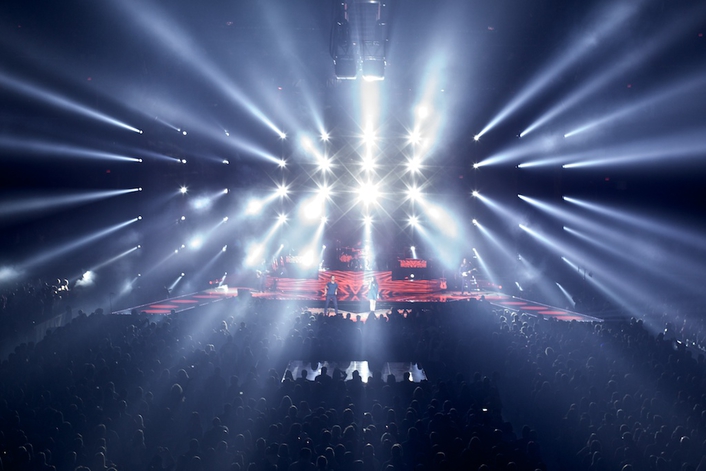 Clay Paky Sharpy fixtures are used on a wall of light upstage of the LED screens; when the screens rotate, 144 Sharpy are revealed. “Pairing the Sharpy with the grandMA2 layout and bitmaps was a fantastic thing to do and gave us a lot of creative options,” says Fyssicopulos. 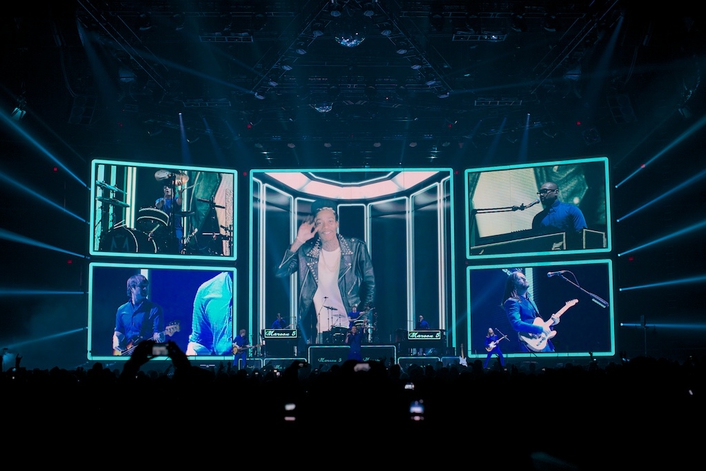 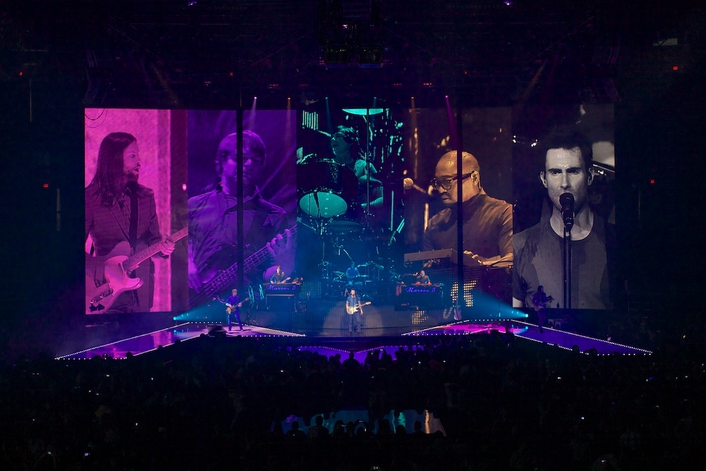 Control Freak Systems is providing the video surface management and audio reactivity for the tour. George Toledo is their audio reactive server and Ryan Middlemiss and Stuart White the system master mega-minds. VER is supplying the LED instruments, Upstaging the lighting rig, Pyrotek the lasers and confetti, and Tait Towers the stage and automation. Infect Productions created the video content under Roger Staub.