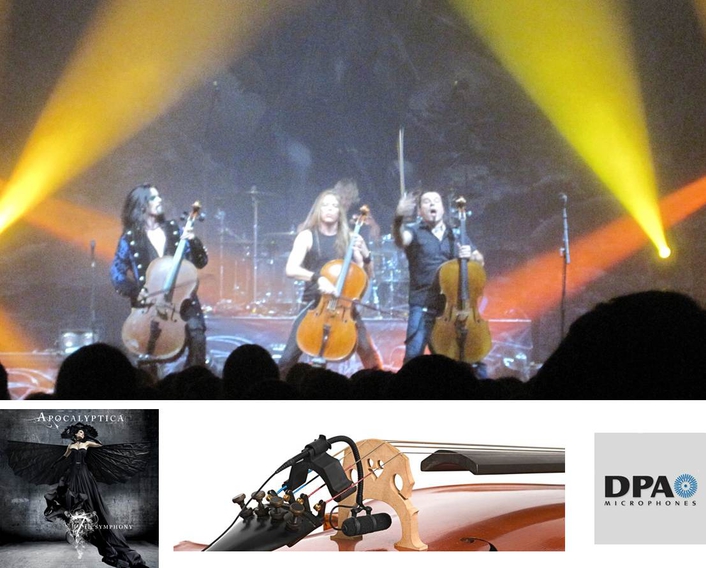 Apocalyptica in action
Finnish orchestral rock band Apocalyptica have embarked on a two-year world tour to support their new album, with DPA 4099 instrument clip mics accompanying them all the way.

The band, who have been together since 1993, consist of an unusual lineup: three classically-trained cellists and a drummer. Their music features elements from classical music and neo-classical metal, to symphonic metal and thrash metal, and they have sold over four million albums to date.

The band are using three DPA 4099C instrument clip mics for cello, along with one of the latest additions to the range, a 4099D drum mic. 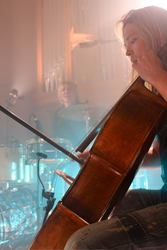 "We are using the DPA 4099Cs on the current world tour to create ‘acoustic’ moments within our live sets,” says Eicca Toppinen, who founded the band along with Paavo Lötjönen. “DPA microphones are easy and fast to attach to our cellos. This is very important, because we have to quickly put them on and take them off the cello during the set. The clip system is ideal for this. The sound is rich and full with a good, full body. For our purposes they are great as they give the best and purest cello sound. Additionally, the 4099Cs work perfectly with our PA system as they are not as sensitive to feedback as other microphones available. DPA microphones are Apocalyptica’s choice for real sound!"

Over on drums, Mikko Siren is also discovering the benefits of the DPA 4099 range. During certain parts of the show, Siren leaves his drum kit and walks around on stage with a 4099D mounted on his bass drum, able to enjoy the same full bodied sound as his cellist band mates.