Parashoot’s recently purchased dLive system, comprising the flagship S7000 Control Surface and DM64 MixRack, was immediately deployed on the tour, mixing both FOH and monitors on the same console.

“I have been using iLive endlessly over the last 5 years, and on the last two Ane Brun tours, culminating in over 200 shows. The timing of the dLive release couldn't have been better. The anticipation of more FX and more buses, made it the unchallenged winner for this tour. A&H makes the best digital live preamps, channel dynamics and onboard FX engines, so it was a no brainer,” comments Parashoot’s sound engineer and owner, Oscar Söderlund. 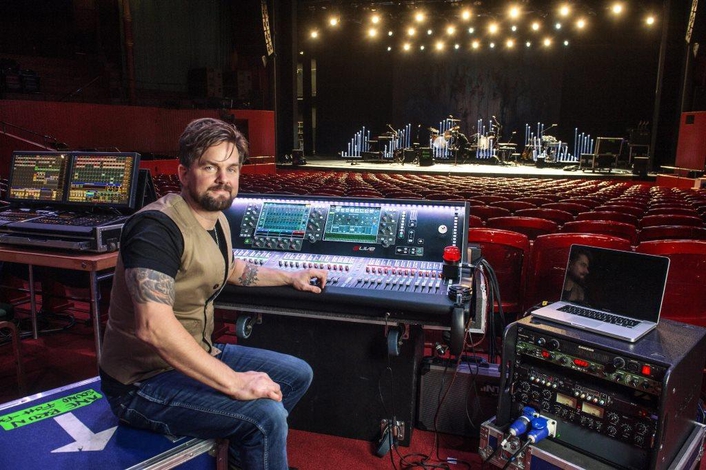 Oscar Söderlund with the S7000 dLive surface at Cirkus in Stockholm

“The system latency is extremely low, and the surface is very fast - you can go from stereo to mono channel in no time without losing audio, and it feels very small even if it has 3 x 12 channel faders. I also really like the USB recording and playback option, it gives me the opportunity to record single channels or groups, easily A/B test preamps and outboard gear, and tweak reverbs and delays on the lead vocal,” continues Söderlund.

Recordings of the shows are operated via a Dante card fitted in the Control Surface, plus a MADI card is fitted in the MixRack for any guest broadcast feeds. 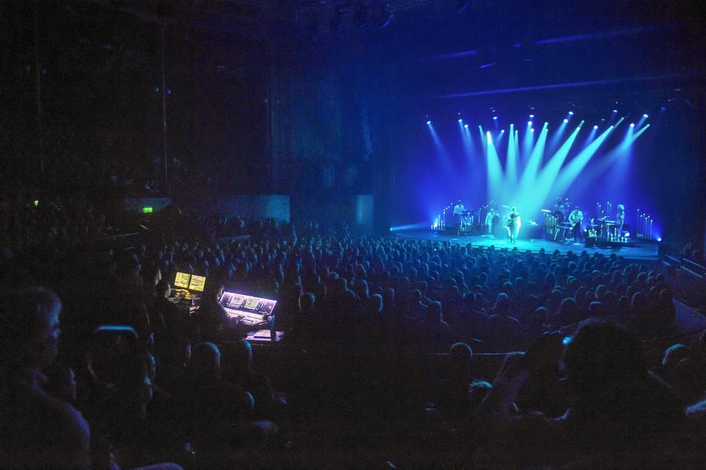 “The usefulness of the copy/paste/reset select in bank view and direct view is awesome. This is something I smile about every day I use it - it’s very clever. It’s now almost a ritual to press the reset button, and sweep my DCA's to unity when the Go-For-Show order comes from the TM/PM!” concludes Söderlund.