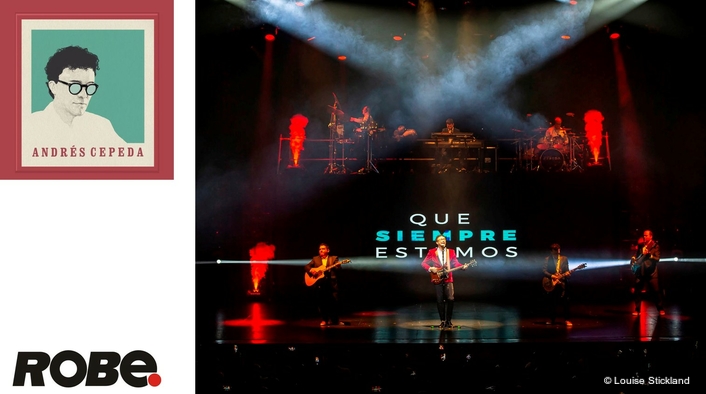 Pop-rock singer / songwriter Andres Cepeda is one of Colombia’s most popular artists, loved for his multi-genre repertoire, humour and dynamic style. He recently played a month of sold-out shows at the 1300 capacity Teatro Major Julio Mario Santo Domingo in the north of Bogota. His long term lighting designer Nestor Gaitan – universally known as “Cariňosito” (which roughly translates to Care Bear in English) – lit the show, and was delighted to be able to use the theatre’s 12 x Robe MiniPointe moving lights which are part of the house lighting rig.

These were rigged on four vertical stands on tank trap bases, positioned two (stands) either side of a prominent central LED screen.

The miniPointes were used extensively throughout the show, demonstrating just how much you can creatively squeeze out of these small and powerful fixtures with some imagination and skill! Flanking the screen this way, they made maximum impact. 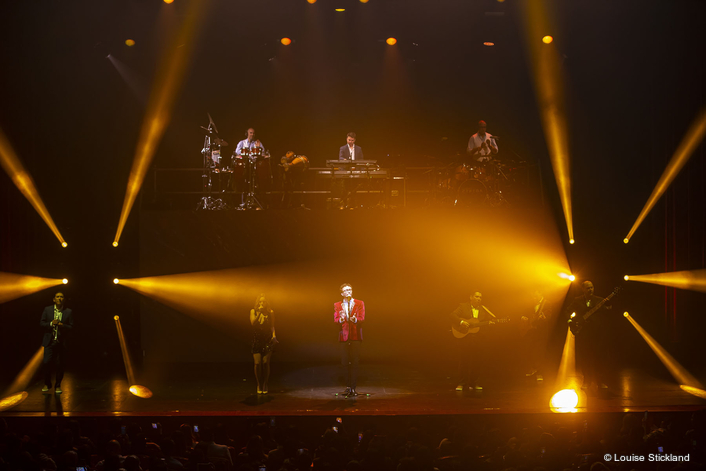 Andres’ large band for this series of shows was enriched with the sounds of a full brass section. The musicians and backing vocalists were split between a raised deck above the LED screen and on the stage floor with Andres.

The show presentation was further enhanced by a series of narrative skits played out in between some of the songs, involving Andres and three well-known actors.

Nestor programmed and controlled the miniPointes plus all the other lights in the ‘top’ house rig, using the venue’s grandMA2 console. 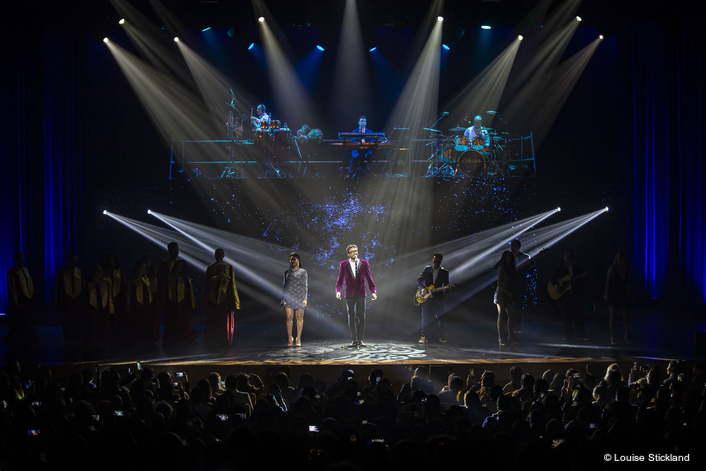 He has worked for the artist for the last five years, touring frequently around Colombia and other Latam countries like Mexico, Panama, Ecuador, Peru, etc. Their standard touring rider contains only Robe moving lights, and while they don’t always get exactly what they want, Nestor is very proud that it is an ‘all Robe’ rig being requested.

“I like many things about Robe and their products,” he stated, “the optics are great, the light weight is a big plus and the zoom is always good and it’s also a feature that’s been consistent over the years. It was a great decision to get the miniPointes here in this theatre, and as small ‘hybrids’ they are perfect for the job. 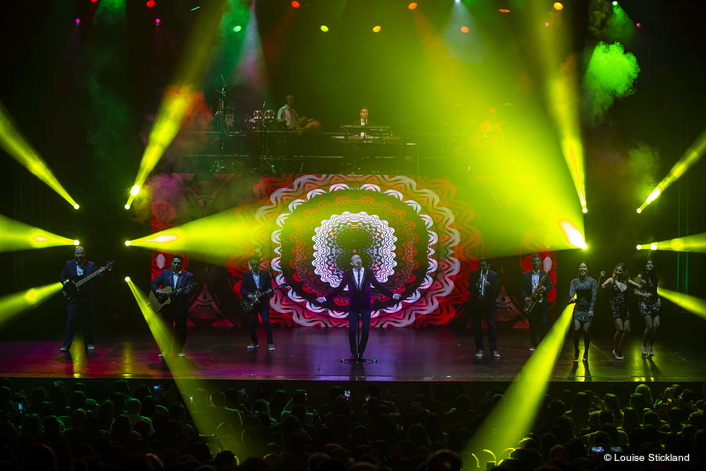 He’s used other brands as well of course, but he’s adamant that “nothing is quite as good as Robe especially for optics and the power of the light source”.

He thinks that the speed of the fixtures is another advantage and a consequence of the commitment to small size and light weight that has underscored Robe’s product development philosophy for more than a decade.

He enjoys lighting Andres Cepeda for the versatility and variety of the performance which goes from big anthemic pop songs to acoustic moments, soft ballads and big rock-out numbers that have the audience on their feet. It’s the kind of artist that is a dream for any lighting designer with a broad love of music.

The lighting is evolved working closely with video content producer Jonathan Ricardo Garcia who coordinates all the video elements including the playback run from a Resolume server.

From the Teatro Major’s standpoint, the 12 x miniPointes have been a “fantastic investment” explained their head of technical Javier Bernal, who is in charge of the technical teams in all disciplines, and of all the technical production aspects including the procurement of new equipment. 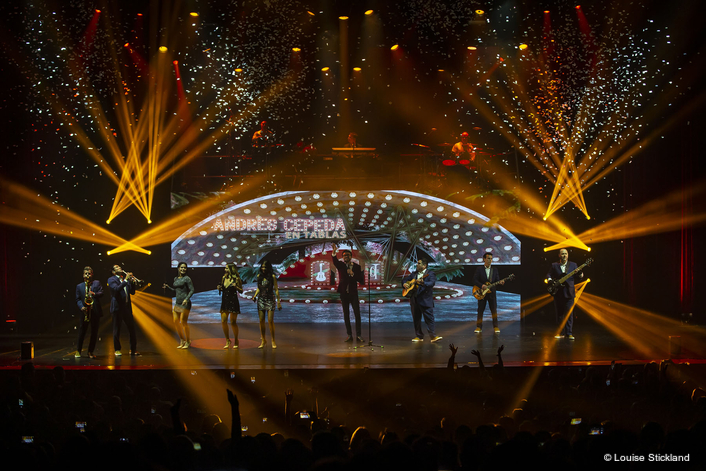 The miniPointes were purchased three years ago and have been in constant use ever since, primarily as all or part of various floor packages. When they made the decision to buy them, they specifically sought a small fixture. Everyone there liked Robe’s flagship Pointes, and they were cross renting these whenever there was a need, so miniPointes were selected as a good solution that ticked all the boxes.

The theatre stages around 200 shows a year - a mix of dance, opera, music shows, etc. and Javier reports that in three years the miniPointes have worked hard, well and flawlessly, proving to be “totally reliable”.