Sennheiser Digital 9000: Best In Class Wireless System Brings out The Best From a Diverse Range of Vocalists
As the American Idols LIVE! Tour 2014 charges through the final leg of its highly successful summer tour, North American audiences have been treated to a broad range of talented male and female contestants performing a diverse selection of material. The new Sennheiser Digital 9000 system has delivered stellar performance every step of the way, capturing each nuance of the vocal performances in stunning detail and clarity.

This year, since the contestants are singing to backup tracks, the audio system consists primarily of a multi-channel playback rig, wireless in ear monitors and vocal microphones — putting the spotlight squarely on the Idol contestant performances. At the recommendation of Lititz, PA-based Clair Global the audio team decided to utilize (16) channels of Sennheiser Digital 9000 wireless to provide the best possible audio quality for both performers and fans. 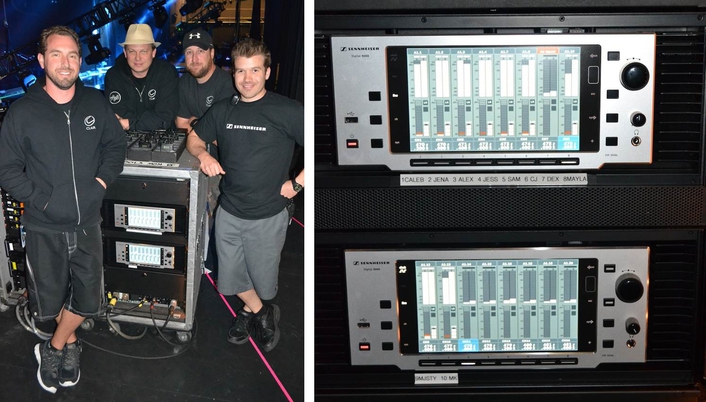 "When Clair presented me with the idea of using the new Sennheiser Digital 9000 on this tour, I was very excited because I know it is a phenomenal system," commented Dustin DeLuna, Monitor Engineer and RF Technician for American Idols LIVE! Tour 2014. "So far, it has surpassed my every expectation — the microphones have sounded amazing across the entire range of vocalists we've got out here."

The Digital 9000 system used on American Idols LIVE! Tour 2014 consists of two eight channel Sennheiser EM 9046 receiver units, (14) SKM 9000 handheld wireless transmitters with MD 9235 capsules and (2) SK 9000 beltpack transmitters. Each of the (10) Idol contestants have been using the SKM 9000 transmitter / MD 9235 capsule combinations. In addition, several microphone / transmitter combinations are being used as 'guest' microphones and for pre-show Q&A sessions, which are extremely popular among fans.

For monitoring, the audio team has been relying on (18) channels of Sennheiser 2000 series transmitters and receivers. These cover in ear monitoring — including click tracks to make sure everyone is in time — for each of the onstage performers as well as production staff including the stage manager, lighting technician and Pro Tools operator. 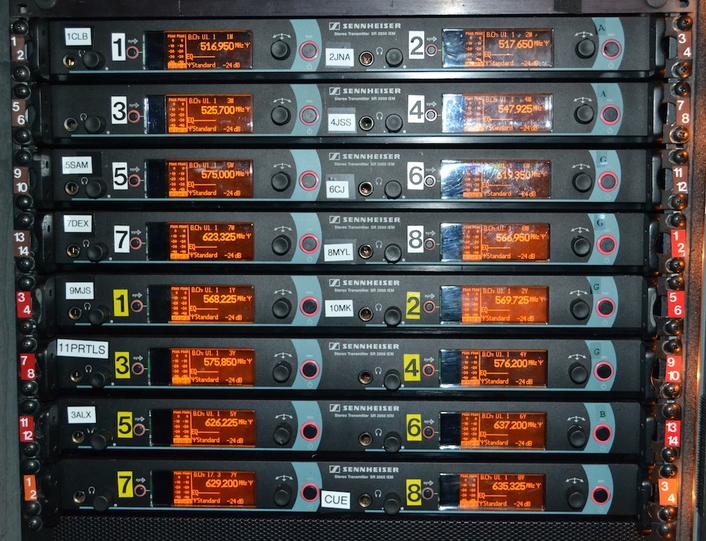 Digital 9000: Outperforming in the Most Extreme RF Environments
As one might expect, the performance venues on the tour vary greatly and include arenas, casinos, theaters, sheds, outdoor fairgrounds and others. In the face of such a diverse range of performance spaces, Sennheiser Digital 9000 helps bring predictability when it comes to RF performance. "The system has been unstoppable from a reliability perspective," reports DeLuna. "Since we started using it, there has not been a single drop out. Just the other day, we were at Indiana State Fair — it was the most crowded RF environment we have seen on this tour. But after scanning and setting up our frequencies, we had no issues. It has literally been flawless."

For DeLuna, who is handling double duty as the tour's sole Monitor Engineer and RF Technician, ease of use and set up time are precious. On this level, the Digital 9000 does not disappoint. "The frequency scanning features are amazing because the interface is so visual," he explains. "Scanning takes about 30 seconds from start to finish, and the Digital 9000 allows me to visually plot out where I am going to put the microphone transmitters to see how they will work with other RF in the area. I can scan and sync these transmitters without any trouble — and I don't even have to walk them," he says.

Delivering Pristine, Uncompressed Sound for the Masses
Front of House Engineer Kirk Shreiner, now in his third year on the Idol tour, says the Sennheiser Digital 9000 delivers on audio quality: "It has a very clean and warm sound," he says. "I regularly get comments on how great the microphones are on this tour, and I am having great experiences on all the PA systems we have been using with these mics." Shreiner also appreciates the outstanding feedback rejection of the new MD 9235 capsule. "It's not unusual to have all of the contestants up on stage singing at the same time in front of the PA, and with these microphones we're not having to fight the system." 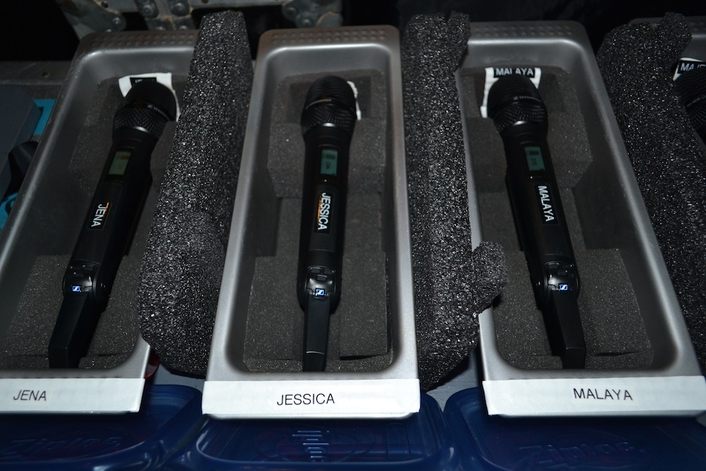 For mixing in ear monitors, DeLuna has had a similarly positive experience: "The top end of the MD 9235 capsule is very smooth," he says. "All in all, the audio seems to be very well rounded. With the Digital 9000, I am hearing more detail and it is almost like the difference between an mp3 file and a wav file. Since there is more 'information' in the audio, it means I don't have to make as many EQ corrections."

In addition to the RF reliability and sonic qualities of the system, DeLuna is especially impressed at how quiet the SKM 9000 transmitter / MD 9235 capsule combination is in light of a brand new capsule design and dampening mechanism. "We have noticed zero handling noise, and this is usually among the first things a Front of House Engineer will complain about," he says. In an RF world that is usually dependent on buckets of AA batteries, DeLuna also appreciates the newly designed battery compartment on the transmitter: "The two buttons at the bottom that are used to slide the battery in and out are so easy to use. Moreover, the rechargeable batteries last for six hours at a time and we can run the whole day with one set of batteries," he says.