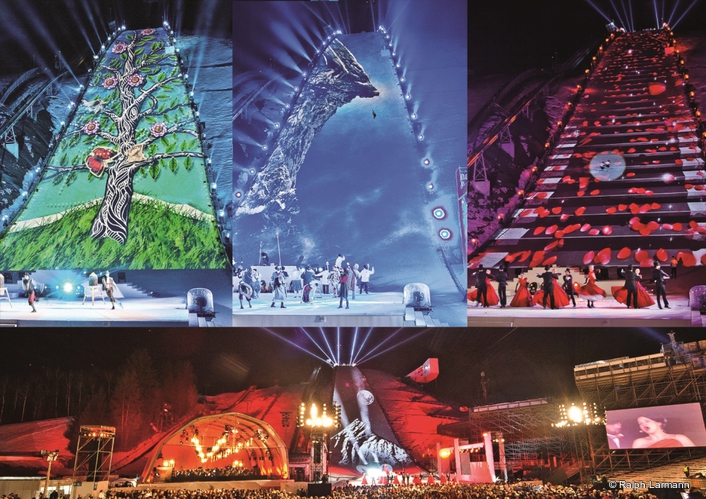 The projection onto the 140 meters long landing hill was made possible by the use of nine Barco projectors
11,000 guests and over 3 million TV viewers in 7 countries recently experienced a historical sports moment: the opening of the alpine ski world championships 2011 in Garmisch-Partenkirchen. The impressive and exciting show was realized by the full-service provider AMBION on behalf of the Berlin event agency 3:0.

Two stages and over 300 participants, international show acts with Adoro and Christina Stürmer or the first gig of the Munich Radio Orchestra in the snow: Already from the first moment the opening ceremony of the festival in the snow was a show of superlatives. The fulminant center-point of the opening ceremony was the 140 meters long ski jumping landing hill of the ski stadium which was converted into a huge projection screen. Influenced by the magic of the projected images the 11,000 spectators in the arena at the foot of the Gudiberg experienced a once in a lifetime event.

The projection onto the 140 meters long landing hill was made possible by the use of nine Barco projectors working in multiscreen-mode. The projectors were fed with video signals from Catalyst media servers. The appropriate software was able to equalize the strongly curved and snow-capped landing hill and transform it into a giant cinema screen. Despite the projection distance of 280 meters, homogenous and brilliant images were visible not only for the spectators in the arena but also for the millions of TV viewers across Europe. The TV live signal was captured by the HD OBVan of Bayerischer Rundfunk with the Sony HDC-1500 cameras. 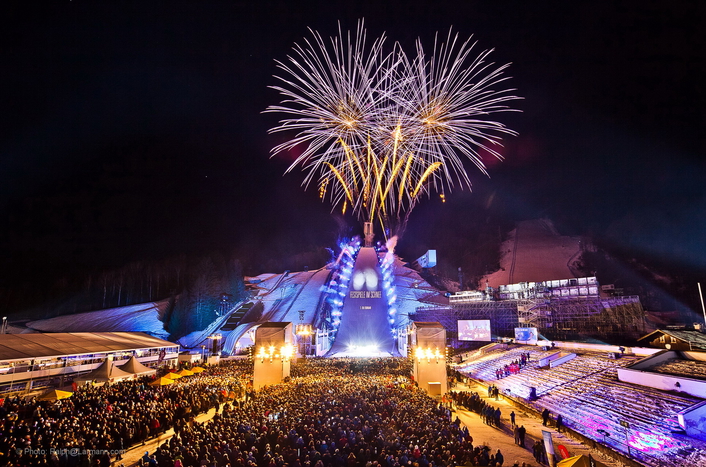 Also the sound capturing required a high degree of technical expertise and an extensive use of materials: Due to the fact that the show acts took place on two stages a total of six digital mixing consoles (Soundcraft Vi-Series and Innovason) were necessary. To cover the 89 musicians strong orchestra, the presenters, guests and stars plus the audio signals from the media servers almost 200 audio channels were required. In addition not only the performers on the stages but also all the musicians of the Munich Radio Orchestra were equipped with in-ear-monitoring, to allow smooth interaction of musicians, singers and the multi-channel playback with the additional sound effects. 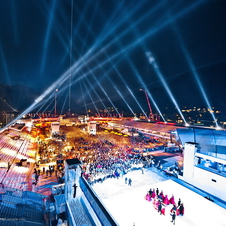 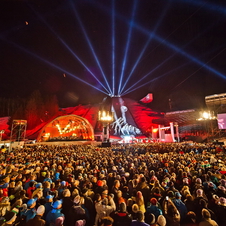 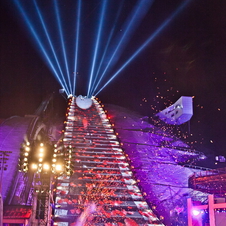 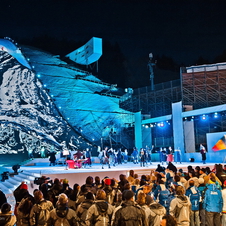 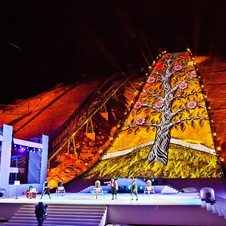 With numerous special constructions AMBION solved the particular circumstances arisen by the choreography of an event of this size in the snow: due to the extremely short change-over times between the show acts and the specific climatic conditions in the stadium a highly skilled crew and specially developed equipment was required, e.g. “Rollriser” to move goods on snow as well as on solid ground.