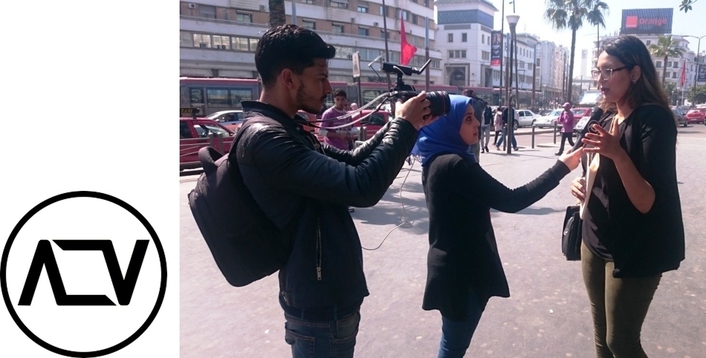 ALTV, the fastest growing free streaming service for user-generated content recently launched in the Middle East and North Africa, has today announced its launch of the first ever user-generated current events show in Morocco. The Moroccan launch of the daily show, Li Share3 Wijhat Nadar, the Arabic transliteration of “Street’s Point of View”, comes soon after the show first grabbed the attention of Egyptian audiences where it was launched earlier this year.

Conceived as part of ALTV’s mission to turn viewers from across the MENA region into digital content creators, Street’s Point of View shares the perspectives of everyday people on the day’s local and global trending topics.

Capturing growing audiences in Egypt and now in Morocco following an initial pilot, the show has quickly become a hit with audiences hungry for relevant localized content and is now entertaining viewing with each new daily episode.

Well-known Moroccan influencer and ALTV’s ambassador, Yassine Jarram, who recently appeared on the show, commented: “Street’s Point of View’s rapid success highlights the evident lack of localized programming that is relevant to local audiences. The show’s unique approach to reporting on current events is refreshing to Moroccan audiences and it is proving very popular among the millennial generation. The show’s coverage of fascinating subjects presented through the points of view of local communities sets it apart from traditional mainstream broadcasters. It gives communities a voice in addition to an exciting new source of relevant entertainment.”

The launch of Street’s Point of View reinforces ALTV’s commitment to Moroccan audiences following its launch of a dedicated French language version of ALTV.com and its mobile app earlier this year. Audiences will also be treated to surprise guest appearances from an exciting roster of celebrities who share ALTV’s vision, showing their support through upcoming appearances in Streets Point of View and other popular titles available exclusively across the ALTV platforms.

The success of the show and its relevancy to local audiences both underpin ALTV’s position as the fastest growing local content provider in the MENA region and Street’s Point of View is just one example of the video platform’s successes in bringing exciting and valuable opportunities to young creators and fulfilling local audiences’ requirements for relevant and entertaining content.

David C. McCourt, the show’s executive producer, who is a global media entrepreneur and founder of ALTV said: “Street’s Point of View epitomizes the approach that ALTV is bringing to its content, breathing new life into programming and film production to give local audiences the opportunity to enjoy high quality, local stories.

“Due to the success we’re already seeing in Egypt and now in Morocco, we are testing the show’s format in other markets across the Middle East and North Africa.  With the show’s growing online presence through ALTV.com, the ALTV mobile app, and its trending popularity on social media, the format and premise of the show is already transcending internationally and we expect to formally announce new markets for the show in the coming weeks and months.”

As Street’s Point of View is adapted for new countries across the MENA region, ALTV’s local influencers will bring the opportunity of training, insight and commercial success to aspiring content creators.

ALTV.com is a community-led digital media platform, empowering people to create high quality content that matters to them. It democratizes the field of content creation and provides a platform of opportunity for all local creators to unleash their inner skills and make their passions a reality. Its unique focus on developing individual talent within communities large and small sets it apart in an increasingly competitive market.

Whether creators are simply making their first video or looking to open doors to commercial work, ALTV provides them with access to training and support that nurtures their creative ideas and rewards their ambitions. Creative exploration and the power of expression are vital aspects of every society. ALTV promotes these ideals using its wide, multi-discipline expertise to invest in every aspect of content creation, from production to marketing.

ALTV’s agile structure allows it to embrace the rapid changes in the way young people consume and create media. ALTV is constantly innovating to meet their demands, both culturally and in developing skills. ALTV understands that regional and cultural differences are nuanced and varied, and celebrate that diversity in scope and subject.