One of the most celebrated post-hardcore bands of the late 90s, At The Drive-In’s 2016 reunion tour was greeted with elation by fans around the world.

The UK gig-goers were recently treated to a series of dates – subsequently raved about by critics - powered by an Allen & Heath dLive mixing system.

Front of House engineer Ben Hammond (whose other credits include Deaf Havana and Of Mice And Men) employed a dLive S5000 surface and a DM64 MixRack at FOH, with an Allen & Heath GLD80 digital desk, AR2412 AudioRack and two AR84 Expander AudioRacks handling monitor duties (taken care of by the band themselves). 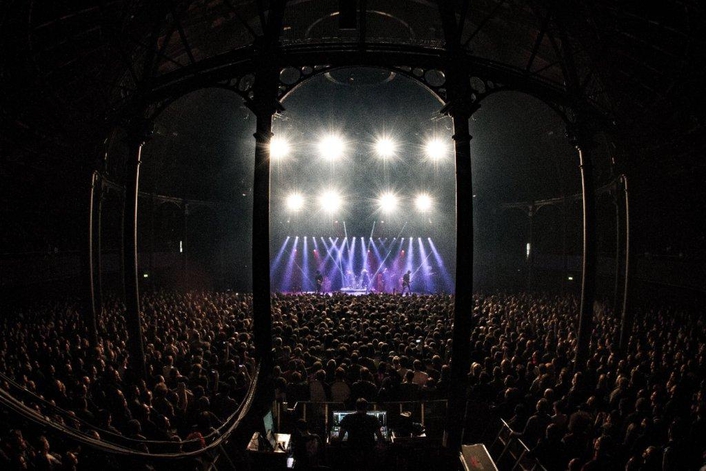 A long-time Allen & Heath iLive user, Hammond said, “The dLive system performed amazingly on the ATDI tour. I’ve been used to doing heavy bands on the iLive – you can really drive those desks hard and it lends itself to that sound. But despite the dLive being a much ‘cleaner’ console, I found I could still work it very hard and it would retain an incredible finesse and detail in the stereo image.

“The At The Drive-in shows are very effects-heavy and Cedric (Bixler-Zavala, frontman) had some great musical ideas about incorporating delays and so on into his performance. That led me to send a couple of wedge mixes to the stage with my FOH effects in them so he could hear and play into them – the extensive FX library in the dLive meant I could find literally every sound I needed without going elsewhere.”

Allen & Heath
At The Drive In