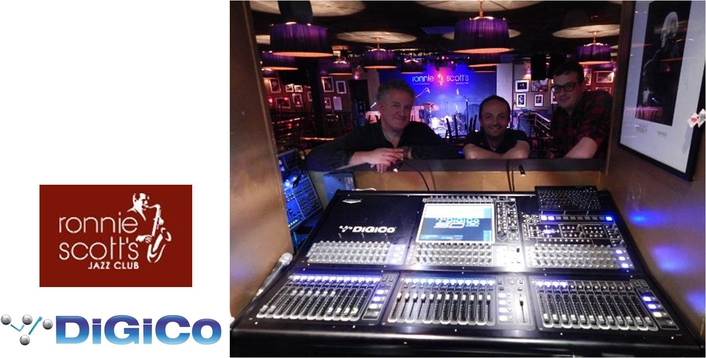 A recent upgrade of the club’s technical facilities has seen the installation of a bespoke digital audio network plus two DiGiCo consoles, with the system design, supply and installation all carried out by Autograph Sales & Installations.

The original Ronnie Scott’s opened its doors in October 1959 as a small basement club where local musicians could jam with others who shared their passion. Almost six decades later, and in its Soho home, Ronnie Scott’s is one of the world’s best-known jazz clubs, regularly hosting the genre’s biggest names as well as nurturing rising stars. The club also offers a diverse programme of live music including Latin, jive, blues, flamenco, tap dancing and DJ sets which has helped make it the place to be for both the new hipster generation and music fans seeking the very best in live jazz.

The club’s Technical Manager Miles Ashton had been considering replacing the venue’s mixing console and following conversations with DiGiCo he contacted Autograph to discuss his options including supply and installation. In addition to the requirement for new FOH mixing capabilities, the club wanted to make permanent provision for a dedicated monitor console when required and also to upgrade their broadcast connectivity. 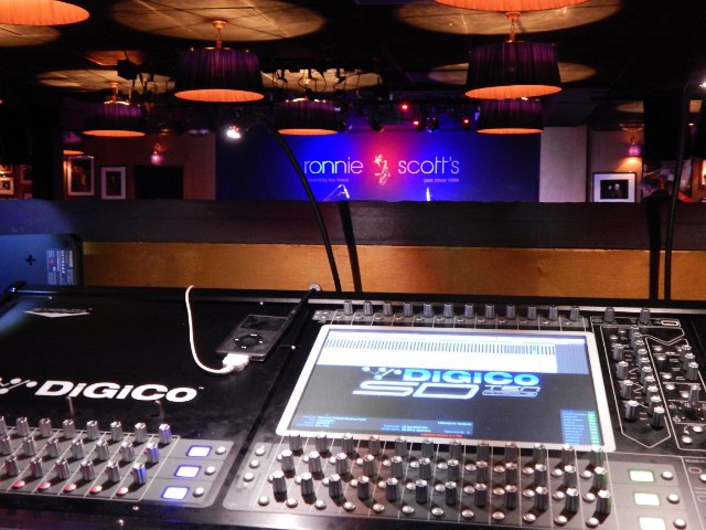 Autograph’s Euan Mackenzie and Ben Wiffen delivered an elegant solution to all the club’s operational requirements by designing and installing a permanent fibre optic network using DiGiCo’s Optocore system, which has the additional benefit of redundancy backup via an optical loop which takes over in the event of a link failure. A dedicated fibre optic patch panel now resides at stage left, allowing simple integration of a visiting monitor console (whether Optocore-equipped or not) to the house audio infrastructure without sacrificing the backup system. 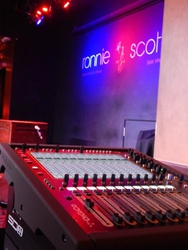 Additionally, every custom connector panel is designed such that it can handle any combination of connectivity and be reconfigured according to the demands of a specific show, while the previous analogue broadcast feed is now accompanied by a permanent digital link to the broadcast position, to which a fibre patch is also available from stage left, front of house or the patch room. Three fibre connector panels are located at stage left, FOH and the broadcast position respectively, while the latter also features a dedicated BNC MADI link to FOH. A fibre patch in the upstairs rack room allows each fibre link to be re-patched to suit a given application.

At the heart of the system is a new SD10 digital mixing console, customised by DiGiCo who fitted specially-designed side cheeks for the control surface so that it fitted snugly into the available space in the FOH booth. The club additionally purchased a DiGiCo SD11i for when performances require a dedicated monitor mix engineer. This desk is also ideal for use in the upstairs club (Upstairs@Ronnie's, a 140 capacity bar and live music venue which is separate to the main club) if required.

To complete the project and make life as easy as possible for visiting engineers, Autograph also spent a day with Matthew Gush, one of the house audio team, programming dedicated templates for both consoles so that show files for specific events or artists can be created very quickly from scratch where  necessary. This process included implementation of a custom macro which allows the SD11i to assume control of the monitor mixes at the press of a single button.

Ronnie Scott’s technical manager Miles Ashton said, “It wasn’t a quick decision. I looked at almost everything available and we trialled a couple of options for a few weeks. Flexibility was the key, plus we also needed consoles that were familiar to visiting engineers.

“We decided on DiGiCo for several reasons, including the ease of use, fantastic sound quality, the flexibility of the Optocore system and that it’s an industry standard for live sound. The fact that the consoles are British - so it’s very easy to speak directly with the manufacturer - was another benefit. It became clear to me that DiGiCo’s Optocore system was going to be key to getting exactly what I wanted with the least amount of fuss.

“We can do monitors from FOH (with iPad control) for an opening act and in the same gig, offer an on-stage mixer to a main act touring with their own monitor engineer, all using the same wedges with no re-patching. The audio quality is a noticeable upgrade for us, too. DiGiCo also did a great job customising the SD10’s side cheeks to be 3cm narrower for us - DiGiCo and Autograph have both provided great service, while both house and visiting engineers really like the consoles. We definitely chose the right solution.”