This is All Great for Robe and Alt-J 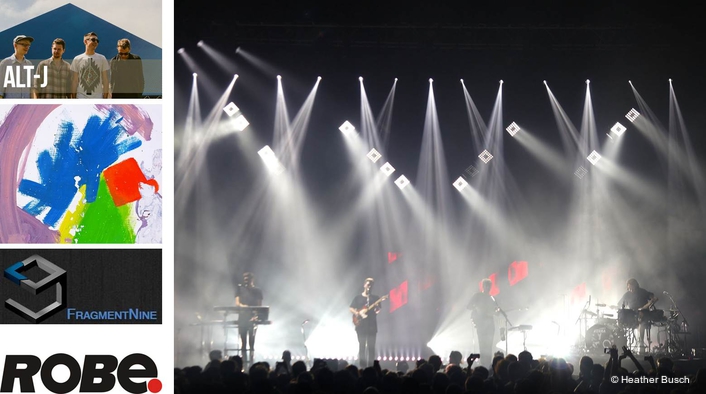 .
Indie rockers Alt-J’s new album “This is All Yours” rocketed straight to number one in the UK and number four on the US charts, and the band has embarked on an international tour in support of this second studio work, complete with a lighting and visual design by New York-based Jeremy Lechterman of Fragment Nine.

Jeremy – known for his fresh, innovative and lateral approach to lighting and several interesting up-and-coming and creative artists prominent on his CV – started using Robe products in his design work earlier this year for O.A.R.’s US summer tour.

For the first UK leg of Alt-J’s “This Is All Great” tour, he specified  39 x Robe CycFX 8 moving LED battens and for the first – and current - US leg, the design is also utilizing 23 x Robe Pointes. 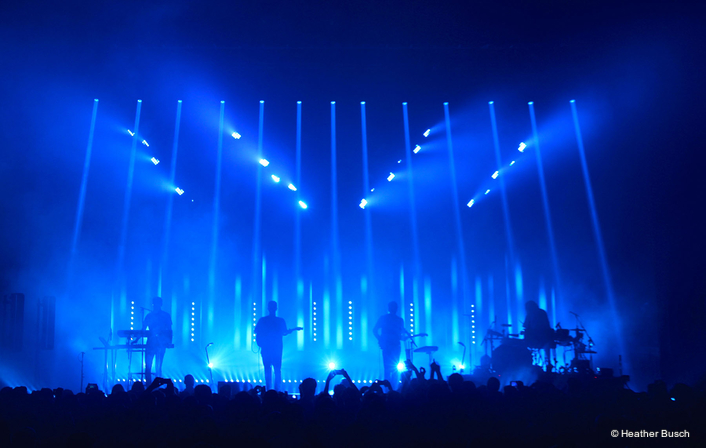 These numbers will be increased as the band performs in larger venues in the coming months.

At the essence of the design, lighting is used to enhance the mystique surrounding the band when onstage, immersing them in a slightly obscure and abstract framework that adds to the intricacies of the music and the alt magic of their very distinctive sound. It combines a musical and architectural approach to lighting the performance space.

Alt-J’s lit and visual environment – still evolving as the tour progresses as it’s important for Jeremy to be free to experiment and be fluid rather than fixed and rigid - features minimal front lighting. Multiple sources come from the back, sides and floor, reinforcing their unique sculptural world. 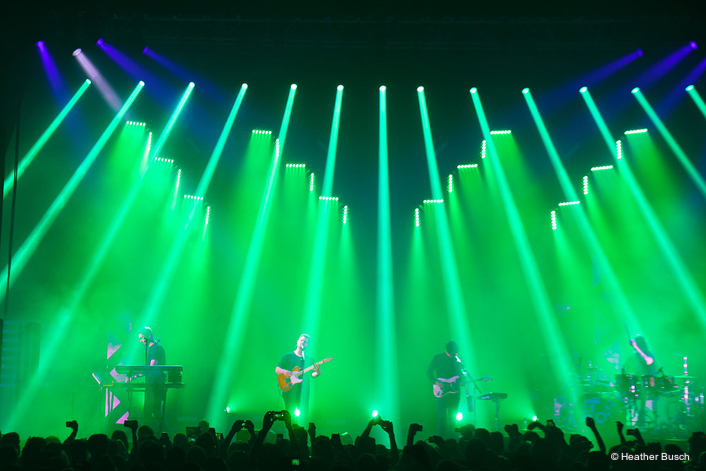 There are 17 x CycFX units on the ground arranged in two semi-circular arcs, one in front and one behind the band, with six on booms for sidelight, and eight tucked into the upstage video wall.

“I really appreciate a fixture that can achieve both these effects,” he explained. “Powerful silhouettes on one hand, and also throw 14 or 16 ft curtains of light right across the stage. You can produce a stream of different and interesting looks with wipes and sweeps of colour one moment … and then make the band completely disappear the next.” 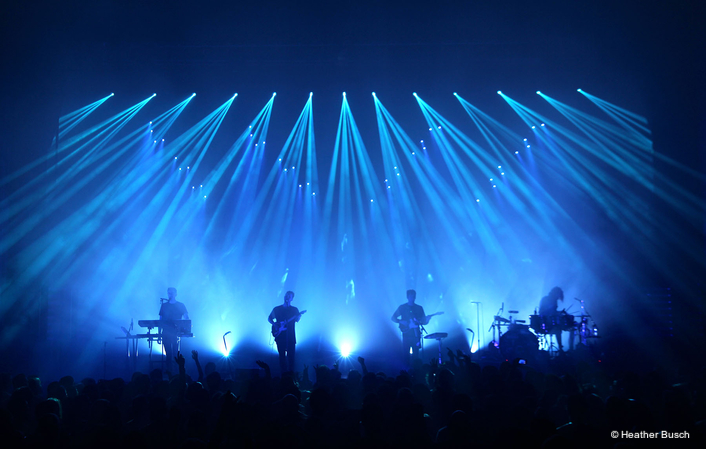 He has also created some extremely organic and almost liquid effects like flames and rippling while building the desired immersive illumination around the band.

The CycFX 8s make an immediate impression at the start of the set, in deep undulating bloody and fiery reds, as the band atmospherically kicks off with the hauntingly beautiful, “Hunger of The Pine.”

Jeremy chose to work with CycFX 8s initially because the design needed a wall of light, and very few fixtures can produce this effectively. Once he was able to fully assess the brightness, movement and other parameters of the fixture, they were added to the design. 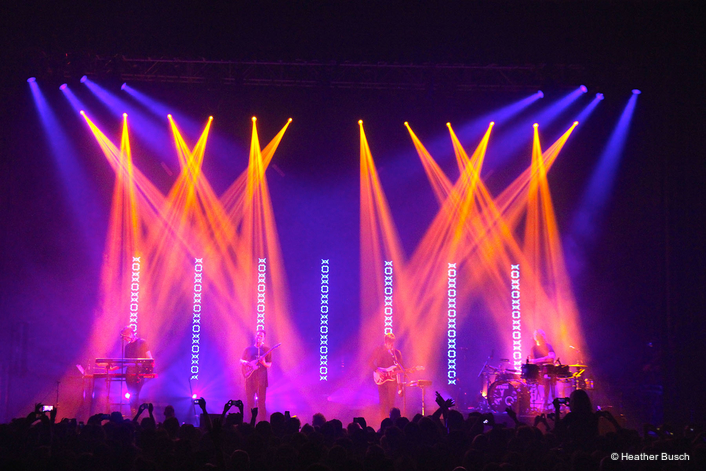 Jeremy runs Alt J’s lighting and video on a grandMA2 console. The CycFX 8s are also pixel mapped via the console along with 39 x Magic Panels scattered on seven overhead trussing ‘fingers’.

Lighting equipment and LED screen for the UK tour was supplied by Blackburn-based HSL.

For the current US leg of the tour, these and the Pointes are being supplied by Felix Lighting from Los Angeles. Thirteen Pointes are rigged on a rear truss, with ten on a top-light truss.

The Pointe is another Robe fixture he loves for its sheer diversity and multi-functionality.