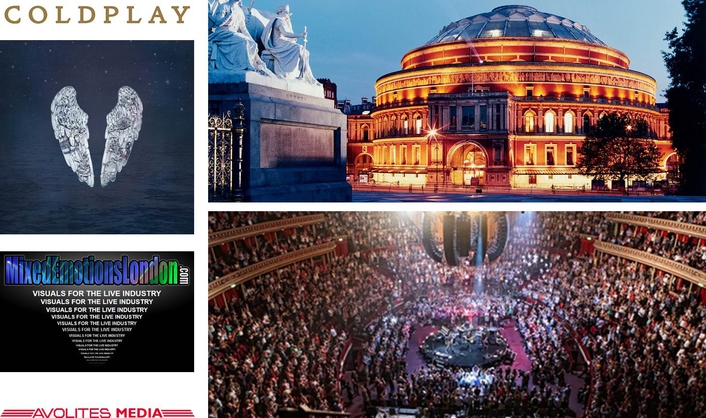 The RAH shows closed what was a short, six date, low key tour that supported their album Ghost Stories. Video Director Ben Miles of Mixed Emotions, London, who has been with the band throughout, projected an evocative mix of live and pre-recorded content across the hall's 86 iconic ceiling mounted acoustic diffusion discs - known more fondly as the 'mushrooms'. 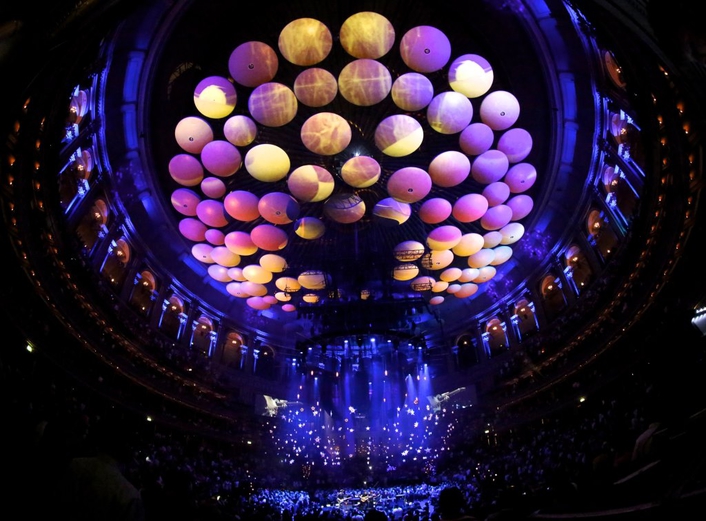 And intimately visual it was. Performed in the round, Miles used a network of 4 x Ai Media S8 servers, supplied by creative visual solutions company, XL Video with two as backup and two running the live content. The two live servers ran at their upmost capacity, utilising all eight of their custom HDSDI outputs to provide a discreet feed of 1920 x 1080 to 16 x 20k projectors.

Miles worked alongside LD Paul Normandale to balance lighting effects with a sometimes haunting, sometimes superbright mix of live and pre-recorded content created by We Are Bison. "Mapping the show was quite complicated due to the various height aspects of the mushrooms," explains Miles. "However with the Ai's 3D Visualiser we were able to constantly tweak the model to ensure that we got the projection points exactly right."

In the end, each of the 16 projectors used mapped 4-6 mushrooms, with each mushroom able to have its own independently manipulated vertices so that they could all be warped around the disc individually." 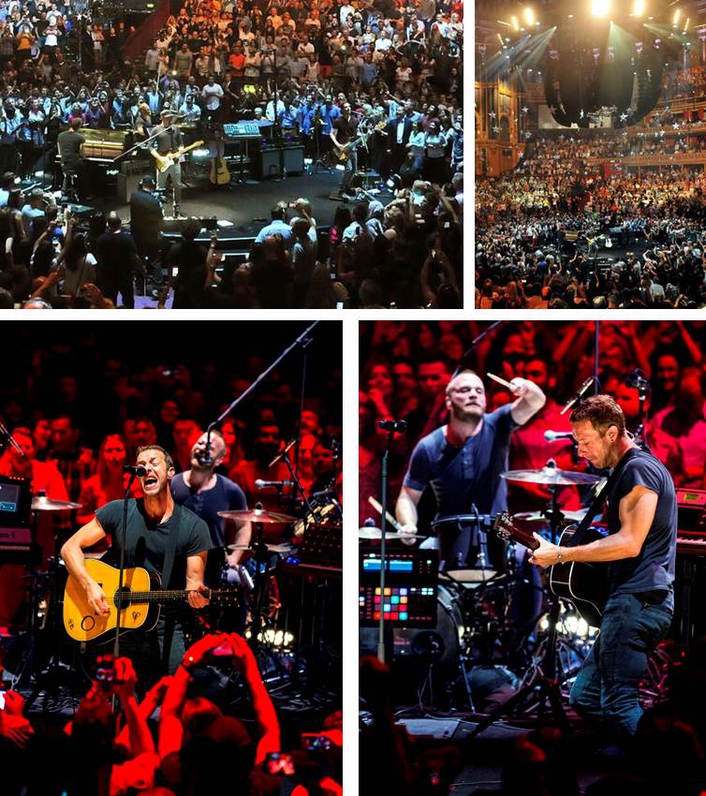 Miles says that he and his team relied heavily on Ai's 3D Visualiser feature throughout the creative and technical process: "When we originally started planning for this project in the LA studio we didn't know where the projectors would be positioned in space. The Ai Visiualiser came in incredibly handy as we were able to build the entre model in the virtual world. The 3D Visualiser also allowed us to show the band and the other technical departments how things would actually look on the day. Furthermore, because we could build the show in an output that we were going to use to feed the projectors, it meant we never had to 'double-up' on any work."

Steve Warren, Managing Director of Avolites Media states: "The Ai S8 Infinity server is the most powerful server in the Avolites Media S range making it ideal for such a challenging project. It features eight Display Port / DVI outputs, all of which Ben used in this show. The server also features third generation PCI Express motherboards, graphics cards and RAID SSD drives, which gave us unrivalled performance alongside the 4K Ultra HD capability."

Miles is delighted: "We could not have delivered this project as easily without the Ai. It has been a vital piece of equipment throughout the design and realisation process. Not only that, with the tight get in times at the RAH, the back up that we have received from Dave Green and his team at Avolites Media has been invaluable."