Afrikaans is Groot for Robe 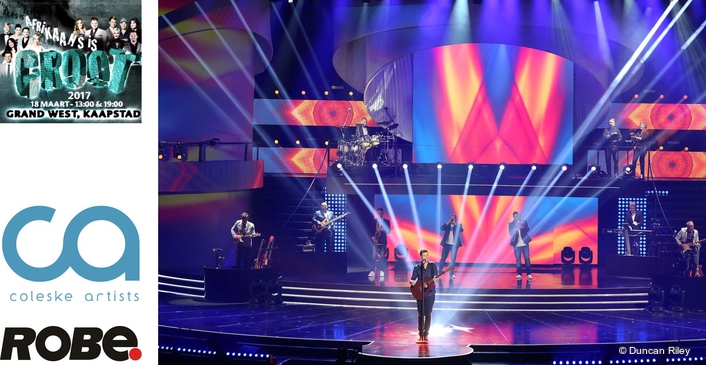 Part one of the 2016-17 multi-artist musical spectacular “Afrikaans is Groot” produced by Coleske Artists was staged at Moreleta Park Church in Pretoria, South Africa,  featuring some of the best Afrikaans performers in the country. The show will play at Cape Town’s Grandwest Arena in March 2017.

It featured another jaw-dropping lighting co-design by Joshua Cutts of Visual Frontier and Chris Bolton of Keystone Productions.

Nearly 160 Robe moving lights – including the new Spiiders and Spikies - were included on the rig.

The 12 brand new Spiiders came straight from customs clearance at OR Tambo Airport in Johannesburg to the venue, together with 12 Robe Squares, all part of a larger new Robe investment by leading South African rental company, MGG.

MGG was the full production technical supplier for the event which ran for 11 sold-out shows at Moreleta. 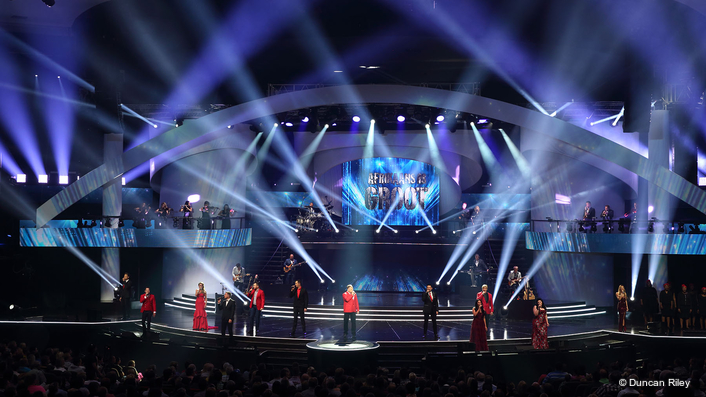 Chris & Josh were first asked to design the 2015 edition as a visual team … which yielded amazing results and took production values up several notches, so they were asked back this year by Coleske, and again worked closely with MGG general manager, the rock-solid Denzil Smith.

Josh and Chris started with the multi-level set design from this year created by Dewet Meyer, which was a combination of scenic and inflatable elements with a mix of LED video and projections.

Moving forward after the 2015 event, this time around production invested in a larger flying mother grid being installed into Moreleta’s 6,500 capacity auditorium space, which is challenged for convenient rigging points and weight loading in the roof. This substantially increased the options and flexibility for positioning of lighting, video and certain set effects.

Beneath the grid, a network of trussing was flown including circular and straight pieces. Josh and Chris had to work around a water curtain, a double kabuki and other technical set apparatus in the roof, so despite the additional latitude offered by the mother grid, fixture placement still had to be extremely accurate! 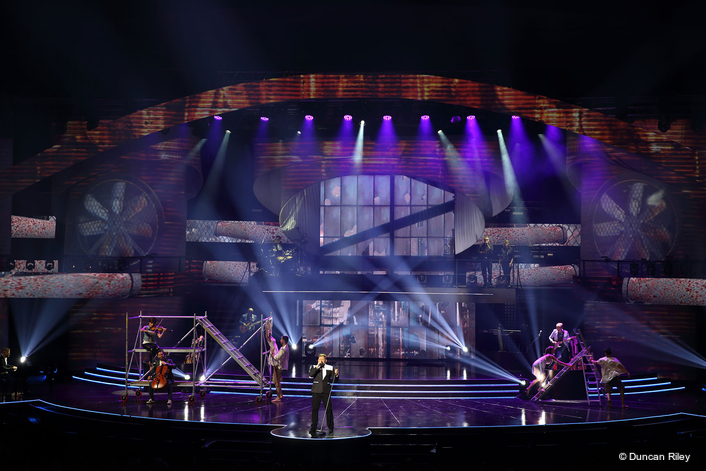 Robe BMFL Blades were chosen as the main profile fixture, 12 on the advanced truss for key lighting and specials with the rest upstage on the mother grid, together with six BMFL WashBeams which were upstage inside one of the circular trusses.

24 Robe LEDWash 1200s were dotted around the various trusses to provide a base wash across the wide stage and set, with more on the advanced bar for audience illumination, plus another 24 x LEDWash 600s also concentrated on illuminating the audience.

The 36 x Spikies were on the sides in front of the set balconies where they could create piercing back beam looks. “Very impressive” for such a small fixture says Chris.

Josh underlined the fact that their placement was crucial, and “Maximising their brightness and power, we could make lots of statements and accents with the punchy beams!” He notes that Spikies look especially good when grouped in clusters.

It was the first time that both Chris and Josh had used Spiiders on a gig, and the 12 fixtures were located in a row just upstage of the pros arch.

“They are absolutely mind-blowing,” declared Josh without any hesitation

“On one hand they are as punchy as a 1200W wash fixture and also have a very strong and clearly defined beam like the LEDBeam 1000 … making them superbly versatile”. 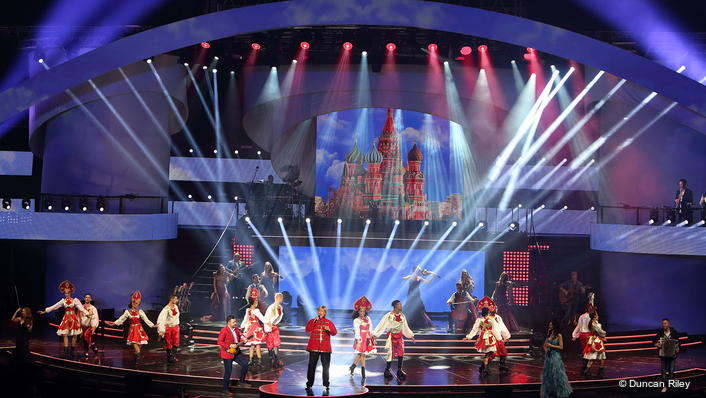 He also really enjoyed using the flower effect which was the perfect complement to the Spikies. With 48 of these all fired up they could create some great looking scenes.

“Its quality as an LED wash is a fantastic feature in itself! PLUS the added magic of the beam effect – a great idea and a luminaire that’s also super-fast and easy to programme”.

Another first was using the Robe Squares on a live show. These were positioned on the balcony fronts both sides of stage, and while they didn’t have so much opportunity to programme and experiment with, as time was so tight, Josh comments that they were “A lot of fun!”, and both he and Chris intend to utilize them in future projects.

Along the front of the stage in the footlights position were 24 x Robe CycFX8s which looked “Brilliant” according to Chris. These were pixel-mapped and integrated into the stage-wide matrix of lighting and video pixels which also included the Squares and 36 x low res video panels. The CycFX 8s were also invaluable for up-lighting faces. “We needed a slim and adaptable fixture for this task … and they worked perfectly,” says Chris.

The Robe picture was completed with four PATT 2013s to fill the space and add some interesting shapes behind a set of moving LED doors upstage, which were part of the set design and used for entrances and exits.

Also upstage were another 60 odd moving lights and 24 strobes were dotted around stage, altogether making up 36 universes of DMX which were controlled and programmed via a grandMA2 console, operated by Chris for the run of shows. Everything went extremely smoothly. 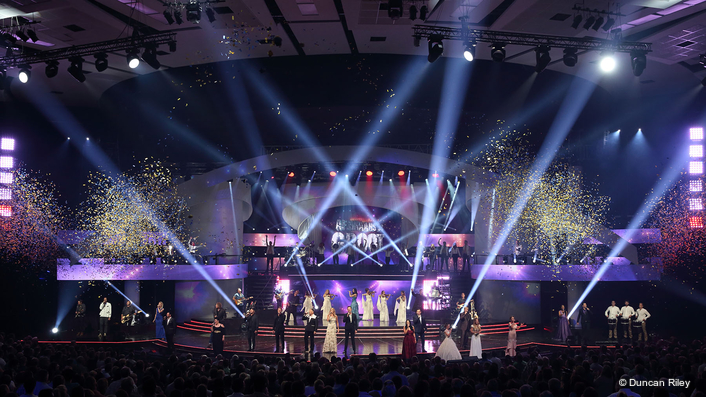 Challenges included the short time onsite, which was five days in the venue including technical, rehearsal and programming time – in which they had to light 36 tracks making each unique and individual! Chris and Josh also engaged in three to four weeks of offline programming to ensure they arrived onsite ahead of the game and with some of the fundamental visuals building blocks established.

“We work with a great team of people on this show who all share our passion for producing the best end result for the audience enjoyment,” said Chris. “This year everyone has worked hard to take the production and presentation to new levels”.

Coleske Artists is owned and was founded by Arnold Coleske and Brendon Hargroves. Also central to the core team are creative director is Barry Pretorius and technical director Ian Vos.

Afrikaans is Groot 2016-17 will play Cape Town for three shows.