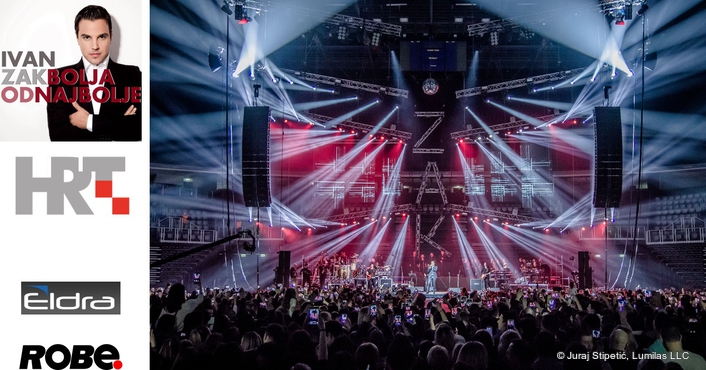 Several challenges faced lighting designer Sven Kučinić when asked to design a high-profile one off show for Croatian pop superstar Ivan Zak in front of 18,000 adoring fans at Zagreb Arena. Forming his first band at 14 and hitting the big time in 2009 with the “Adrenaline” album and single, this was the star’s largest show to date … so to make a BIG impression, Sven chose to work with Robe moving lights for maximum impact.

Sven is one of Croatia’s leading LDs, known for his flair and imagination, he has been specifying Robe’s BMFL range fixtures on various shows for the last year.

In addition to the massive brightness, he loves the “seamless CMY colour mixing system, creative gobos and ultra-precise dimmer”. In fact the BMFL is so “feature packed” that he’s still discovering some new combination or effect on every show, which is a big thing for a power-user like Sven who by his own admission is one for either finding faults with technology or getting bored with it really quickly! Happily neither applies with the BMFL! 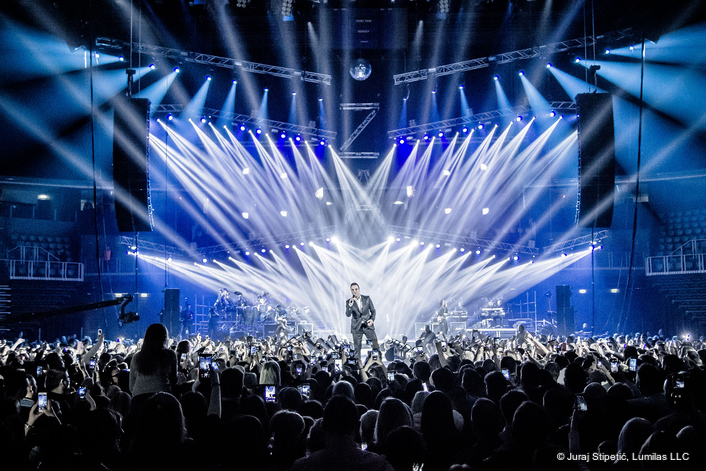 For the Ivan Zak show, he was given an open brief for the design, beyond the no-brainer that it needed to be a “big arena pop spectacle”, which he delivered in some considerable style.

The idea of creating a set structure with trussing was inspired by the artist’s short name, and Sven immediately though that it was also a great way to emphasise him being at the core of the performance and the importance of this show as a career marker. 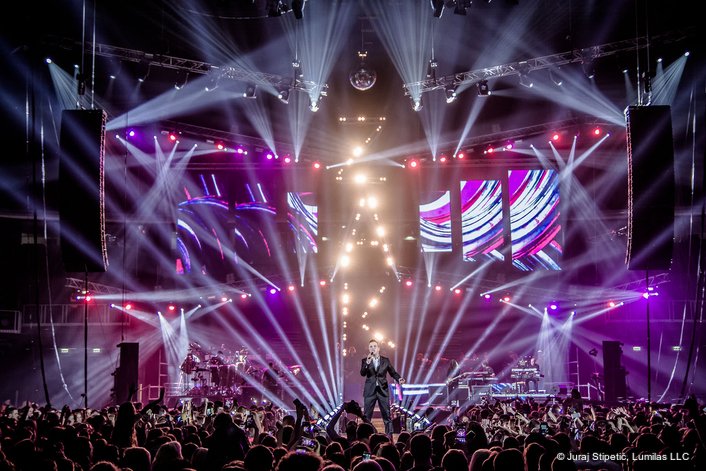 The ‘Z-A-K’ trussing was highlighted with 2-lite blinders all on separate dimmer channels allowing them to be mapped into a wide range of chases including one that spelt out his name in lights – a classic piece of pop aesthetics.

The Pointes were positioned all along four long trusses emanating from the ‘Z-A-K’ centrepiece, with the BMFL Spots hung on separate parallel trusses. The MMX WashBeams were on a front truss and used for keying and specials on Zak and his band.

It was a lively bling-tastic pop show with lots of big sumptuous looks, very up-beat, positive, colourful and bright, with plenty of colour effects zinging along and changing on the beat … and of course the must-have pop accoutrement of a large mirror ball, which was requested by the artist.

Once the initial design was complete and signed off, three weeks ahead of the show, the promoter cut a deal for it to be television on Croatian national channel HRT! 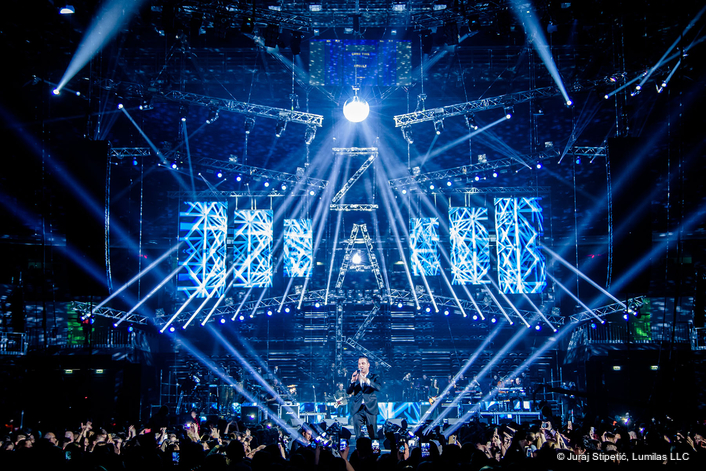 Not one to balk at this extra pressure, Sven decided – just to cover himself – that he would add 10 x 2K fresnels on a front truss for additional TV white light. As it turned out …he didn’t have to fire up once, as the 16 MMXs, even trimmed relatively high, did “such an excellent job” on camera. 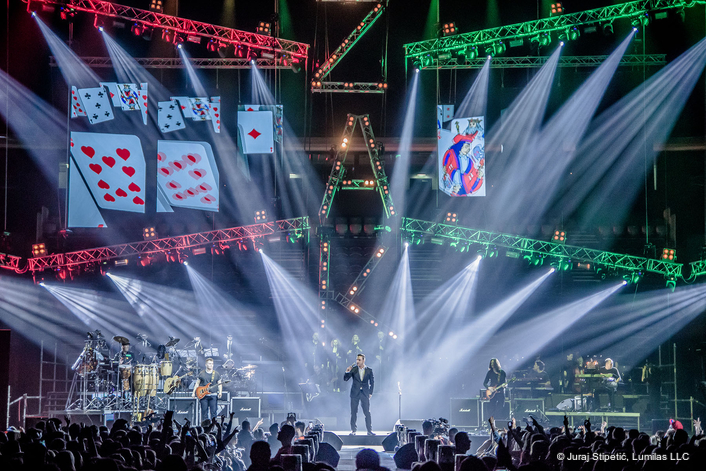 A major logistic on this show was keeping abreast of changes and updates as the date approached, elements like musical arrangements and other show components that needed the lighting to be closely choreographed with the lighting. On top of this, it was factoring in what was additionally needed to ensure the television producers had everything they needed.

On the day, Sven arrived first thing in the morning having come directly off another gig, and didn’t leave the grandMA2 console for several hours, finishing up the intense programming session 5 minutes before the doors opened. “I was delighted to know that we had rock-solid reliable Robe gear on it that was just going to keep working and not delay anything,” he says. 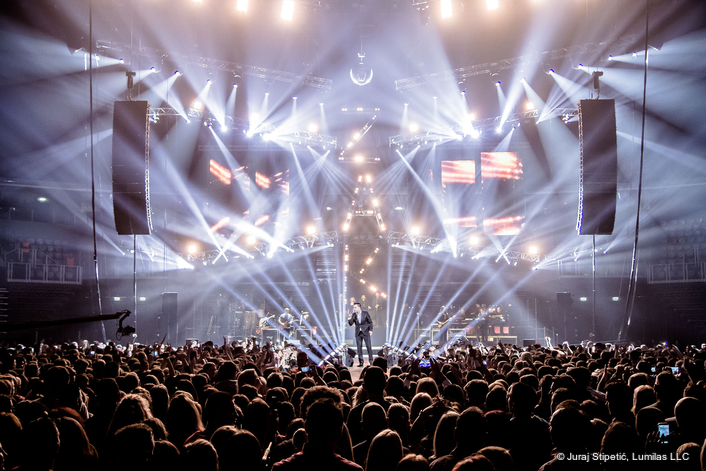 On site he also worked closely with HRT television lighting director Vesna Grgurević. He chose the video playback content which was prepared and played back for the show by David Plečko from ELDRA, whose lighting project managers Dario Katačić and Domagoj Pribanić were instrumental in making everything technically possible and run smoothly on the night.