Adlib in the Wildness with Snow Patrol 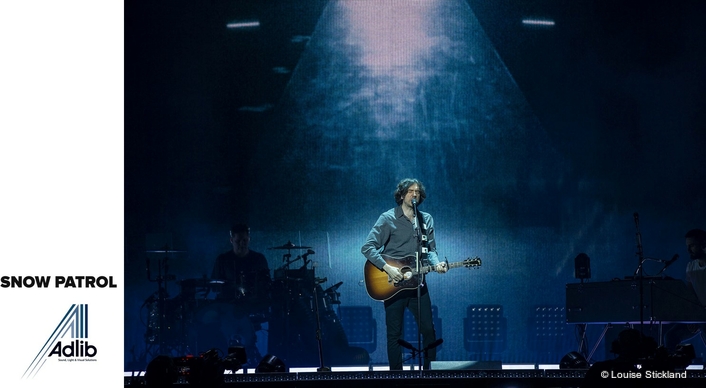 Northern Irish rockers Snow Patrol were back on the road after a 7-year break, reaching out to fans with their new 2018 album “Wildness” and a sold-out UK arena tour, getting their enthusiasm and talent for delivering dynamic and exciting live shows right on point, reconnecting with long term fans and dazzling new ones with the energy and magic of their music.

Adlib was delighted to be the audio provider, working with two highly talented engineers, Nigel Pepper mixing FOH and Jamie Hickey on monitors. Robin Scott was the legendary  and unflappable production manager at the helm, with Neil Mather the Mancunian tour manager, with whom Adlib has a long history and who has been described as “The most patient man in the world.”

Adlib provided crew, with top systems specialist Sam Proctor and an L-Acoustics system. Sam was joined by Terry Smith who looked after stage and monitors for Jamie, plus Aaron Greig and Neil Dodd who completed the audio crew.
The L-Acoustics K1 system was specified by Nigel.

Adlib had supplied a small PA and control package for some warm up shows mid-last year and has previously worked with both Nigel and Jamie to provide a touring control package to their specification on the band Foals. 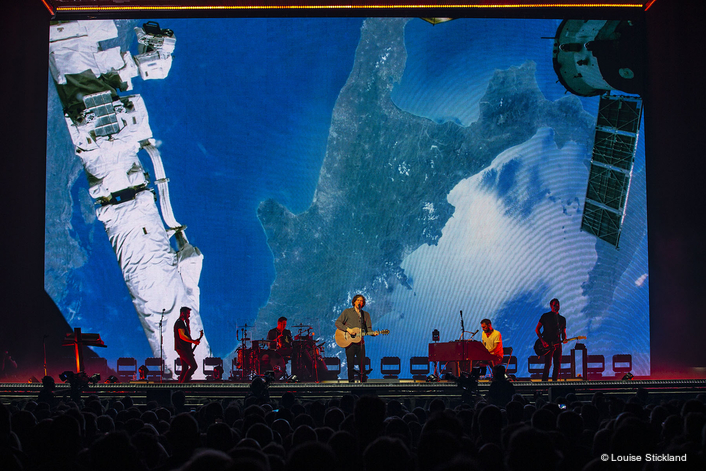 The Snow Patrol tour’s standard system configuration was 14 x K1 speakers a side with four KARA downfills – perfect for delivering the band’s characteristic robust and solid sound – together with eight K1 subs flown behind the main hangs to help direct the low end towards the back of arenas. These were supplemented by two side hangs of 12 x K2 speakers each.
On the floor were 21 x KS28 subs in a spaced array. Seven stacks of three high subs, each with a single L-Acoustics X8 on top for front fill.

This allowed each stack to be driven by a single amplifier, leading to tidy and logical cabling. The spaced sub array is Nigel and Sam’s preferred set-up for getting even and efficient coverage across the various rooms.

A flown cluster of four KARAs spec’d by Nigel eliminated the need for any infills, helping to keep the stage completely free, which was both an acoustic and an aesthetic decision leaving a clear stage and a flat floorspace uninterrupted by black boxes!

All speakers were driven by L-Acoustics’ LA12x amplifiers and all the processing completed at FOH via a Newton multi-source processor. These have been available for around a year and are fast becoming an Adlib standard. Sam has optimized his workflow to put the Newton at the centre of the processing operation, handling all the delays and EQ for each zone of the PA, as well as being a front-end matrix mixer to get all consoles into the system. 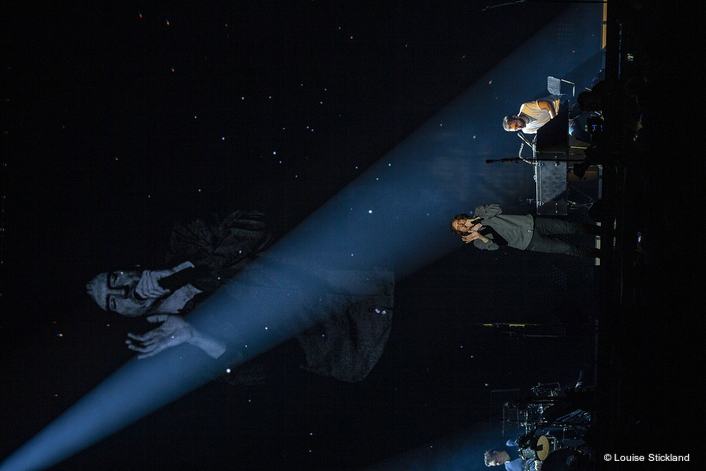 Nigel’s console of choice is the Midas PROX which he ran with a selection of carefully chosen outboards.
He’s mixed Snow Patrol since the last section of the previous touring activity in 2011, and specified the L-Acoustics system because of a long history with the brand … and he likes having a load of 15-inch drivers in the system!

In terms of the ‘style’ of sound, it’s big, bold, assertive with multiple dynamics and plenty of drama, especially in the louder bits. He’s not trying to replicate the recorded music in a live context, rather embrace the organic forces of a mix that is every bit truly ‘live’ and bursting with raw, gritty energy and detail.

One of the many reasons Nigel feels so at home with the PROX is because he cut his engineering teeth in an analogue world, and this console has “really excellent” sounding mic amps and EQ among other elements, including the quick and responsive physical input to the faders.
Nigel outlines the importance of being able to ‘feel’ the mix’, and related to that, the necessity to have quick and direct access to all the parameters he uses constantly like snapshots.

With up to 100 inputs, he finds the console hugely flexible for this MO of mixing and the colour coding is another important part of the console customisation allowing him to have everything he needs at his fingertips.
The outboards were all chosen … because he likes them!

There is some science to it as well! Like the console, he wants to be able to grab and manipulate quickly and hear results immediately. The quest is to keep the mix clean and simple, so they are all selected for sonic tactility and to add character to the mix.

There are distressors on lead singer Gary Lightbody’s vocal and across the bass group … ‘real’ ones which he can physically tweak! There’re some Tube Tech valve compressors for nice “crunch” effects on the acoustic and electric guitars, and some classic dbx compressors are constantly used for additional punch and impact … harking back to the Midas XL4 days.

“Compression is really important to me, especially for those sections when I’m mixing right up to dB limits” he commented.
He used some UAD plug-ins for the first time on this tour which he likes – especially the extra distressors which can “glue everything together”.
“Some of the old-skool things sound very nice. As well as great reproduction, you can actually hear so distinctively what they do!”

He multi-tracks the show each night, which is used for virtual sound checks, effectively replicating the real musicians and show volumes to give a good representation of what the mix will do in a venue and how the acoustics will interact – all to get the best possible result.

“The band are great to work with” he reports, adding that you receive plenty of input about what they want, they are generally very encouraging, extremely vocal about what they don’t like as well … AND receptive to his suggestions and ideas.
“You definitely know where you stand!”

Gary Lightbody uses a Sennheiser SKM5200ii RF transmitter with a DPA D:facto capsule which both Nigel and Jamie love. It really suits his voice, which has a natural sibilance, so the brightness and clarity of the mic is ideal.
His vocals sit high in the mix and it’s vital to the audience experience that they hear the lyrics crystal clear.
Nigel enjoys working with Adlib immensely, the company is “first choice” for both him and Jamie. 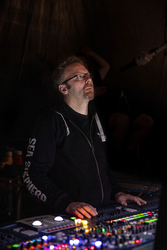 He highlights their “nice approach”, the fact that their system is “scalable and flexible” and the “outstanding service and technical knowledge” in addition to the fact that “all of the Adlib crews genuinely love and understand music which makes a massive difference to attitude, enthusiasm and getting a great sound for the artist”.
He comments that Sam delivers a very ‘musical’ sounding PA every day. “They all work extremely hard as a team and are passionate about what they do” he concludes.

Jamie Hickey has been with Snow Patrol since January 2018. With the band having not toured for seven years, some of the initial focus was dedicated to finding the newest technologies to suit their monitoring needs … for which Jamie received carte blanche to suggest and trial.
Jamie is using Sennheiser 2000 IEMs, and there are 5 band mixes plus a spare.  Additional mixes include a guest mix, five tech mixes, a management mix and a cue mix.

With 88 inputs coming from the stage, Jamie’s desk was a DiGiCo SD7 which he ran with 32-bit input preamp cards. He likes saying ‘yes’ to artist’s requests ... and for that he needs plenty of power and headroom. Jamie says “the SD7 is the best thing out there right now! It’s rock solid and has never let me down “.
He’s used DiGiCo for the last 6 years and it’s currently the only console brand he would spec!

Adlib created one of their famous ‘stage wardrobes’ – custom made to Jamie’s spec. This accommodated 48U of pre-wired stage racks and power distro in a quickly deployable format each day, so Terry Smith had just three cables to connect between the console and the wardrobe. The wardrobe concept is also ideal for festival scenarios!
Jamie has worked with Adlib before, initially in 2012 with the Liverpool based company as his audio vendor, and then in reverse role the next year when he was one of the technical team for the Summertime Ball at Wembley Stadium – a gig serviced by Adlib for the last several years. 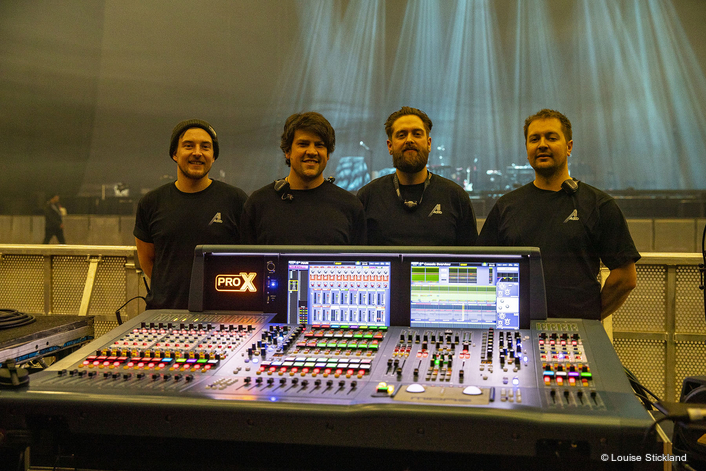 “That was the start of a beautiful relationship” he comments.
The challenge at the stage end of the Snow Patrol equation was literally ‘doing monitors’. The band are all very experienced with “high standards” relates Jamie. “They are very straight-up, but they have certain standards that have to be met”. After establishing this, it was down to him to evolve and make it a seamless process.

He echoes Nigel’s comments that the band are great people and personalities and remarks on the high level of respect between band and crew. Jamie concludes that working with this Adlib crew left him free to concentrate on doing his primary job of ensuring the band had the best possible gig every night.
Adlib supplied a full touring mics-and-stands package for the two opening acts together with a support monitor system and two Midas PRO2 consoles.